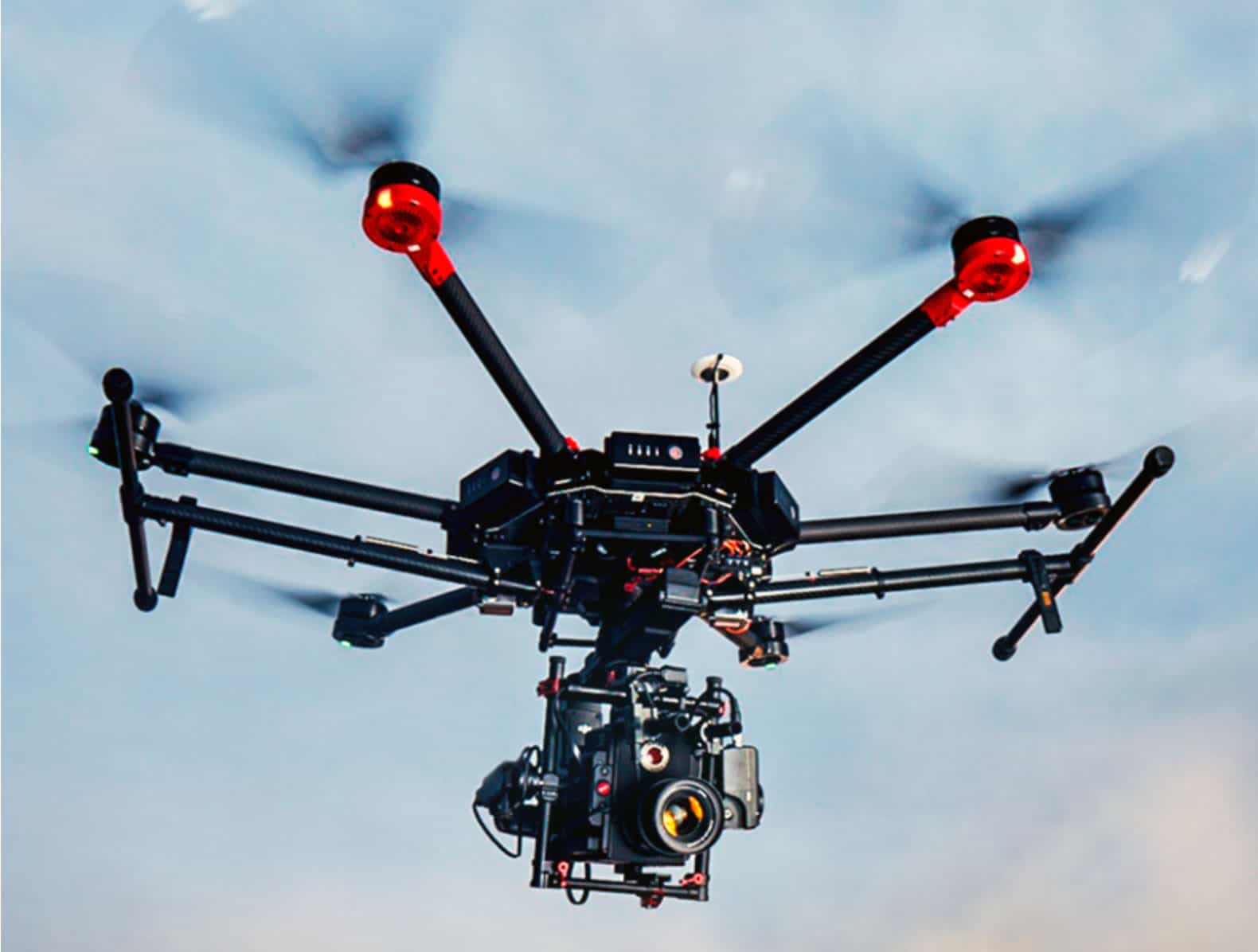 Matrice 600 is the newest and most capable aerial photography drone that is designed to lift a massive camera rig along with a supported mount. It works with the support of DJI technologies, the Zenmuse Z15 series, and Ronin-MX while in the air.

It is designed by the DJI company for filmmakers and industrial applications, and it is the most powerful to ever produced. The Matrice 600 hexacopter offers smart capabilities to its users, hence making filming aerial scenes a total breeze. It has the capability to hoist RED’s Epic into the sky by the filmmakers.

The Matrice 600has the following features:

1. It has six rotors which can lift up to 6kgs.

2. It transmits 1080p video at 60 frames per second up to a distance of 5 kilometers through the new Lightbridge 2 video and A3 flight controller transmission technology.

3. It has a collection of six batteries which continue to work even if one battery fails and are controlled by one button for turning them on.

4. It can fly for 16 minutes if it has the Red Epic or even 36 minutes with the Zenmuse Z5 camera.

5. It has a supportive a DJI GO app that will allow you to monitor live feeds, battery and idleness status and transmission strength. You can be able to adjust the shutter speed, camera aperture, video and photo capture with the Zenmuse X-series cameras.

6. It has A3- a new flight controller- and 3 GPS units and IMUs that will allow it to determine its position and also repeat a flight path with centimeter precision for a specific shot. You can upgrade the A3 system to A3 PRO, which uses data from 3 inertial measurement units and 3 GPS systems. You can further upgrade the system to DJI Real-Time Kinetic technology where it gives centimeter accurate flight patterns to be duplicated so that you can get the similar shot every time

7. It has a dust proof propulsion system which makes maintenance simple and has actively cooled down motors, hence reliable operation during a long period.

The M600 is completely compatible with the DJI Onboard SDK and Mobile SDK hence they meet the requirements of that building software for industrial applications. You can connect DJI device including the Guidance sensor system, RTK GNSS units or any other third party components that you choose through the dual parallel API has CAN ports.

The DJI MATRICE 600 costs about $4599 and it is available now. DJI also introduced a variety of compatible gimbals which will give users supreme control over which camera to use while shooting. The Ronin-MX can be attached to the UAV and it instantly gives you the ability to control the drone by continuously rotating 360 degrees without locking and maintain the flight for about 15 minutes while having a 13-pound payload.

Why Surfing is Harder than Skateboarding