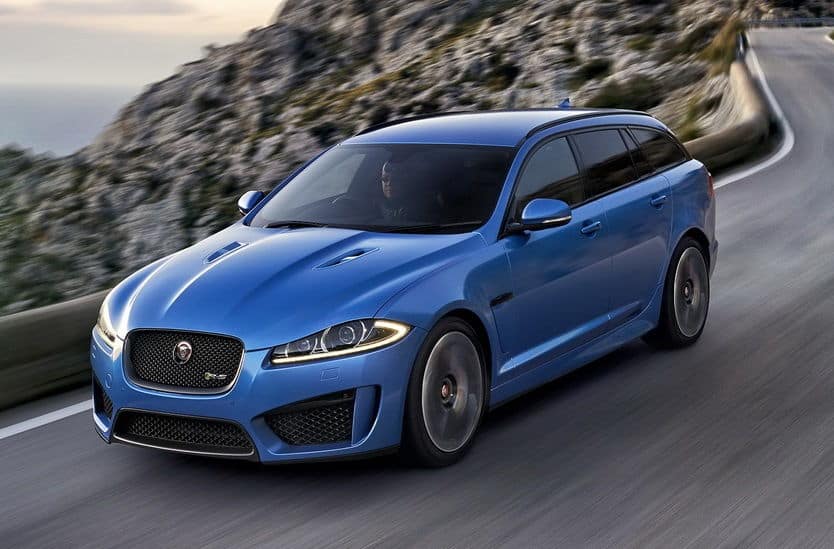 We’ve previously written about the Jaguar XF Sportbrake (fancy word for station wagon) and the Jaguar XFR-S sedan, but we’ve never written about the Jag XFR-S Sportbrake.  Because up until now that combination didn’t exist, so Jaguar decided to spice things up for a limited number of European customers.  The XFR-S Sportbrake will not be available in North America; the car will make its official debut at the Geneva Motor Show next month.

Like the Jag XFR-S Sedan, the wagon is powered by the sweet sounding supercharged 5.0 liter V8 engine that produces 542 horsepower and 502 pound-feet of torque, sent to the rear wheels via an 8-speed automatic transmission with paddle shifters.  This “grocery getter” sprints to 60 mph in just 4.6 seconds and allows you to drop off the kids at soccer practice by getting there before anyone else with its electronically limited top speed of 186 mph (300 km/h). 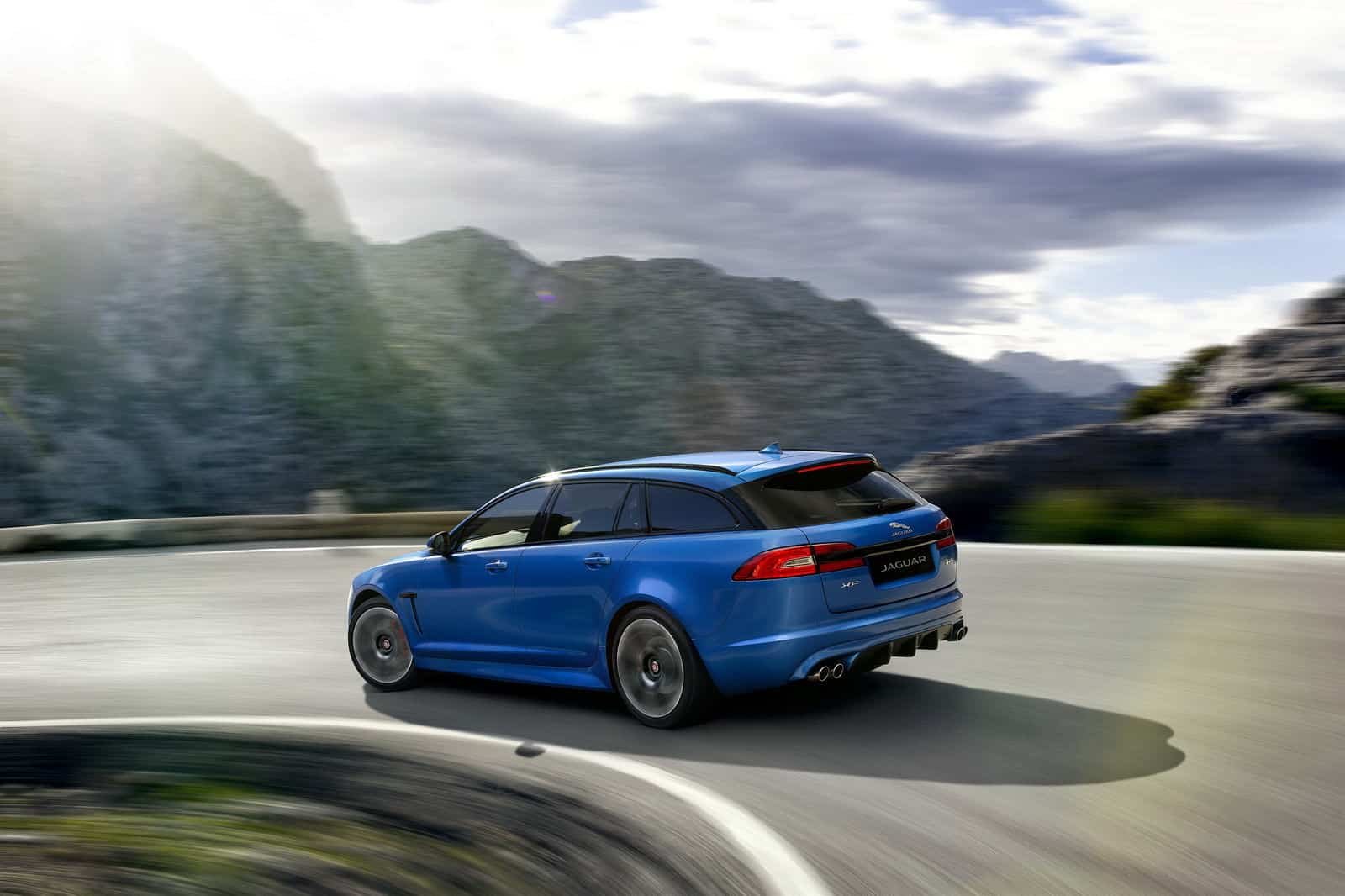 I’ve always been a fan of the styling on the XF sedan and even liked how Jaguar made the sedan into a station wagon without making it ugly.  The XFR-S Sportbrake looks like the regular wagon with the front styling from the XFR-S sedan and thankfully leaving out the massive spoiler from that car.  The car has bigger wheels and lower ride height that the regular XF wagon.