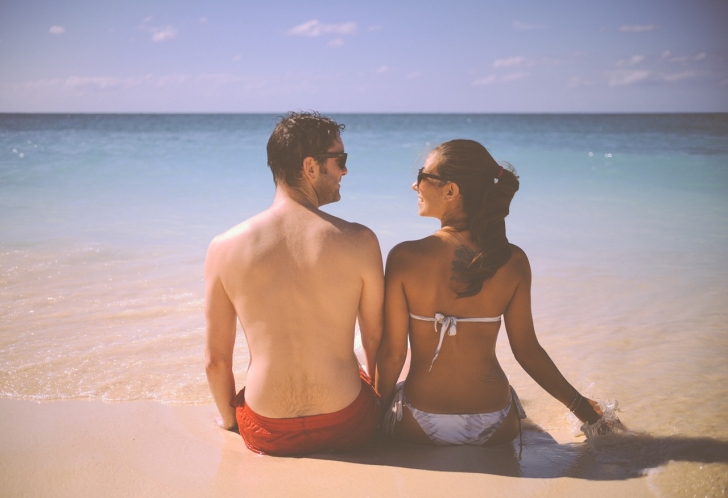 How to Be a Better Boyfriend: 10 Tips That Will Change Your Life

Being in a relationship is tough. There’s always an unspoken tug of war going on between the two of you. Sometimes, just understanding each other could be a chore in itself and will make you question if there is really something you are doing quite wrong.

All of this love lingo could be a daunting task, but it may not also be as tough as you initially assumed. We’ve listed down 10 pieces of advice to strengthen that bond called love.

So what does it take to be a great boyfriend?

One thing that we, men, often got wrong is that keeping a relationship hot and spicy are those grand gestures. We are talking about kneeling down at the base of Eiffel tower level of grandiose. Perhaps, something like that does at times. However, such is not always the case.

As important it is to plan something extra special once in a while would definitely help your relationship, but do not overlook the little things. Most of the time, those little things are what gives her the assurance that you love her and how grateful you are for having her in your life. It can be as simple as making her coffee while you watch a movie or making her a hot bath during her red days.

This is one of the most useful boyfriend tips I can suggest. Similar to the first point, we often assume that being romantic equates to chocolates, flowers, gifts, and 5 star restaurant dates. Again, that’s not necessarily wrong, but it’s not necessarily right either. Your life as a couple does not only exist during those times. It continues every single day.

Go on and ask her on a random date out of the blue. You need not to put holes in your pockets to set up something sweet and special. Watching a movie, a picnic in the park, or even reminiscing special occasions are great options without needing to spend much.

As a man, we are somehow too trained and conditioned to carry everything on our shoulders. We somehow think that doing all the work equates to manliness and romance. That is true if we are in some cheap romantic movie. In reality, doing this actually creates gaps in a relationship.

Being open with each other is very important. More so, you don’t want your significant other feeling useless in any situation. We know that our instincts tell us to take her tasks and do everything for her. That sometimes makes things worse. Next time, however, let her do a small but significant role while doing anything. You’ll see what we mean.

During the courting phase, we logically take care of our appearances. However, this somehow drastically drops after entering the relationship. We know, most of us fail at this. However, being in a relationship is not a go signal to allow yourself to look like a wild boar.

In your bid to become a better boyfriend, make sure that you are taking care of yourself as well. No need to look like Brad Pitt. A mere proper hygiene and proper clothes should do the job well.

It goes without saying that sex plays a big part in the relationship. It’s more than just the ecstatic feeling during climax, but the entire act releases endorphins that keep you attracted to each other.

You naturally cannot expect to have the wild sex drive of pubescent teen on your late thirties, but do not let that stop you from engaging in sex. If you do so, you’re only punishing both you and your partner.

Your significant other may already love you for who you are. However, it’s always a proud moment to see your partner grow as a person and as a human. This should be your main focus on your quest to be a better boyfriend.

Some “me” time is your right and need for sanity’s sake. Having no time to do what you love or go out with friends will drive anybody insane. However, that does not mean that your significant other is a separate universe from your circle of friends. If this is the case, she will most definitely feel that you are ashamed of her. This will almost always lead to a bad scenario.

By this, we don’t mean to look for separate hobbies to keep yourselves occupied. What we meant is look for a hobby that both of you can enjoy together. If you enjoy something, try tagging her along. If she didn’t like the activity, don’t push it, and instead try another. Don’t push a hobby on her, let her find something that she naturally likes. No one likes an unnecessarily pushy boyfriend.

On the other hand, that does not mean that you should just sit down and wait. Communicate and try new things together. Who knows, you might find cornhole as something fun and enjoyable. Don’t be afraid of trying new things. Hell, maybe trying new things could be your new joint hobby.

Support is a basic foundation of a relationship. It goes without saying that each of you should support each other, but it still somehow gets overlooked most of the time. Just like most people, your significant others may have huge down times or times of doubting herself. Be it due to small or big life changing reasons.

During these times, it’s important that you become a pillar to support her. This could mean all kinds of support: physical, emotional, mental, psychological, and even financial. However, it can also be as little as saying a few words of encouragement.

A perfect boyfriend only exists in some fantasy book or movie. Don’t blame yourself for being imperfect. After all, you’re still a human being. Nevertheless, you shouldn’t use that as an excuse to shut every opinion and only think about yourself.

What did I miss?

Got some useful tips of your own? We’re always looking for ways to be the best boyfriend we possibly can, so leave me a comment below with your ideas and I’ll add them to the article.

Originally published on April 21, 2020 in Relationships