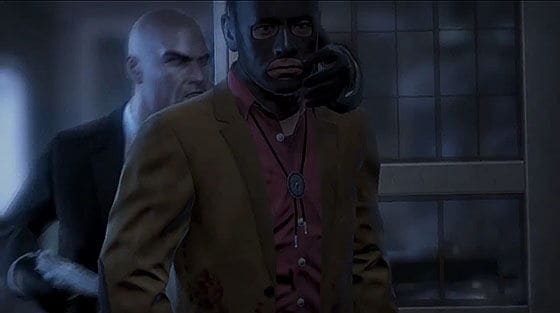 The Spike Video Game Awards (VGA) are taking place now, and we’re seeing a ton of great new trailers and game announcements. Among the slew of media is this brand new trailer for Hitman: Absolution. We’ve seen a few Absolution videos over the past few months, and I’ve seen enough footage to start coming up with my own conclusions surrounding the events of the upcoming game. It’s clear to me that at the end of Hitman: Blood Money, Diana (Agent 47’s handler) used the power of science to create her very own time machine. She then traveled into the future, found a way to make herself younger, and then warped back in time to once again chill with Agent 47. Oh, and she’s his sister… and they’re in love. Call me crazy, but I’m betting on at least a few kinky make-out scenes.

Honestly, though, despite my absolute infatuation with the Hitman series, I’m begginning to doubt that Hitman: Absolution will follow the gameplay mechanics that made the series so enjoyable for me. That doesn’t mean they’re wrong, simply that they’re going in another direction which looks a lot more… action oriented. Trailers are often over the top to attract attention, but this is certainly the most violent Agent 47 I’ve seen in the series so far. Long gone are the days of the silent assassin, if these trailers are any indication. This wouldn’t be so bad in its own right if not for the fact that Eidos dropped the voice of Agent 47, David Bateson. Why? Who knows. And the game’s music, generally composed by the infamous Jesper Kyd? Nah, dropped him too.

Now, to end this on a high note I will say that the graphics look amazing, especially the cloth physics. Eidos has done an excellent job on the Glacier 2 engine, and I look forward to trying it for myself when the game drops next year. Though I have my reservations, I still have a soft spot in my heart for the Hitman team, and I’m certainly willing to give Hitman: Absolution a try. Let’s hope the action oriented trailer is just for show, and that they haven’t actually fucked up the gameplay.

Absolution is slated to hit store shelves sometime next year.