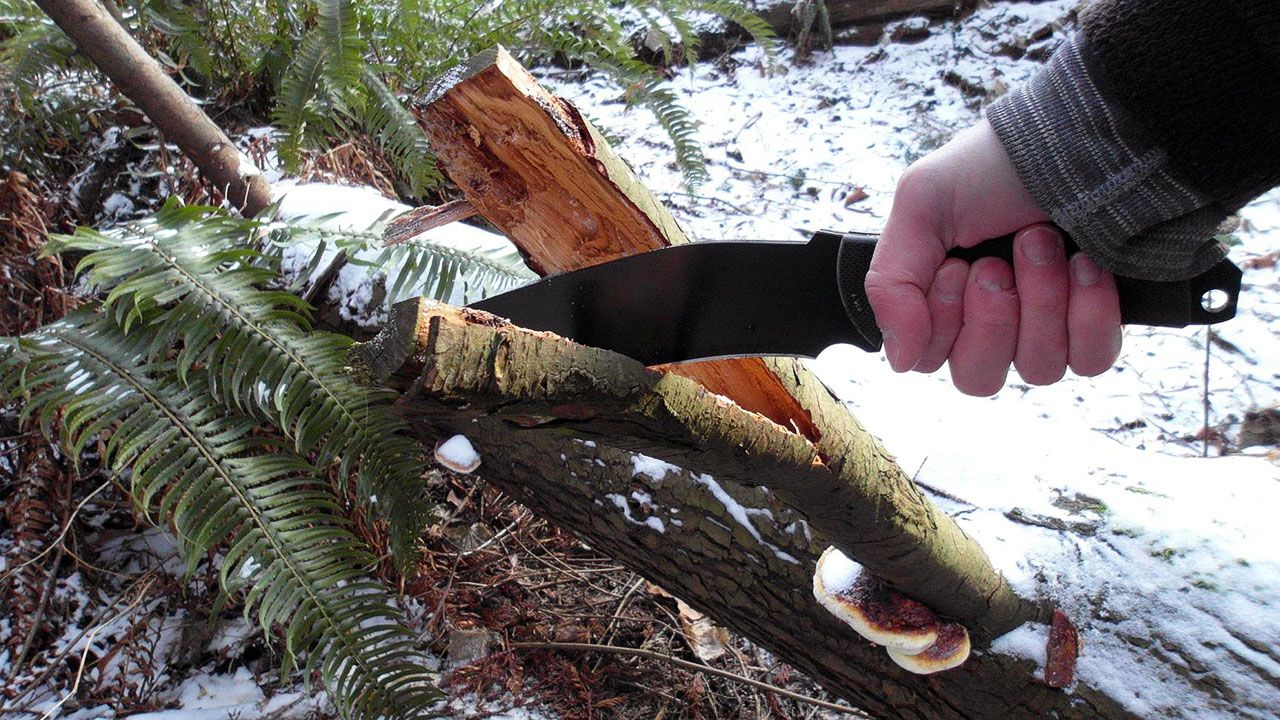 Months ago, I started looking around for a new fixed-blade knife. I’ve owned dozens of blades over the years, but almost all of them have been folding knives. They’re a great style of knife, but there’s something uniquely satisfying about owning a good, solid fixed blade. A blade that would be tough enough to endure the test of time and that I could see one day hand down to my children; if I were ever insane enough to have some.

After a lot of searching, I stumbled onto a company called Grayman Knives.

What’s the deal with Grayman Knives?

Grayman Knives is a mom-and-pop knife-making operation run by Mike Grayman out of Lake Arrowhead, California. After retiring from the military, Mike spent years distilling the knowledge he acquired on the African continent to create a wide range of high-quality, ultra-durable tools and survival knives.

With so many choices, it was tough to decide. I browsed around and eventually settled on the Grayman Darfur Defender. It’s a single bevel, a single-edged fighter with a subtle re-curve. After having given it a beating, here’s what I think…

What I like about the Grayman Knives Darfur Defender…

Mike says his blades aren’t always pretty, and I don’t see it this way. The Darfur Defender is one of the sexiest, most practical fixed blades I’ve owned. My one gripe is simply that the knife is so damn heavy, but after you experience the ease of chopping through a log, you quickly forget about the weight.

Photos of the Darfur Defender in the Woods

This is the Cordura sheath that comes with the knife. It’s simple, but it does the job. The snap ensures the blade stays stowed securely in the sheath instead of falling on your foot. I assure you that would be unpleasant.

I love the slight curvature of the blade. Perhaps there’s a functional reason for it, but the aesthetics alone sold me.

The Defender made it laughably easy to slice through logs and branches. The weight alone makes it almost impossible not to, and that’s a good thing. The fact that the blade is versatile enough to serve as a delicate cutting tool while emulating the functionality of a machete is rather impressive.

Yes, it is balanced enough to throw. It may take you a few tosses to get used to the weight, but otherwise, it flies pretty well.

And last but certainly not least, the custom engraving. Thanks, Mike!

If you’re in the market for a bench-made fixed blade knife, I highly recommend considering either the Darfur Defender or another of the many fine knives Mike creates. They’re tough, good-looking, and hold an edge no matter what abuse you throw at them.

You can pick up the Darfur Defender for $255 USD.

Why Do Some Instagram Models Change Their Stage Names?

Why Men Tend To Gamble More Than Women