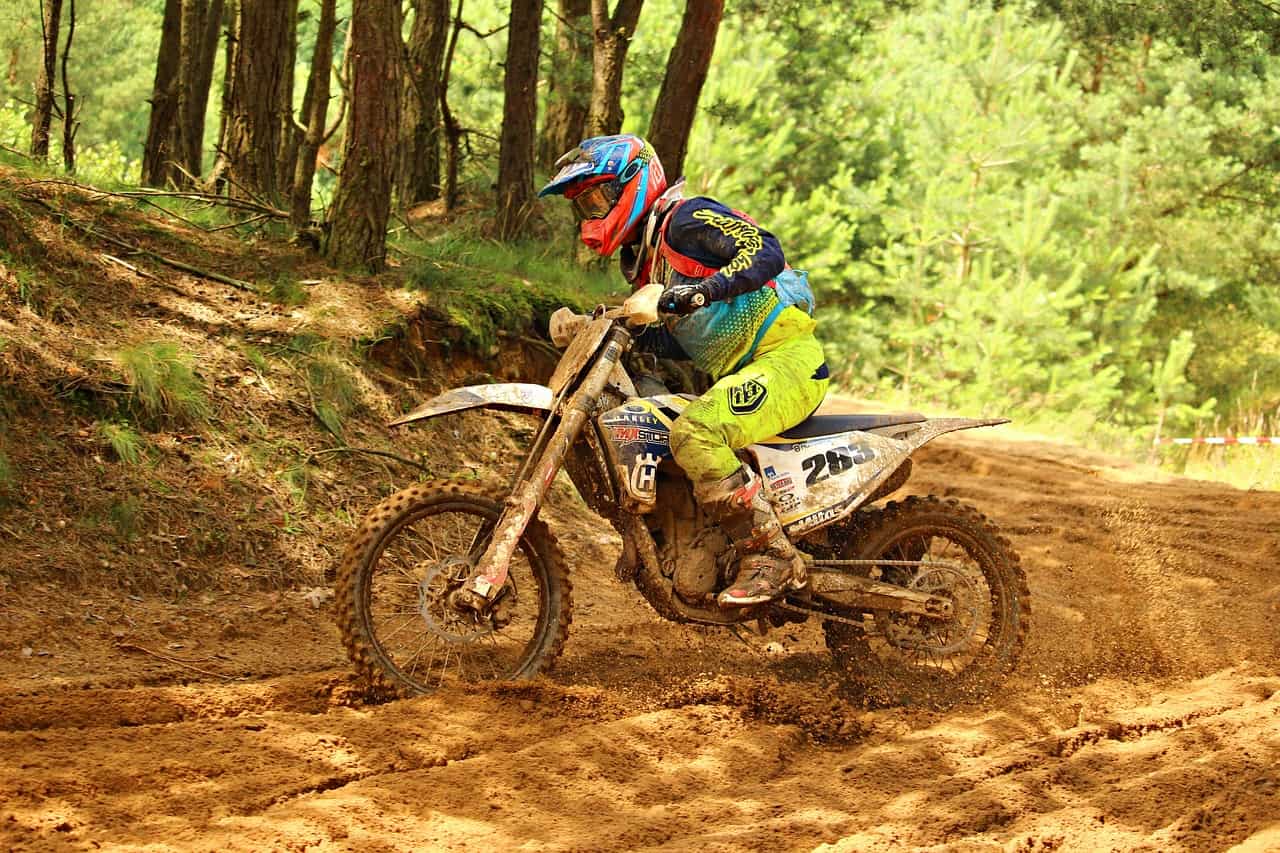 Dirt bikes are incredibly popular these days. From the thrill of crashing through the backwoods to the competitive side of the market, thousands of people are now enjoying all the benefits and versatility dirt bikes have to offer. They’re also gaining ground among people of all ages, genders, and backgrounds. Several types, brands, and models of dirt bikes are on the market, giving those who are interested a vast selection to choose from. Still, quite a few people like to truly make their bikes their own. If you’re among them, there are plenty of ways to customize a dirt bike to give your personal flair.

Having a new paint job applied to a dirt bike is one of the simplest and most versatile customization methods. There are literally no limits to the colors, designs, and other details you can add to the bike. At the same time, decals like those available from Senge Graphics can take your personalization efforts to entirely new levels.

2) Ramp up the Exhaust

Adding new exhaust pipes to the mix is also a great way to make a bike your own. Dozens of exhaust systems are on the market ranging from factory upgrades to aftermarket alternatives. You might be surprised at how much they’ll change the look of a bike as well as the way it sounds.

Several types of tires are available as well. Some can enhance the dirt bike’s off-roading capabilities whereas others are designed from more of an aesthetic perspective. Some are narrow while others are wide. If you find the right types of tires for your needs, they can really set off the bike.

Foot pegs are integral components of bikes. They’re also often overlooked. With a new set of foot pegs, though, you can make your bike look amazing while also enhancing its comfort levels and boosting your ability to control it.

Changing out the seat is yet another great way to improve the appearance of a dirt bike and make it more comfortable. You can have a custom seat designed just for your size, build, and riding style or go with one of the more general models on the market. Either way, it’ll make a major difference in the way the bike looks and feels.

Many people think the grips don’t make much of a difference in a dirt bike. They’re wrong. With the right grips in place, your hands will be more comfortable while riding. They won’t cramp up as much, and you can even install heated grips for those colder days.

Many riders look for bikes that don’t have windscreens or remove them from the bikes that are equipped with them. They feel the windscreen detracts from the look of the bike. Having said that, wind can have a significant impact when you’re riding and even make the bike less safe. Though it’s important to learn ways to counteract the effects of wind, installing a windscreen on the bike can make it safer while also enhancing its appearance.

8) Get a Sound System

It’s no secret that going for a drive in a car with the radio blaring can be incredibly cathartic. An outing on a dirt bike can be therapeutic as well. Why not install a sound system on your bike to combine the benefits of the two experiences?

Numerous types of lighting are at your disposal. Some are designed to help you see better while riding in the dark. Others are meant to make you more visible to others. Of course, plenty of them can also give your bike a unique flair.

Dirt bikes are built to take a beating and handle all the hazards off-roading can send your way. Still, many factory suspension systems leave a lot to be desired. Consider beefing up the suspension to improve your bike’s performance and handling.

Making a Dirt Bike Your Own

Those are some of the most common ways people customize their dirt bikes. From giving the bike a new look to making it more comfortable to ride, they’ll go a long way toward helping you make the most of the riding experience. Don’t be afraid to branch out and add some personal flair to the mix to make that bike your own.

Ready To Start Your Own Home Improvement Business? Here’s How!