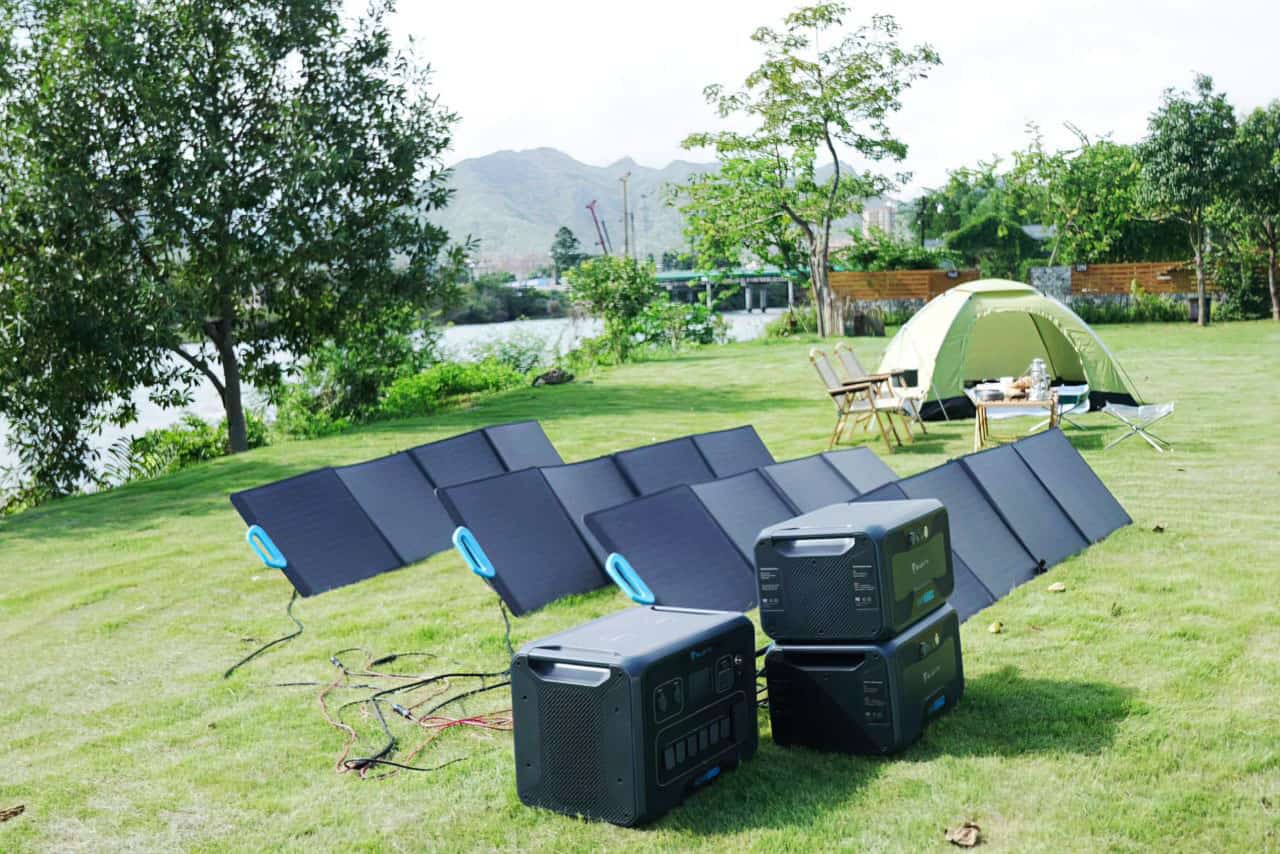 The wild can offer a break from the hustle and bustle of city life. A campfire under the night sky or a good hike can let you leave all the stress of life behind. We’ve grown attached to our technology though, so when your phone’s battery is running low, you have cause for worry. Portable solar panels and solar generators are simple and eco-friendly ways to stay powered on your adventures. They also offer a not-too-expensive way for a newcomer to forage into Green energy.

If you only need to generate solar power once in a while, then these are a perfect fit for you. Portable solar systems are also a great way to add to a collection of existing solar panel installations. If you have a rooftop installation, you can add the portable panels for when you need to go out to a place where there’s inadequate solar supply.

Bluetti’s solar panels are not as old as their power stations. The first Bluetti solar panel, the SP120 was released in July 2020, along with the popular AC200 power station. In January 2021, they announced a bigger 200W SP200 with a power station tailored towards home use, the EP500, which also had a Pro version. Solar panel models are widely recommended and enjoyed around the world. Personally though, I have enjoyed using the SP200 far more than any other portable solar system I’ve used.

This fall, Bluetti updated their catalog; releasing two new models, the PV120 and PV200. They were accompanied by the release of their new expandable power stations; the AC300 and AC200MAX.

Here’s a closer look at all the changes that were made to the SP model solar panels:

The PV series solar panels come equipped with integrated handles, constructed from durable blue ABS material. On the bottom lip of their handles, the small Bluetti logos add to the rugged auras emanating from these machines. On the other hand, the SP series has a black rubber handle and is coloured a deeper black, which perfectly sets off the better looking Bluetti logos on the ends of the panels.

The PV series sports a custom built waterproof design that protects all the solar cells, while the panels on the SP series are all stitched together on a large background.

The PV series got rid of the metal rings that could be used to hang the SP series up.

The kickstand of the PV 200 was redesigned. It now comes equipped with a snap fastener design, letting the user orient the panel to more angles.

Both solar panel series are sized similarly. The PV panels are slightly heavier though, due to their advanced waterproofing.

Solar cell efficiency is governed by several factors, foremost of which is their solar cell type. Monocrystalline cells are constructed from a single huge crystal of Silicon. They are quite efficient, being able to produce a relatively high amount of power even when the weather is less than ideal.They are the most expensive type of solar cell, but they are also more durable and less sensitive to temperature than the other types.

Both of Bluetti’s solar panel series are made with Monocrystalline silicon, which boosts their overall efficiency by about 25% on average.

No solar power user likes shade. Even what seems like minimal shading can disrupt the entire system since panels have to be at similar voltages to their neighbours in the same section. As little as 10% of cover on a solar panel can cause you to lose almost half of your power supply from the panel.

That’s why the most significant upgrade on the PV series over the SP ones is the change in the connection type on the solar cells. This means that each circuit on the panel runs alone. If there’s any shading, you only lose the power from the portion that’s covered. When shaded, a solar panel’s efficiency drops. This leads to a drop in performance as well. Environmental obstructions like trees, buildings, or trees all cause shading. You can insure yourself against shade using Bluetti’s PV200 or PV120.

The sale will end at PDT 7:00pm on September 30th , only a week left! Grab your discount while it lasts: https://www.bluettipower.com/pages/ac300debutsale

6 Things You Didn’t Know About Bankruptcy