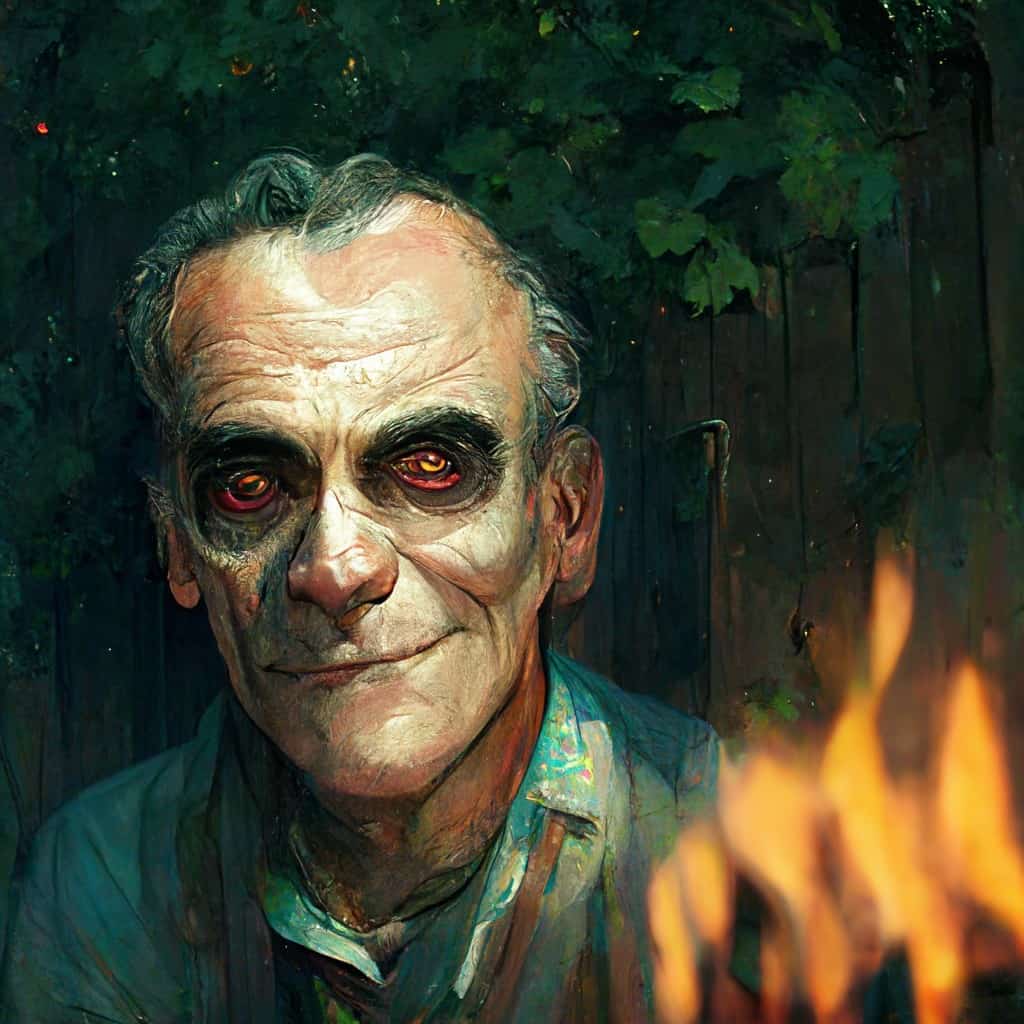 We’ve all been there. You’re at a family gathering and spot him across the room.

He’s leering at you from under his bushy eyebrows, and he seems… off.

But how can you be sure that he’s actually a creepy uncle?

Unfortunately, there is no definitive answer to this question. Creepy uncles come in many different shapes and sizes, and they can be difficult to spot if you don’t know what to look for.

However, there are some general characteristics that most creepy uncles share.

How to Spot a Creepy Uncle

We all have that one uncle we try to avoid at family gatherings. The one always makes us uncomfortable with his creepy comments and stares.

But how can you tell if someone is just a little bit awkward or if they’re actually a Creepy uncle?

Here are some warning signs to look out for:

1. They Make You Feel Uncomfortable:

This is probably the most obvious sign that someone is creepy. If they make you feel uncomfortable, it’s probably because they’re doing something creepy.

Creepy people tend to stare at you, especially when you’re not looking at them. It’s like they’re trying to look into your soul or something.

Creepy people often make comments that are inappropriate for the situation. They might say something sexual when you’re not expecting it or make a racist joke.

Creepy people are often touchy-feely, even if you don’t want them to be. They might try to hug you or put their hand on your shoulder.

5. They Invade Your Personal Space

Creepy people tend to stand too close to you, even when there’s plenty of room to back away. It’s like they’re trying to invade your personal space.

If you see any of these warning signs, it’s probably best to stay away from that person. They might be a creepy uncle, and you don’t want to end up in their clutches!

The Psychology of a Creepy Uncle

When you think of a creepy uncle, you might think of someone who’s a little too handsy with the kids or who tells off-color jokes. But there’s a little more to it than that.

They might be the life of the party, always ready with a joke or a funny story. But there’s something a little off about their charm.

They might also invade personal space, standing a little too close or leaning in a little too much when they talk. Creepy uncles (and creepy people in general) often have a hard time taking no for an answer.

They might keep talking even when it’s clear that the other person wants them to stop, or they might try to touch someone even when they’ve been told not to.

So what’s the psychology behind all of this?

There are a few different theories. One is that creepy people are often trying to compensate for something.

Whatever the reason, it’s important to remember that creepy people are often just that:

Creepy. They’re not necessarily bad people, but they can make people feel uncomfortable.

If you have a creepy uncle (or anyone else who makes you feel uneasy), it’s OK to distance yourself. You don’t have to be friends with everyone, and you don’t have to tolerate being made to feel uncomfortable.

Some of history’s most famous uncles have been pretty creepy.

Here are a few of the most famous creepy uncles in history:

This famous uncle is probably one of the creepiest. He is often depicted as a tall, thin man with a long nose and a top hat.

He is also usually shown carrying a large sack of money.

Uncle Fester is a character from the popular TV show, The Addams Family. He is a tall, thin man with a bald head and a large nose.

He is always shown wearing a black suit and is often up to no good.

Uncle Joe is a character from the popular TV show, The Beverly Hillbillies. He is a short, fat man with a bald head and a large nose.

He is always shown wearing a red suit and likes to creep around.

Uncle Harry is a character from the popular movie Harry Potter. He is a tall, thin man with a long nose and a bald head.

He is always shown wearing a black robe, and he is always up to no good.

Uncle Creepy is a character from the popular comic book, Creepy. He is a tall, thin man with a long nose and a bald head.

He often wears a black suit and is always causing trouble.

Do you have a favorite creepy uncle?

It seems like every family has that one creepy uncle. You know the one.

Here are just a few examples:

In the TV show Buffy the Vampire Slayer, there’s a character named Spike who is a vampire. He’s also Buffy’s creepy uncle.

He’s always trying to get her to turn into a vampire like him and lurking around, making everyone feel uncomfortable. In Psycho, the main character, Norman Bates, is a creepy uncle.

He lives with his mother in a creepy house and has a creepy obsession with her. He eventually kills her and tries to cover it up.

In The Shining, the main character, Jack Torrance, is a creepy uncle. He’s a writer who takes a job as a caretaker at a hotel.

He brings his family with him, and he starts to go crazy. He starts to see ghosts, and he tries to kill his family.

These are just a few examples of creepy uncles in pop culture. There are plenty of other people who have creepy uncles, too.

How to Deal With a Creepy Uncle

Here are a few tips on how to deal with a creepy uncle:

If your uncle tries to get too close to you, keeping your distance is essential. You don’t want to allow him to make you feel uncomfortable.

2. Avoid Being Alone With Him.

If possible, try to avoid being alone with your uncle. If you can’t avoid it, ensure there are other people around so you don’t feel so uncomfortable.

3. Stand Up for Yourself.

If your uncle says or does something that makes you feel uncomfortable, it’s essential to stand up for yourself. Tell him you don’t appreciate his behavior and will not tolerate it.

4. Talk to Someone You Trust.

Are you feeling super creeped out by your uncle? It’s important to talk to someone you trust about it. This can help you figure out how to deal with the situation and make sure you’re not overreacting.

If your uncle is making you really uncomfortable, it’s okay to walk away from him. You don’t have to stay in a situation that makes you feel that way.

Dealing with a creepy uncle can be really tough, but it’s important to remember that you have the power to stand up for yourself. You don’t have to tolerate his behavior; you can get away from him if you need to.

If you think you may be dealing with a creepy uncle, the best thing to do is to stay away from him as much as possible. If he tries to get too close or make physical contact, politely excuse yourself and put some distance between you two.

It’s also a good idea to avoid being alone with him, especially in places where no other people are around. Remember, you don’t have to tolerate this kind of behavior. You probably don’t see him often anyway, so you have even less reason to appease his unacceptable behavior.

Looking for the ultimate in men’s lifestyle and entertainment? Look no further than Unfinished Man. We’ve got everything you need to make your life more enjoyable, from the latest in fashion and grooming tips to the best in nightlife and dating advice. So what are you waiting for? Check us out today!

The Smooth Brain Meme: Everything You Need to Know

The Reality of Feeling Drunk Without Drinking