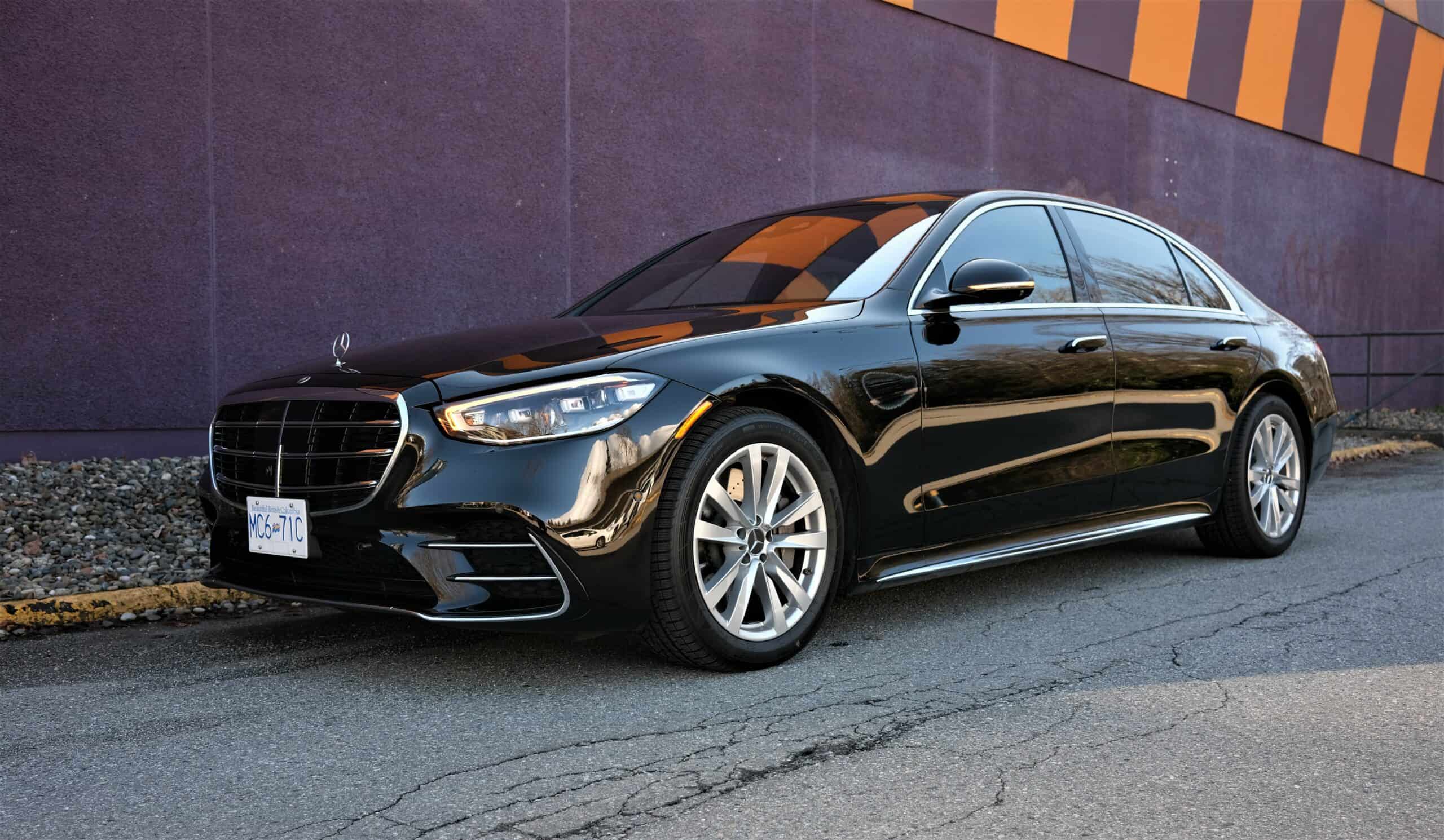 The Mercedes-Benz S-Class is the clear leader in the luxury executive sedan segment, it is the world’s bestselling full-size luxury sedan. The S-Class has always been at the pinnacle of innovations, many of the modern tech/safety/convenience features we’re so used to today have come from the S-Class. The S-Class is not alone in the luxury segment, the competition consists of the BMW 7-Series, Audi A8, Lexus LS, and the newcomer, Genesis G90; however, the S-Class is still the car to beat and is the car of choice for many of the world’s leaders and businessmen.

The S-Class name has been used since 1972 with the introduction of the first generation W116; however, the S-Class can trace its roots all the way back to 1954 with the W180 Ponton. The current generation, W223, is the sixth generation of this class leading sedan. Unlike the previous generation S-Class, this generation will not feature a coupe or a convertible.

Last week I had the chance to review the all-new 2021 (2022) Mercedes-Benz S 580 4MATIC LWB Sedan, which is a dream come true. I have always been an admirer-from-afar of the S-Class and I was finally able to get behind the wheel of one. Below are my thoughts on this incredible machine.

The V8 powered S580 is rated at 14.4/9.4 liters/100 kilometers in city/highway driving, which is not too bad considering the size of this vehicle and the amount of power the V8 produces.

Our review S-Class was equipped with the V8 engine; as expected, this is a smooth operating engine. The S-Class is quite a large car and the LWB is even larger, however, the V8 makes it move like a much smaller car. The 496 HP is more than enough power to pass at autobahn speeds, so passing at our normal and more down to earth highway speeds of 100 to 110 km/h is not a problem. The engine performs just as well in the city, with the transmission making seamless gear changes.

The S-Class LWB is a limousine with a soft suspension, that’s perfect for any type of road condition without being floaty. The ride quality is excellent and you feel like you’re gliding on clouds. The rear passengers, which is where an executive will be sitting in this car, really do enjoy a first-class experience.

The S580 LWB is a rather long car, but driving it around city roads and packed parking lots is effortless and you don’t feel the size at all. The S-Class does come with optional rear-wheel steering, which makes the turning radius even shorter, making the car feel even smaller.

Preference in exterior design is subjective, a lot of reviewers have said the S-Class is more of an evolution of the previous car and it reminds them of the smaller A-Class sedan. Looking at the pictures, it does seem like it’s quite a conservative design but seeing the S-Class in person is a different story. You can definitely tell this is the new generation of the S-Class and it has this subdued elegance that can’t be translated into photos. Just looking at the S-Class in person gives you a feeling that this is something special. I personally liked the way the new S-Class looks, even though it’s a simple design, I couldn’t stop looking at it and smiling.

The exterior design may be quite conservative, the interior definitely is not. The S-Class LWB is a car to be driven in, so every detail has to be perfect. The interior does get rid a lot of the buttons and knobs most of us are used to and uses the Tesla-like approach of minimalism. But don’t confuse this interior with a Tesla interior, the interior on the S-Class uses extremely high-quality materials with amazing fit and finish; which is what you’d expect in a flagship luxury sedan.

Unlike the S-Class sedans of the previous half a century, the new S-Class is almost completely devoid of physical buttons on the center stack. There are just a few haptic feedback touch surfaces just below the large touchscreen. Pretty much every function you need to perform on the infotainment system is controlled via touch on the screen. Thankfully, Mercedes-Benz didn’t go full Tesla, there are still physical buttons and stalks for things like turning on the wipers, changing seat positions, turning on the headlights, and adjusting the mirrors.

The touchscreen system was a bit overwhelming at first, but within a full day of using it, I was completely comfortable with it. As an owner, it should be easier because you will/should be able to get a full walk through of all the different functions when you buy the car. You can also control a lot of the functions using voice, which is what I relied on a lot instead of fiddling with the touchscreen while I was driving. The voice command is really good and understands what you’re saying, this is the best voice command system I’ve experienced in the vehicles I’ve tested over the years.

The overall layout of the interior is classy and it looks great, in my opinion. There is a large section on the center console with piano black surface, I’m not sure how well that will hold up over time. The gauge cluster is digital, which is quite customizable and can display so much information.

The leather seats are extremely comfortable and even come with pillows in addition to the normal headrests, these pillows are also heated. The seats can be adjusted in almost infinite positions, they should be easily able to comfortable seat basketball player height drivers or passengers, in the front and the back. The LWB is the version you want to be driven around in, so the back seats are just as comfortable as the front seats. They can be reclined, come with the same massage feature as the front seats, are heated and cooled and have loads of leg room. Sitting in the back seats is addicting, I just wanted to stay there and be driven around. Never have I wanted to be an executive more than the week I had the S-Class LWB for a review.

The Mercedes-Benz S-Class has been the leader in the luxury car segment for decades. With the introduction of the 6th generation S-Class, that trend is sure to continues until the 7th generation S-Class is introduced. The S-Class is a beautiful looking car, it has an elegance about it that no SUV can match. It comes with a powerful V8 engine (V6 also available) that makes it move like something much smaller. The interior is extremely luxurious, a place you want to spend a lot of time in.

I had high expectations for the S-Class and I wasn’t disappointed. I absolutely loved driving around in it, I felt like a million dollars every time I was inside this luxury sedan.

The Surprising Pros and Cons of Being a Police Officer

Methods of Studying English for Foreigners: Which One Is Better?