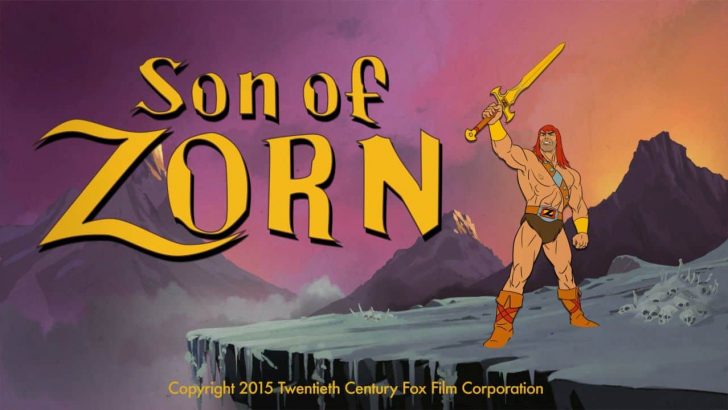 The Best of Fall’s Television Lineup

The weather may be turning colder, but the television season is just heating up. (Although, you may be feeling burned after Nashville was canceled.) The 2016 lineup is full of returning favorites, and a few new shows worth checking out. It’s post-Labor Day, and that means you totally have an excuse to be a couch potato again.

If you’re worried about double-bookings, (for example, Once Upon a Time and Son of Zorn air in the same time slot) you should consider DVR. If you have nighttime obligations, Direct TV allows you to watch your favorite programs on your phone or device, including football if you have Sunday Ticket. The future is now, and that means never missing a second of your favorite programming.

Fox’s Animation Domination is always a good time, and wedged between The Simpsons and Family Guy is Son of Zorn. It’s a live-action/animated hybrid comedy from the minds that brought you The Last Man on Earth, which airs immediately after. With an experienced comedic cast, including the hilarious Jason Sudeikis and Cheryl Hines, it’s definitely a new one worth checking out.

The Walking Dead doesn’t return until October 23rd, but the first episode promises to be an exciting one. No spoilers, but last season did end on a cliffhanger and the new season should open exactly where it left off and solve a mystery that has spurned a ton of fan theories. It’s nearly time for Rick and company’s return, and here’s hoping that this season is as riveting as last.

Kristen Bell is no stranger to television dramas, having starred in both Veronica Mars and House of Lies. This fall, she’s returning to primetime but not in a dramatic role; instead, she’ll be proving her comedic skills on NBC’s Timeless. She plays a dead woman who should have ended up in hell, but finds herself in heaven instead. “This comedy comes from the creator of Parks and Recreation,” reports Glamour magazine, “and there is indeed a particular Pawnee energy running through this one.”

Donald Glover, aka Childish Gambino, is both writer and creator of the FX show Atlanta. He also stars in the dramedy as Earnest, the manager of his rapper cousin. Polygon describes the series as a “series of unfortunate events that will turn into a lesson in adulthood for Earnest and take him down the path toward chasing the new version of the American dream.” Because Glover is so watchable and such a prolific writer, it’s likely this show will be an instant hit.

Once Upon a Time

Fans of the show Once Upon a Time have long awaited the arrival of Aladdin and Jasmine. The highly anticipated storyline is likely to make the season 6 premieres one of the most watched premieres in the show’s history. Unfortunately, newcomer Oded Fehr is tasked with playing Jafar, despite seasoned actor, Naveen Andrew’s frightening portrayal of Jafar in the spinoff series Once Upon a Time in Wonderland.

It seems every channel, cable, and premium, has something new to offer this season. It will be fun to find out what resonates with audiences and what ends up on the chopping block next year. There’s more coming, but you’ll have to check your local listings.