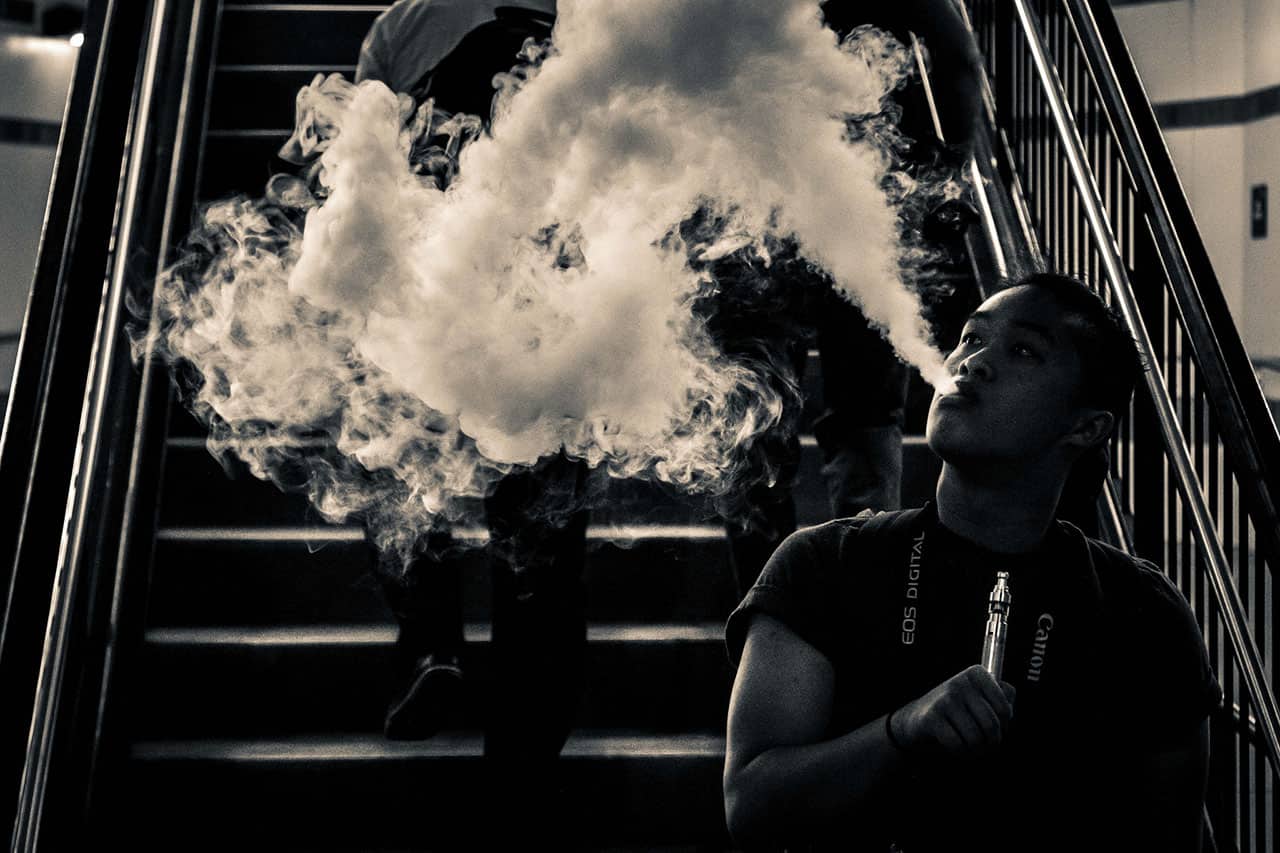 Have you noticed that more or less the entire world seems to be vaping these days? It’s hard to turn a corner on any city street without seeing a cloud of vapour rising from the crowd here or there, or enter any smoking area at any hangout or event, without noticing a good few of the nicotine crowd puffing away on e-cigs instead of the burnt paper and tobacco variety

But why has vaping taken off in this way? Sure, advertising and greater exposure likely plays a fair part, but what’s convincing so many former smokers to make the shift and pick up a vaping kit instead? Is it just the fact that there’s now more information on vaping than there was before?

More importantly, should you, as a smoker, make the switch?

Sure you should. Here’s a list of reasons why vaping is taking the world by storm and why it’s worth your time getting on the bandwagon.

It’s a lot safer than smoking

Debates rage back and forth about how safe vaping really is, when all is said and done. Every now and then a health scare emerges, and there certainly is some research to suggest that it may not be completely safe.

But it still contains nicotine, right?

Well, it can, but it doesn’t have to. That’s not the major issue in any event. Nicotine by itself is actually not that bad for you, and may even have certain health benefits.

What really kills you when you light up a cigarette is the thousands of chemicals produced by the combustion of the nicotine, including the familiar tars, and a whole host of other horrors, including arsenic.

Vaping, by contrast, doesn’t burn anything — unless something’s gone very wrong. Instead, it heats up a solution to just the right point so that it turns into vapour and can be inhaled.

Look, a bit part of the attraction to vaping is simply the fact that it’s fun to blow enormous clouds and do your best Gandalf impression by learning some tricks with the vapour.

“Cloud chasing” is a term used in the vaping community to refer to the art and obsession of trying to create the biggest clouds possible.

While it may be obnoxious to blow massive clouds as you’re walking down the street, in front of a family on a day out, there’s no one to judge you negatively for it when you’re sitting at home in front of the computer or TV. In fact, many people probably got into smoking in the first place because they thought on some level that it looked cool to blow smoke.

Well, with vaping you can enjoy that same feeling of satisfaction with far less associated health risks, and you can also take it to the next level and create the kinds of vapour clouds which would require entire packs of cigarettes in one go to match.

It can be done with or without nicotine

Vaping gets a lot of press for being a way that people get their nicotine fix, but all serious vape shops will sell a wide range of zero-nicotine e-juices for you to enjoy as well.

If the nicotine is an important thing for you, you can get it through vaping. If you’d rather not risk getting hooked on nicotine for no reason, however, or if you’ve just successfully quit it, vaping can also be a way of enjoying the different flavors and blowing some clouds without any nicotine kick at all.

It might be the best way to quit smoking

Vaping on the other hand seems to be doing a remarkably good job of helping smokers to quit cigarettes for good, without ever looking back.

To understand this, it’s essential to realize that smoking isn’t just about nicotine dependence, or even just about dependence to the other chemicals in cigarette smoke. A large part of smoking addiction — like all other addictions — has to do with the habit and ritual surrounding the act.

It’s not just about getting the right chemicals into your body, it’s also about inhaling deeply, blowing clouds, stepping out to the smoking area with your friends on a night out , and so on.

Vaping does a great job of capturing these essential elements. The ritual of vaping is almost identical to the ritual of smoking. It’s just far less likely to kill you.

There are a huge number of flavors to try

Anti-vaping activists often point out that vape stores sell a wide range of fruity, minty, and delectable flavors of e-juice, and use this to argue that these companies are therefore trying out a cynical marketing campaign to lure kids into vaping.

Those activists are underestimating just how much adults also enjoy tasty flavors.

Traditional cigarettes basically always taste the same. There’s the tobacco, the burnt taste, and maybe a hint of something else like menthol.

With vaping, on the other hand, just about any flavor you can imagine has already been captured and prepared for you to inhale and enjoy. A lot of these flavors are extremely well done, too. In a vaping session you can easily enjoy the taste of chocolate chip cookies, cappuccino, pina colada, icy cold menthol, or even traditional tobacco if you want.

In fact, many vapers use completely nicotine free juiced altogether, and simply vape to enjoy the wide array of different flavors. Some people are literally e-juice connoisseurs, and treat vaping as an almost-guilt-free pleasure for evenings and weekends.

If you’re a pack a day smoker, you’re going to need a lot of nicotine. Before you can quit, you’ll likely need to taper down that dependence, unless you have willpower of iron and don’t mind suffering some extremely irritating withdrawal symptoms when going cold turkey.

Vaping allows you to taper down your nicotine use at your own pace, and many e-juice brands come in a variety of different nicotine strengths. And if you’d like a strength somewhere between those you find listed on your local vape-store’s website, you can even go a step further and mix your own e-juice, with the nicotine level calculated based on your own preferences.

Other nicotine products such as nicotine gum simply can’t be used in that kind of dynamic way. You get the dose you’re given, and there’s not much to do about it.

It’s not just all about how much nicotine is in the juice, either. When vaping, you directly administer nicotine to yourself by the length and number of puffs you take

You’re in control of your own dosage

Nicotine actually has some benefits, and vaping is a safer delivery system

Using nicotine may not be the best idea. It does constrict your blood flow and studies have linked it to a greater risk of atherosclerosis and other heart conditions.

Nonetheless, recent research has actually found that nicotine has some benefits. It seems to stave off neurological conditions such as dementia and, as a stimulant, it can provide a serious energy boost. Some research even suggests that nicotine can enhance creativity. It’s probably not a surprise that so many writers and artists have been avid smokers.

If you decide that nicotine has a place in your life, vaping is by far a better and safer way of consuming it than smoking.

It’s a lot cheaper than smoking

The fact that it destroys your health is, of course, the number one reason to quit smoking, but if you want more immediate, material motivation as well, consider the fact that smoking is an extremely expensive hobby.

It’s not unusual for ex-smoker to find that they have a huge amount of extra disposable income at the end of every month thanks solely to kicking that one habit alone.

Vaping, on the other hand, is a lot cheaper. E-cigarette starter kits range in price from cheap and easy, to deluxe and expensive, while many e-juice varieties exist which will cost you only a fraction of the price of a pack of cigarettes, and last you just as long.

Smoking is banned in many areas, for good reasons. Vaping, while banned in some places and premises, is much more widely accepted in general.

It’s not unusual to be allowed to vape in certain indoor venues and premises, and if you like to vape in your own home, you won’t have to worry about everything smelling of burnt tobacco and ash for days afterwards.

You can make money from your junk removal