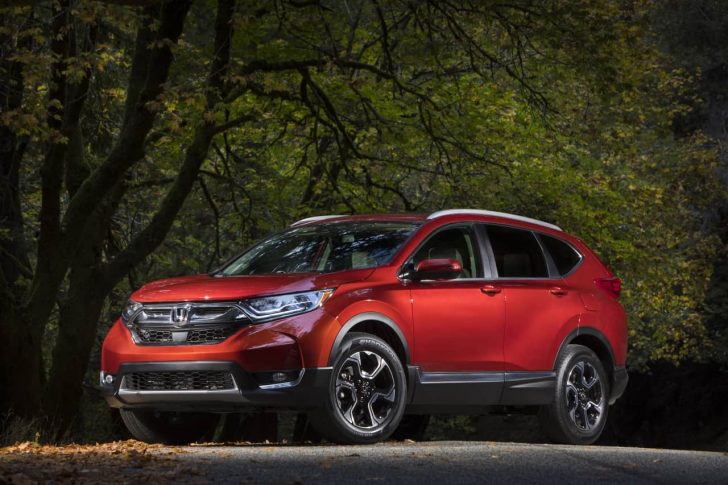 Like the Honda Civic, the CR-V is a very popular vehicle in Canada and in the United States. The original CR-V went on sale in 1997, fast forward 20 years and we have an all-new 5th generation Honda CR-V, which we reviewed for two weeks. The new CR-V features bolder styling, bigger size, and a turbocharged engine. 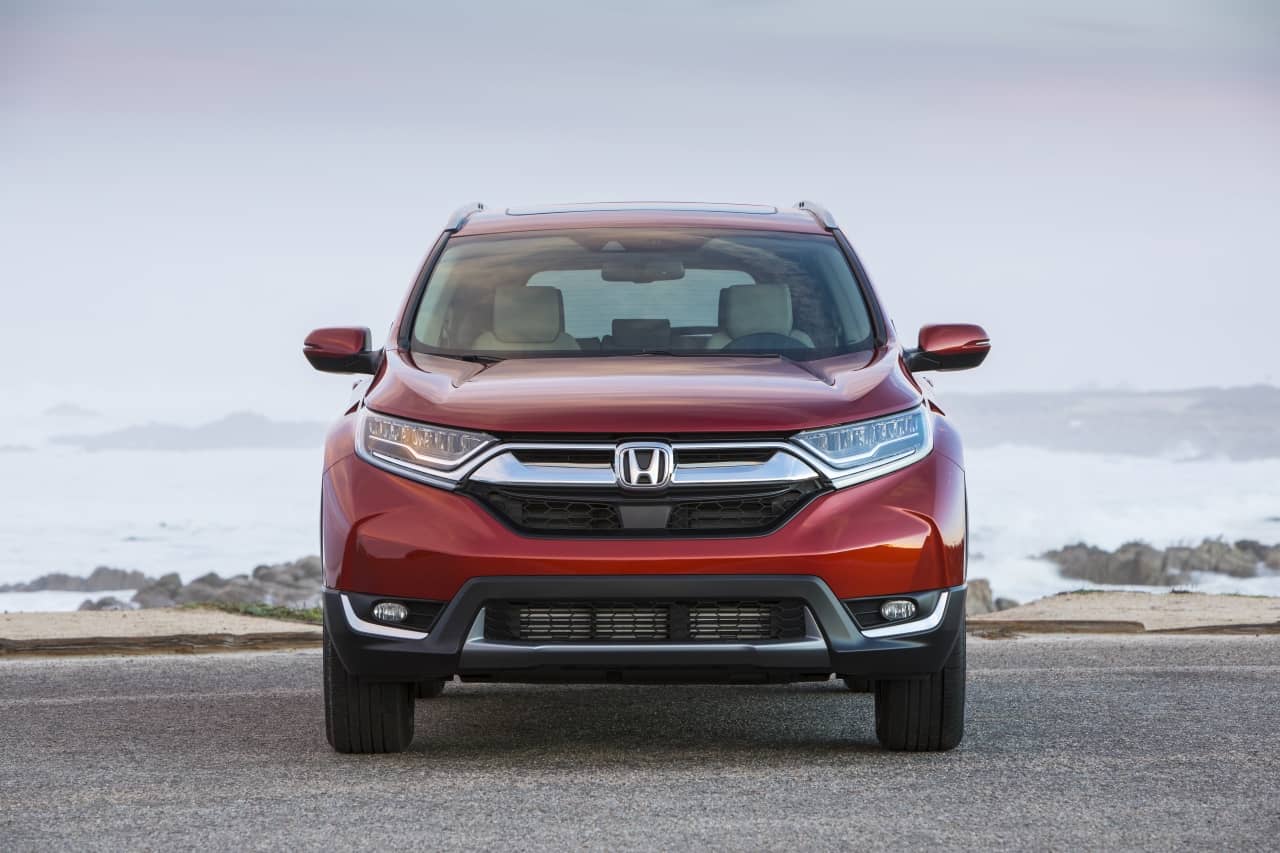 All trims of the 2017 Honda CR-V come with a turbocharged 1.5 liter direct injection 4-cylinder engine, producing 190 horsepower at 5,600 rpm and 179 pound-feet of torque between 2,000 and 5,000 rpm. Power is sent to the front or all four wheels via a Continuously Variable Transmission. The new smaller engine produces 5 more horsepower and 2 less pound-feet of torque compared to the 4th generation‘s 2.4 liter 4-cylinder engine.

For our two weeks review, my numbers were bang on (or slightly better) for the combined driving, with the computer showing 7.7 L/100 km on 50/50 city/highway driving, the driving loop consisted of about 50 kilometers. The overall fuel economy for the week was 11.2 L/100 km, but this was a little skewed by the fact that it was snowing pretty much the entire two weeks and I took lots of short trips with a lot of time idling the car to warm it up and driving it in “L” because of all the snow.

The CR-V with winter tires performed very well in the snowy conditions, I drove it through ice and snow covered roads, and on side streets with over a foot of snow, it drove like a champ and I didn’t get stuck. The AWD system is good at getting you out of the slipperiest of conditions and of course the winter tires helped a lot.

The last CR-V I reviewed was the 2015 model year, which was also equipped with a CVT, however I didn’t mind that one. Unfortunately, I am not a big fan of the CVT on the 2017 CR-V, it performs fine but it just made the car feel slow. I would’ve preferred the simulated “shifts” the Civic’s CVT has, which feels almost like a normal automatic transmission. 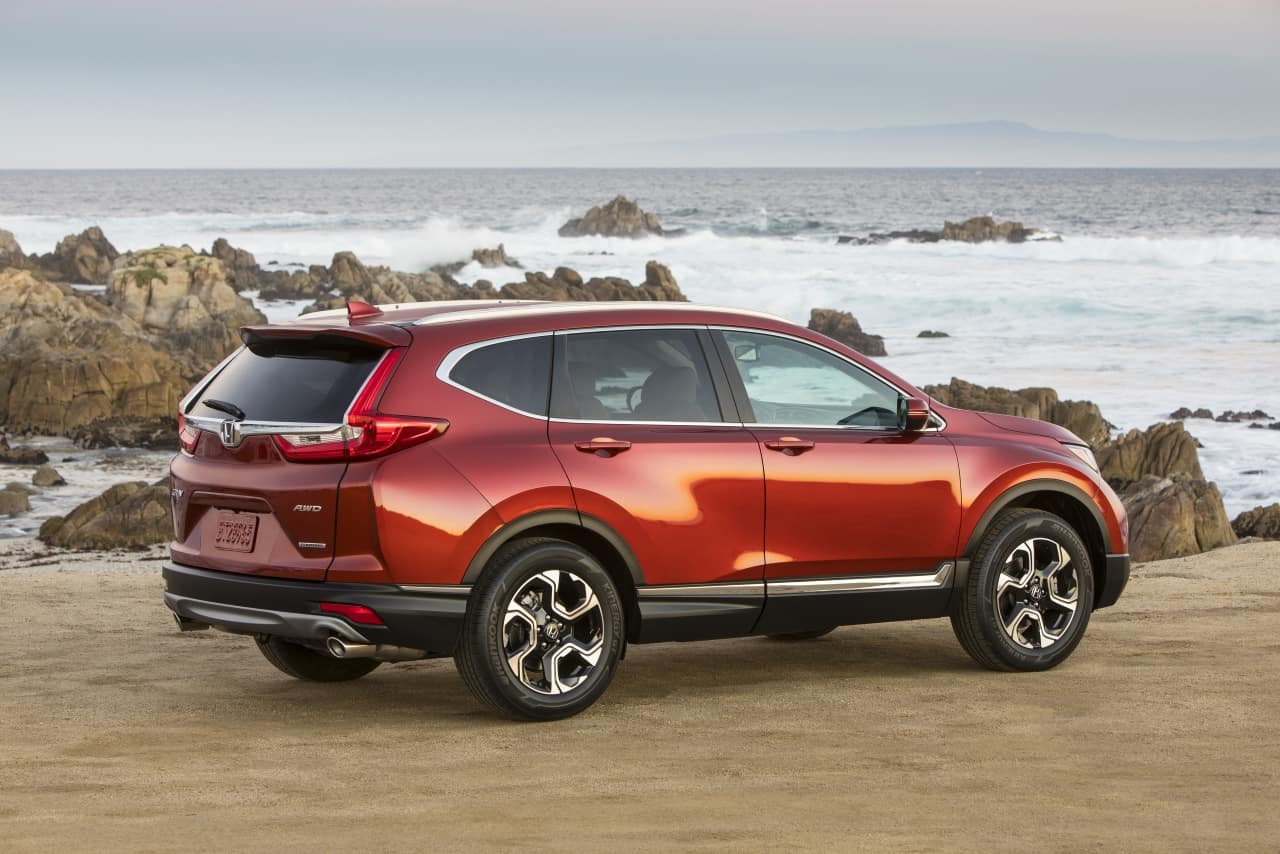 I am a fan of the new styling on the 2017 CR-V, the new styling gives it a more masculine look and the CR-V looks much more substantial on the road. The front end looks more aggressive and the sides and the rest of the body features lots of curves and bulged fenders. The rear end is my favorite part on the new CR-V, featuring vertical LED taillights, which kind of look like Volvo’s offerings.

Overall, I think the CR-V has quite attractive styling and it is probably the best looking CUV in its class. 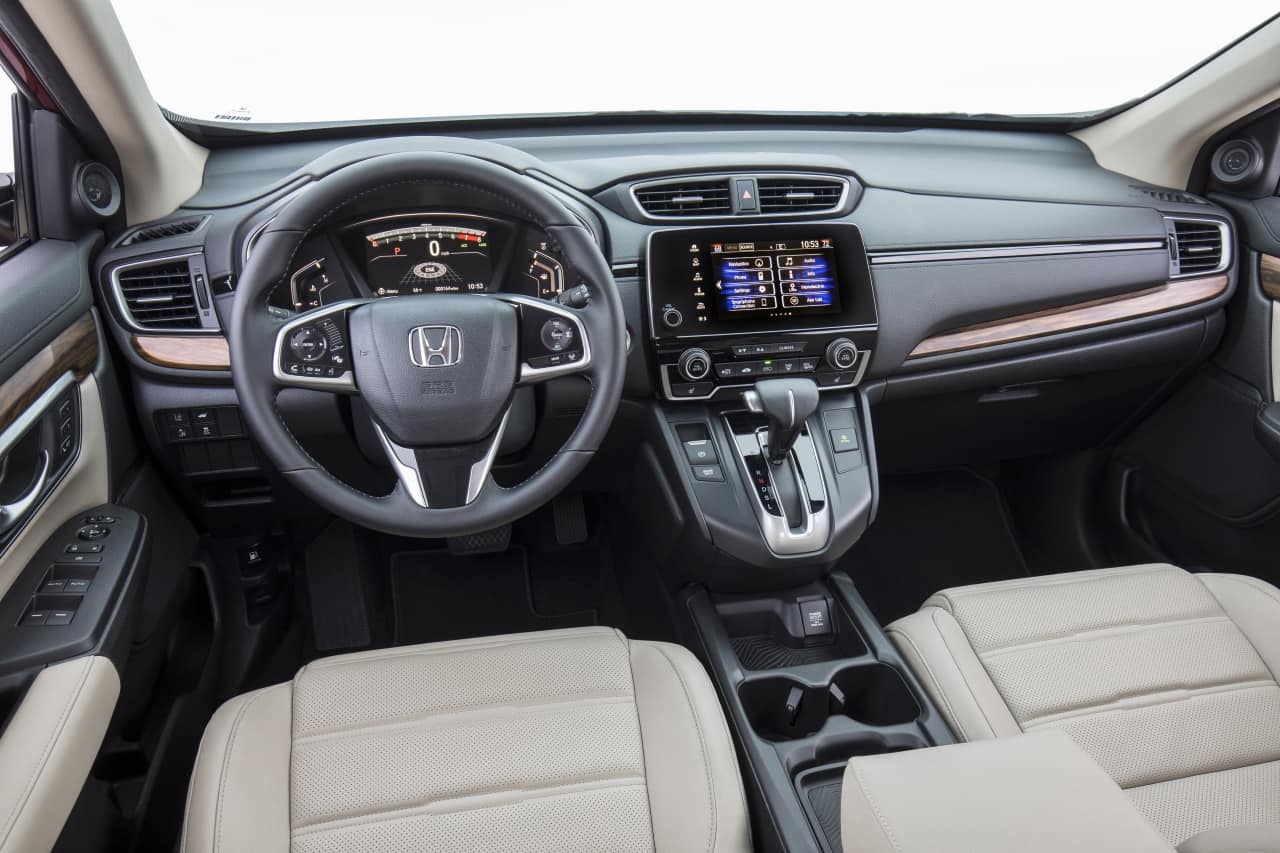 The interior on the 2017 Honda CR-V is another part of the vehicle that will win a lot of buyers, it’s more of an evolution of the last generation’s interior but it has been tweaked and looks great. There’s a large touchscreen that’s home to various functions like navigation, backup camera, entertainment, phone connectivity. There also now a real physical volume knob on the side of this screen, pretty much every car reviewer has been asking for one of these knobs, I’m glad Honda finally added it in, it’s not a big deal but sometimes these small things make a big difference. Now they just need to put it on the Civic as well.

There’s also a TFT screen behind the steering wheel, in the middle of the gauge cluster that displays rpms and other vehicle information.

The interior is even roomier than before, with lots of space for the front and rear occupants, the interior is very comfortable and you can drive around with four adults in comfort, adding a fifth passenger does make the rear seat a little tight. There is lots of leg and head room for the rear passengers and a lot of space behind the second row of seats, with the second row folded, you can carry pretty much anything you can think of. With the rear seats up, there is 1,110 cubic liters of space and with the seats folded down, that number increases to 2,146 liters. The interior space is one of the reasons people are drawn to vehicles like these and the new CR-V doesn’t disappoint. 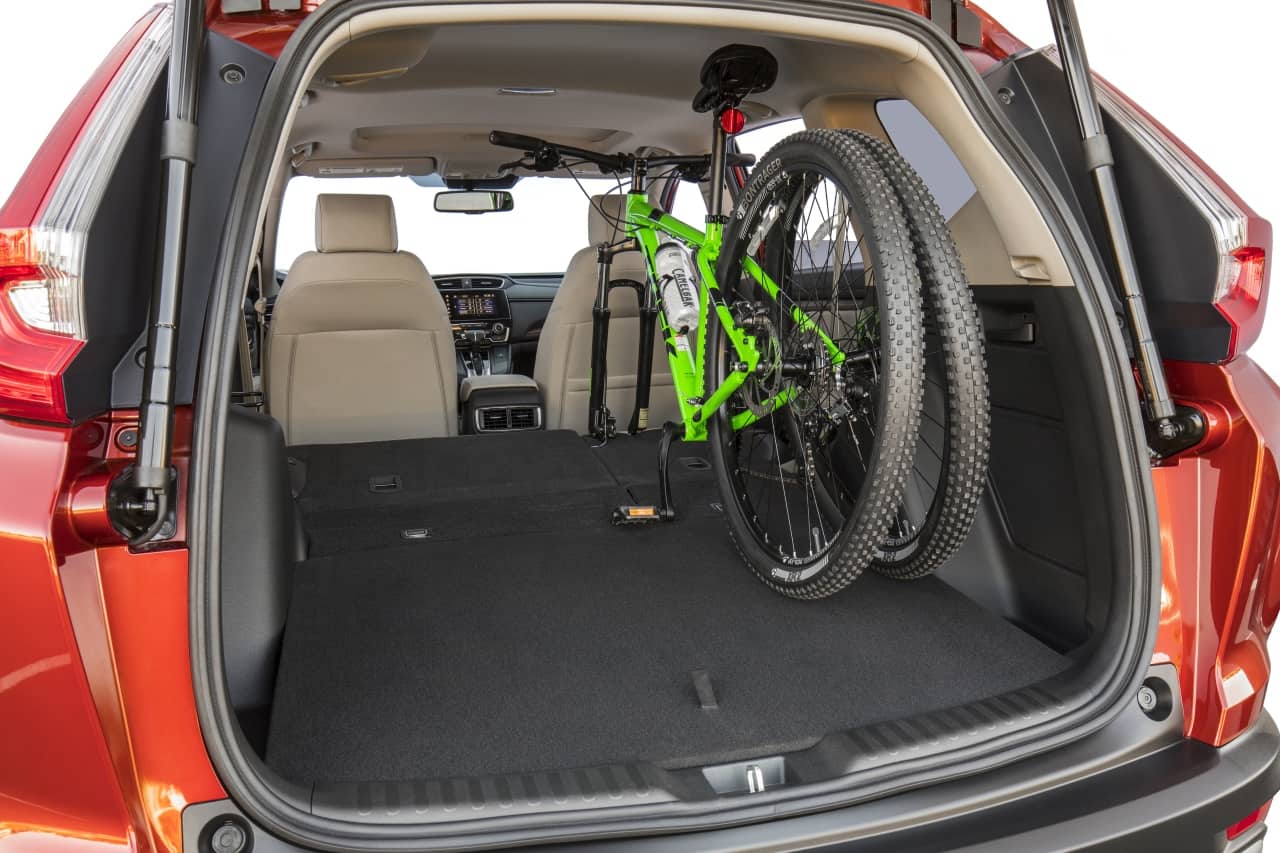 Tech and safety is another area where the CR-V doesn’t disappoint, it can be equipped with all the latest safety and tech gadgetry most consumers are looking for, below is a list of what’s available on the all-new 2017 Honda CR-V:

The new 5th generation Honda CR-V is another winner from Honda’s stable, it’s going to sell quite well over the next few years and for good reason. It’s quite fuel efficient, it’s comfortable, you can get a lot of tech features in it, and it performed impressively in our winter storm that didn’t seem to want to end.

Originally published on January 31, 2017 in Cars