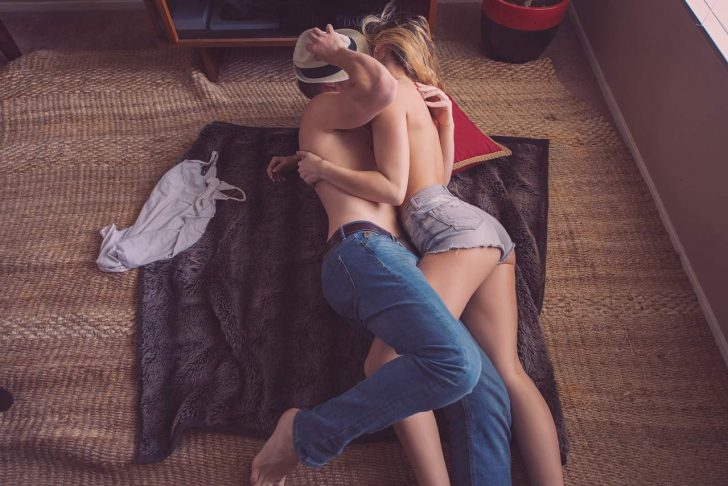 5 Tips to Have Sex Tonight: How to Get Laid Every Time

We know how it feels to return home from a bar with nothing but the frustration built up inside you. Recently, you’ve hit a rough patch, and it seems that you just cannot find a way to relax. If all of this sounds familiar, then don’t worry, we’ve got your back. Below you will find a list of 5 tips that will help you get laid. Let’s go!

Each Person Is Different

Human interactions aren’t about practicing several perfect moves, but rather about the ability to adjust to the situation on the run. There’s no use in repeating the same lines over and over. If you are hell-bent of following a specific pattern, you might find out that your actions and the responses that you get don’t really match.

On top of that, all people – both men and women don’t respond well when they are not treated as human beings. Sure, they might want to get laid as well, but if you repeat some corny lines instead of actually being curious about their life, you are likely to leave the bar alone.

Treating others with respect won’t get you laid, but it’s the bare minimum. If this seems like too much, you can jerk off while reading stories at OMG Kinky.

It often happens that when we find ourselves in unfamiliar situations, our sense of awkwardness is only heightened because we try to act normal, and when we fail, we are even more awkward. How to avoid that?

We could give you a simple piece of advice, “be confident,” but it wouldn’t really explain much. You don’t need to act like a stereotypical cool dude that runs the place and doesn’t pay taxes, because taxes are for the weak.

Instead, try to act normal. If you are talking to a person that you find attractive at the bar, and something awkward happens, just acknowledge it. This way, you’ll show that you are secure. Most women aren’t looking for men that overcompensate to avoid showing their weaknesses to the world.

Okay, it might seem like a pretty general piece of advice, but that’s because there are multiple ways to achieve that. Are you into bungee jumping? Unless the person that you are trying to seduce is afraid of taking even the smallest risks, it might be the start of an interesting conversation.

And what if you love playing Dungeons and Dragons? Although after watching countless romantic comedies (really?), you might be under the impression that you should only mention your hobbies and interests that are as cool and trendy as possible. Is it the case? It really depends on the person.

All right, but how can you know which topics you should choose? Well, there is this ancient technique that allows you to learn more about other people called “conversation.” You might now protest and say that interesting conversations are great, but you want to get laid.

Sure, but would you go to bed with someone who doesn’t share any of your interests? We know that maybe you would, but if a person doesn’t know you at all, they might refuse to go with you to your flat, because they don’t trust you.

It might seem silly, but if both of you share something, like love for overrated musicals, then they are more likely to assume that you aren’t a serial killer.

Don’t Be Too Serious

No matter how much money you spent on drinks, no one owes you sex. If someone calls you a creep just for striking a conversation with them, don’t make attempts to convince them otherwise. There’s plenty of fish in the ocean, so you shouldn’t get angry if things don’t go well. Just try again.

Exercise Before Going to a Bar

Before you leave home, we recommend exercising at home, even if only for 30 minutes. Why? It’s not about your muscles being more visible, but rather about your state of mind.

After physical activity, your stress levels will decrease, you’ll be more energetic, and your mood will improve. All of those factors can make you better at interacting with others in bars. You’ll be less likely to overthink, and you won’t care that much if you get rejected several times.

We hope that after reading this article, your visits to bars will be more successful. However, keep in mind that even if you follow all of the previously mentioned tips, you might still not get laid – it’s really unpredictable. But don’t blame yourself – perhaps next time you’ll get lucky!

Originally published on July 25, 2020 in Relationships