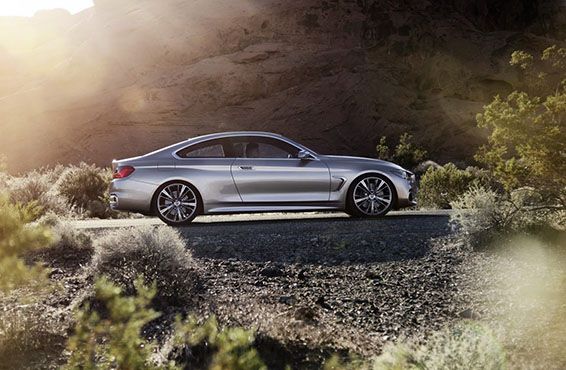 Due to the popularity of my first “5 Affordable Sports Cars You Can Buy Now” article, and people wanting me to include the Camaro in the list, I have attempted to make a second list.  Again, the same criterion applies here: the sports car has to be priced under $50,000 US, and the car must be more on the sporty side than the practical side.

Most of the cars in the list have a starting price well below the $50k limit but with options etc., you can bring the prices up to the limit and above.  We’ll go with the base price for the models without adding options and taxes.  The cars below are in no particular order.

The Camaro was Chevrolet’s answer to Ford’s very popular Mustang “pony car” in the 1960’s.  The Camaro did go out of production for a bit, but now it’s back with a vengeance.  The 2014 Chevy Camaro SS is powered by a 6.2 liter V8 engine, producing 426 horsepower and 420 pound-feet of torque.  The car is equipped with a 6-speed transmission, 20” wheels, and Brembo 4-piston calipers and ventilated discs.  The 2014 Chevrolet Camaro SS has a starting price of $33,055.

The 2014 BMW 4-Series is the newest offering in this list, and if you’re not familiar with the 4-Series, it’s just a new name for the 3-Series coupe.  The BMW 435i is the most expensive car on this list, but I guess that’s the price one must pay for German engineering.  The 435i is powered by a turbocharged 3.0 liter 6-cylinder engine, producing 300 horsepower and is equipped with an 8-speed automatic transmission.  The 2014 BMW 435i has a starting price of $46,000.

The Hyundai Genesis Coupe and sedan made quite the waves when they were first introduced, at the time they had great prices, luxurious interiors, and were pretty powerful.  Prices have crept up but the Genesis Coupe is still an affordable sports car.  The top of the line Genesis 3.8 GT Coupe is powered by a V6 engine producing 348 HP and 295 pound-feet of torque.  Power is sent to the rear wheels via a 6-speed transmission, and the car sits on 19” wheels.  The 2014 Hyundai Genesis 3.8 GT Coupe has a starting price of $32,000.

The 2013 BMW 135i Coupe is the second most expensive car on this list and is probably also one of the uglier cars on the list.  The 1-Series will also see a name change next year; it’ll be called the 2-Series.  This car is on the expensive side, but it’s Bavarian and should be quite fun to drive on twisty roads on long straight highways.  The 135i comes with a powerful turbocharged 3.0 liter inline-6 engine that produces 320 horsepower and is mated to a 6-speed manual transmission.  The 2013 BMW 135i Coupe has a starting price of $43,550.

The Ford Focus ST is the only FWD car on this list and doesn’t really fit the classic description of a “sports car”, but it does come with sports car-like performance; I had the chance to drive one for a week, check out my review here.  The 2013 Focus ST is powered by a 2.0 liter EcoBoost turbocharged 4-cylinder engine, producing 252 horsepower and 270 pound-feet of torque.  Power is sent to the front wheels via a 6-speed manual (no automatics offered).  The 2013 Ford Focus ST has a starting price of $24,115.