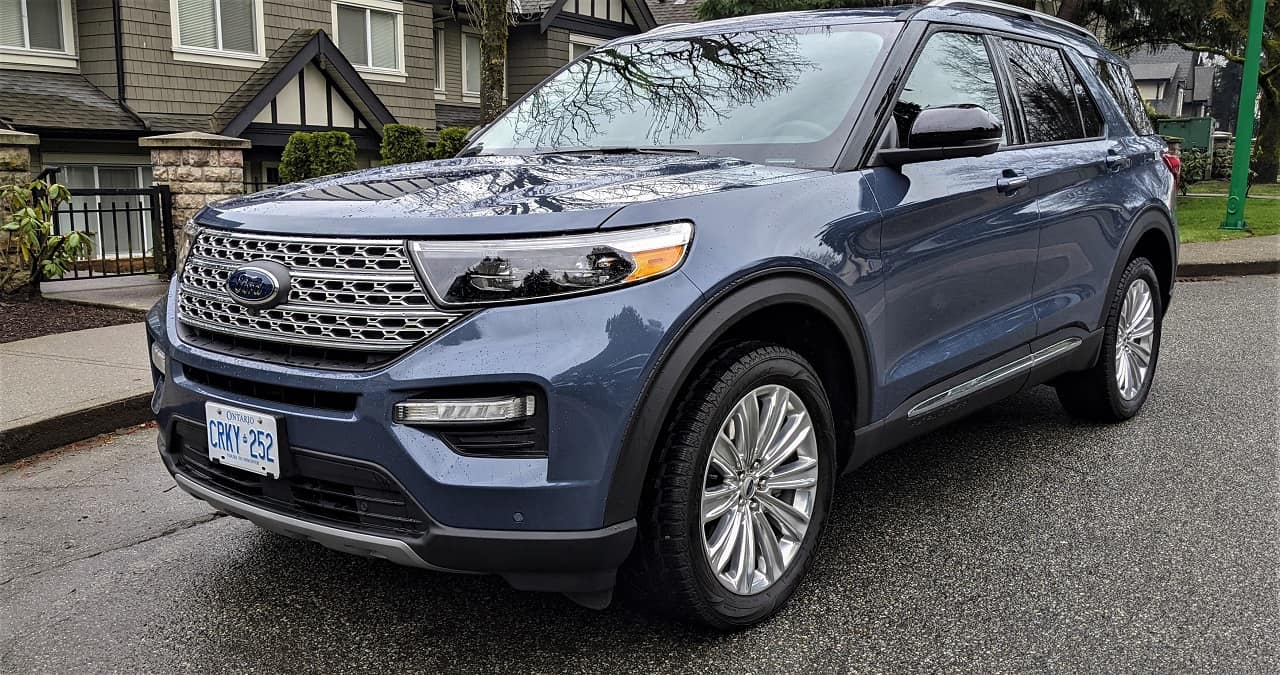 Last summer I reviewed the 6th generation Ford Explorer, one of Ford’s most popular vehicles. The vehicle I reviewed last year was powered by the base engine, which is a 4-cylinder. Ford does offer other engine choices, turbocharged and naturally aspirated V6.

Last week I had the opportunity to review one of the bigger engines, the naturally aspirated V6, which also happens to be part of a hybrid powertrain. I’ll focus on the engine in this review, if you want to read my overall thoughts on the 6th generation Ford Explorer, head on over to my previous review.

Our review car was well equipped, as there aren’t any other options you can choose from, other than a few accessories like splash guards, roof rails etc.

The first ever hybrid Ford Explorer is powered by a naturally aspirated V6 engine that gets a small amount of assistance from a small battery pack and an electric motor. The combined output from this engine/motor is 318 horsepower at 6,500 rpm and 322 pound-feet of torque at 3,000 rpm. That’s an increase of 22 HP and 12 pound-feet of torque over the EcoBoost inline-4 engine. On paper this may not seem like much of an improvement over the 4-cylinder engine, but in real world driving it makes a big difference, we’ll get to that in a bit.

Power is sent to all four wheels via a 10-speed automatic transmission. The Explorer Hybrid should consume 10.1/9.0/9.6 liter/100 kilometers in city/highway/combined driving. After a week of driving, the onboard computer showed 11.7 L/100 km in combined driving, which was about 50/50 city/highway. The combined number seems somewhat close to Ford’s claimed number, however in pure city driving, the consumption was much higher, I was averaging 13+ L/100 km, with smooth driving that emphasized fuel saving over getting to places in a hurry.

Driving the Explorer Hybrid doesn’t feel like driving a traditional hybrid, like a Prius or other fuel-sippers. The Explorer Hybrid feels pretty normal to drive for the most part, which could also be the reason the fuel consumption in the city is nowhere near the claimed number.

The Explorer Hybrid starts off in electric mode, but applying the slightest pressure on the accelerator pedal brings the gasoline engine life, I personally would’ve preferred a bit more “hybrid-ness”. I think the gasoline engine turns on way too quickly in the city. However, on the highway, I found the vehicle driving more in electric mode (as long as there was juice in the batteries). My highway driving is one of the reasons the fuel consumption came down to a somewhat respectable number. And again, I was driving very lightly on the highway, with fuel consumption in mind and trying to use the battery as much as possible.

Normally, a hybrid vehicle is more fuel efficient in the city compared to highway driving. But I found that to be the opposite with the Explorer Hybrid.

The turning on/off of the gasoline engine is quite smooth and I didn’t notice going from one form of propulsion to the other, too much. The thing that gave away the “hybrid-ness” of the Explorer was the brakes. Applying the brakes was one of the weirdest experiences I’ve felt in a hybrid vehicle. The brakes do the job fine; they just don’t feel normal. I know hybrid vehicles’ brakes usually have a different feel than “traditional” gasoline only cars, but the brakes on the Explorer Hybrid were like nothing I’ve ever experienced. The best way for me to explain it would be as if you were braking when the car is in neutral. I think spending more than a week with the Explorer Hybrid would help with getting adjusted to the new way of braking.

However, I would still take this hybrid over the 4-cylinder equipped Explorer we reviewed last year. I felt that engine was just not enough for a large vehicle like this.

Overall, I liked the 20201 Ford Explorer Hybrid, it’s more efficient than the 4-cylinder and should also be more efficient than the EcoBoost V6. The braking feel is something one can get used it once they drive the vehicle for more than a week. Other than that, I really like the looks of the Explorer and the interior is easy to understand and it looks good, it’s also has a lot of room.

Is the $3,000 premium for the hybrid worth the fuel savings? That would depend on how much you drive and your philosophy on life and being “greener”.

It’s Time for an Honest Conversation About Hair Loss