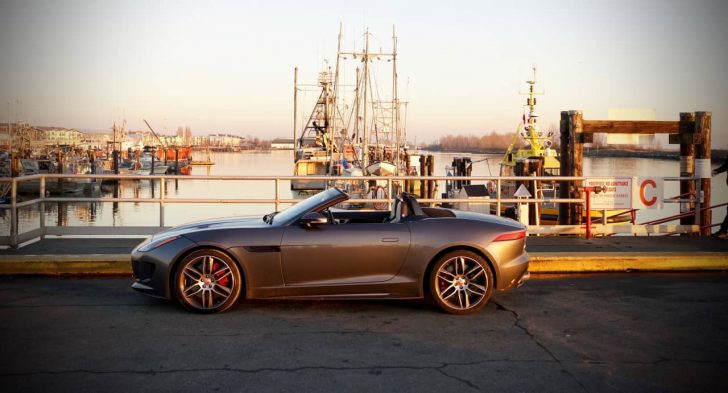 The Jaguar F-Type R… what a car, what a car!!! By now you’re more than familiar with this sexy beast of a car. If you’re a car enthusiast, you’ve read about it, drooled over pictures of it, and wasted countless hours watching YouTube videos of it, I know I have.

Last week we were lucky enough (again) to get our hands on a 2016 Jaguar F-Type R AWD Roadster, for a week-long review. I have previously reviewed the convertible and the coupe versions of this car, but both of those cars were powered by supercharged V6 engines, this time we had a couple of extra cylinders to motivate us, not that we needed much motivation.

The Jaguar F-Type can be had in quite a few combinations, with the company recently introducing the manual transmission and AWD options, giving every type of enthusiast something to choose from. The first major decision revolves around whether you want to buy a coupe or a convertible, since we reviewed the convertible this time, we’ll only talk about what’s available on that model. 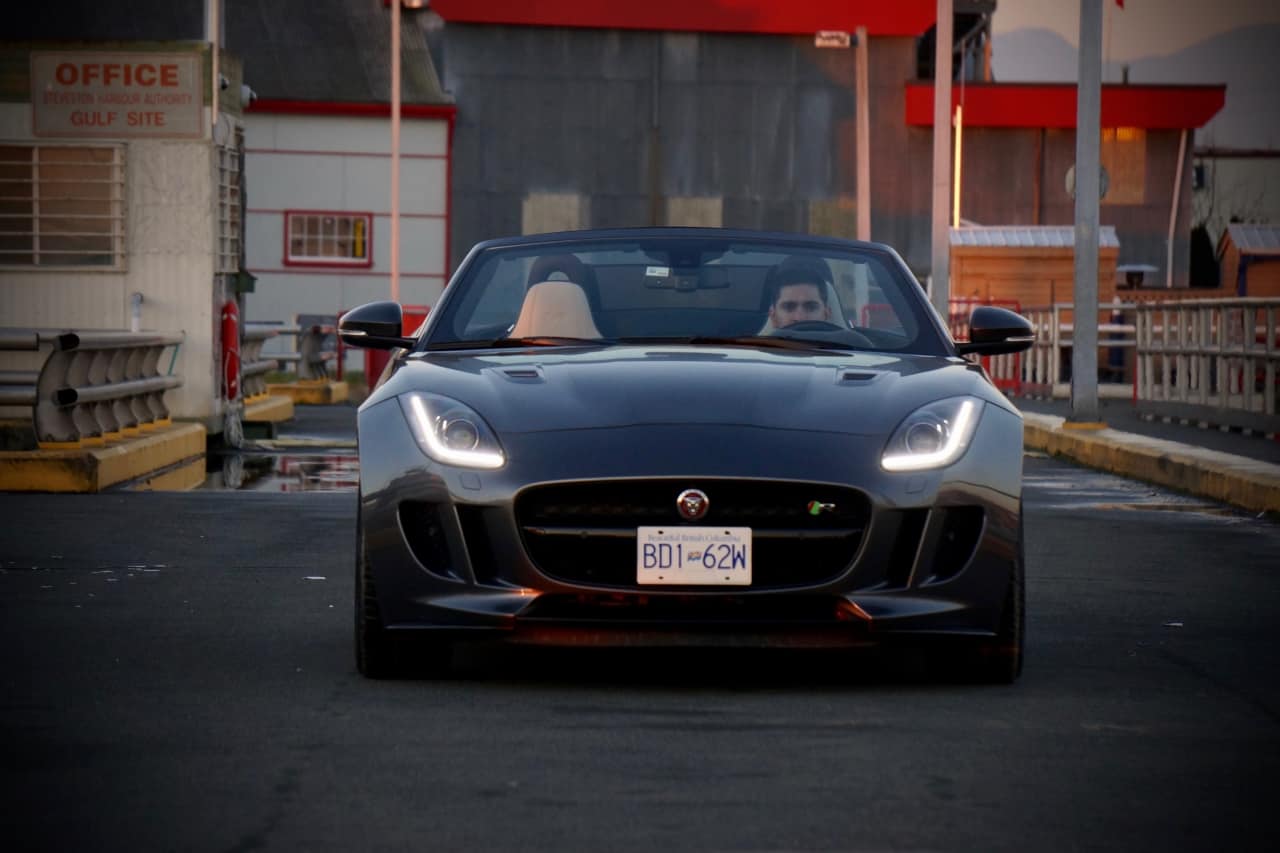 The mighty V8 in the 2016 F-Type R is a 5.0 liter supercharged unit, producing 550 horsepower at 6,500 rpm and 502 pound-feet of torque between 2,500 and 5,500 rpm. Power is distributed via an 8-speed ZF automatic transmission, with steering wheel mounted paddle shifters. The V8 now comes standard with AWD, which sends all the power to the rear wheels normally but can send 50% of the power to the front wheels when needed.

I thought the V6 engine on the F-Type sounded great, but the sound the V8 makes is even more vicious and intoxicating, especially with the exhaust valves open. The sound of the F-Type is sure to wake up your neighbors every morning you go out, and if you happen to park in an underground garage, there’s going to be a symphony every time you drive by. The sound of the F-Type R is simply amazing, in a brutal “in your face” way, this car is not trying to subtle, it wants heads turning and ear drums popping. The sound is equivalent to the hammer of Thor playing drums on your ear drums!

The power produced by the supercharged V8 is just as intoxicating as the sound it makes. Again, I thought the 380 hp from the supercharged V6 was enough on the F-Type S, but once you’ve experienced the heard of ponies produced by the supercharged V8, there is no going back. The power is sent to the tires almost instantaneously and you’ll never feel the need for more. Power is sent smoothly through the excellent ZF transmission, which is also found on the lower trim cars and I praised it in my previous reviews. All this power equates to a 0 – 100 km/h time of 4.1 seconds (0 – 60 mph in 3.9 seconds) and a top speed of 300 km/h (186 mph). 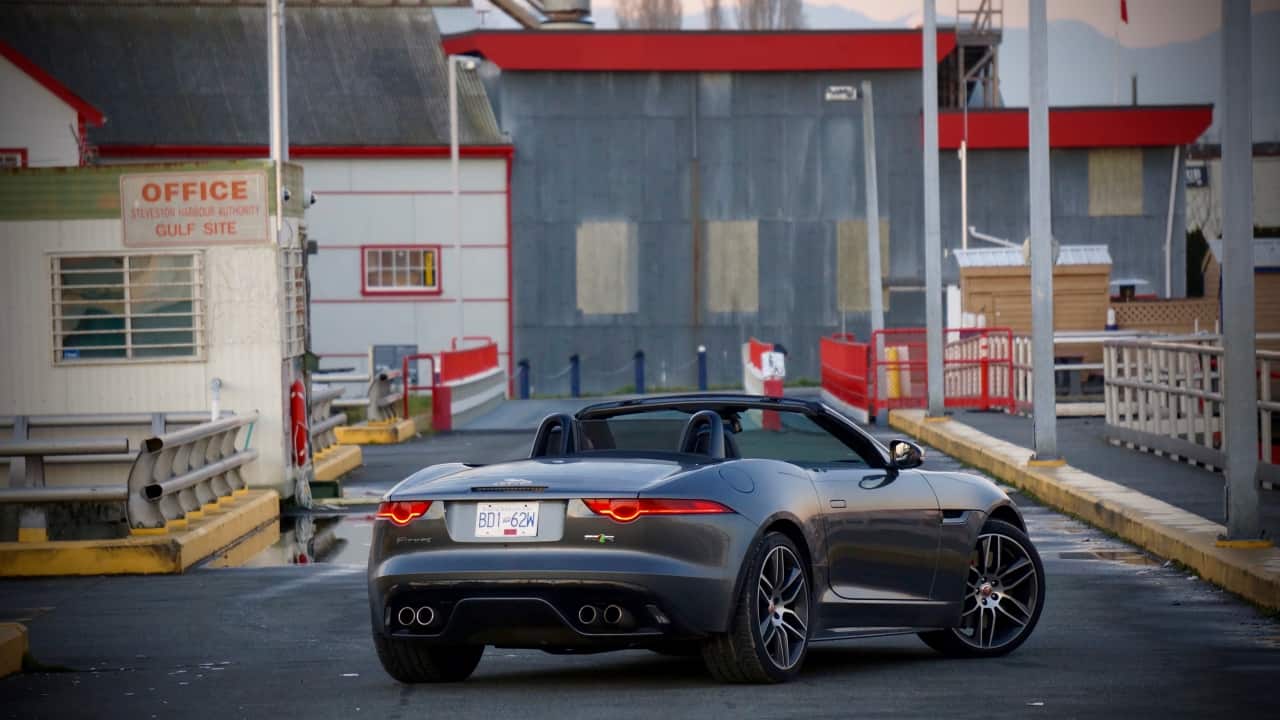 You’d think a car with this much power would be hard to drive and be very thirsty when it comes to fuel. On the contrary, the F-Type R AWD drives like a tame sports car when you’re not pushing it, and it turns into a beast when you really want to get places fast. Our week with the car consisted of below freezing temperatures (what better way to enjoy a convertible) and I never felt like I was about to lose control, the AWD also help with slippery conditions. This car is truly an all-weather car, just put on some snow tires in the winter and you’re good to go.

The exterior and interior on the F-Type R convertible is very similar across all the models, have a look at my reviews to see what our thoughts were on the subject. The main difference is the quad exhaust, two on each side instead of the two in the middle of the rear bumper on the V6 models. There also aero bits on the side, mainly side sills that give the “R” a bit of a different look. I said it before and I’ll say it again, the F-Type is one hell of a sexy car, especially with the top down, which I had down most of the week even though it was freezing. The car looks amazing with its top down and I just couldn’t help myself (and I ended up catching a cold later in the week, I think it was worth it). 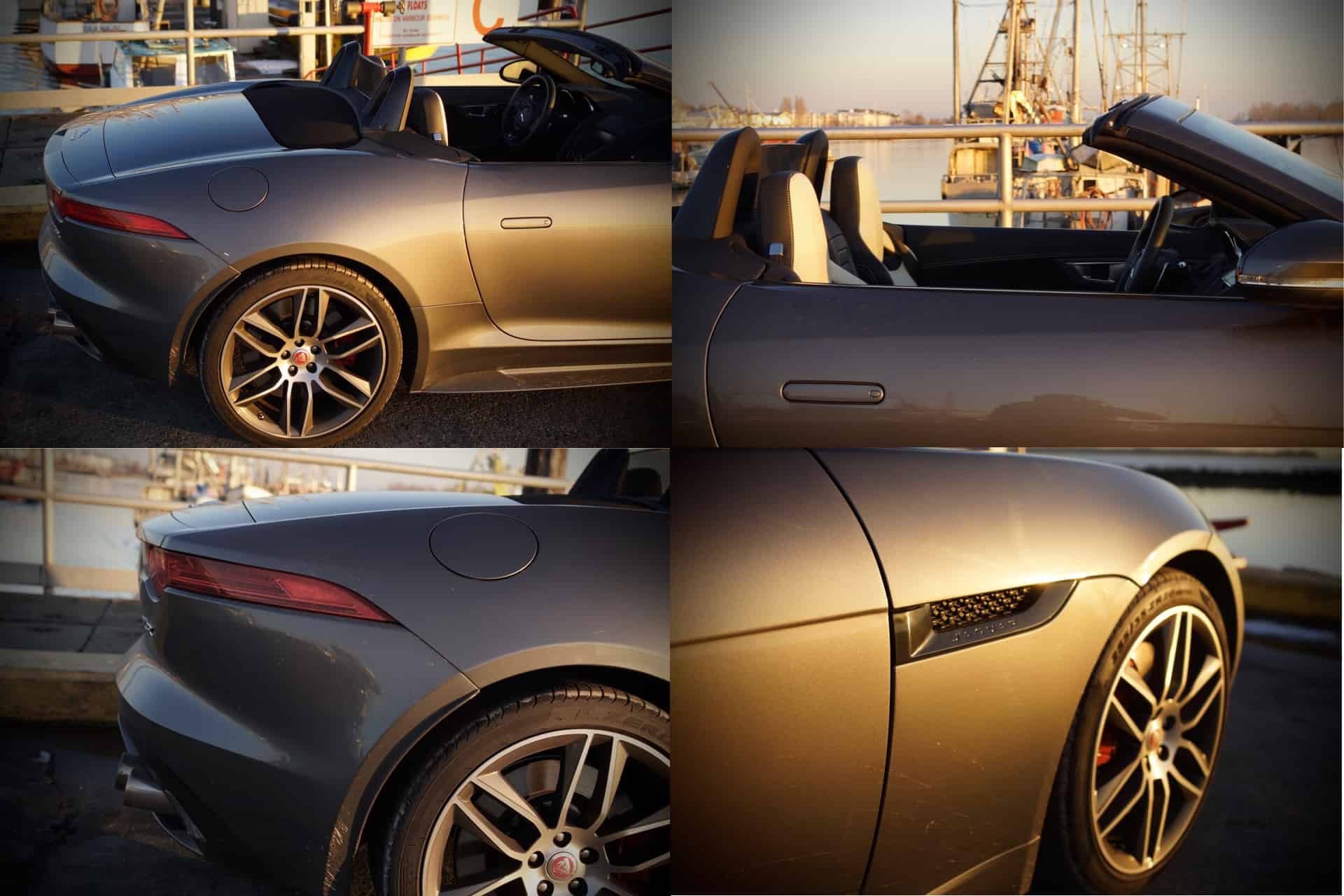 The minor difference on the interior is “R” embossed onto the seat headrests and there’s an “R” printed on the dashboard. The new F-Type does benefit from the new JLR infotainment system, the previous system was very slow and I always complained about it. The new system is much smoother and quicker to respond to touch.

In conclusion, I would like to summarize my love affair with the F-Type. I think it is a stunning looking car that has heads turning everywhere it goes. It can be had in many different flavors, from mild (340 hp base model) to the wild F-Type R with 550 hp. It performs extremely well in any condition, with its sporty chassis and adaptive dampers, it can be used comfortably on the daily commute and it feels right at home on a race track. The F-Type is also not that expensive when you compare it to some of its European competition. I say, buy it if you can afford it. I certainly would love to pick one up (in the coupe form). 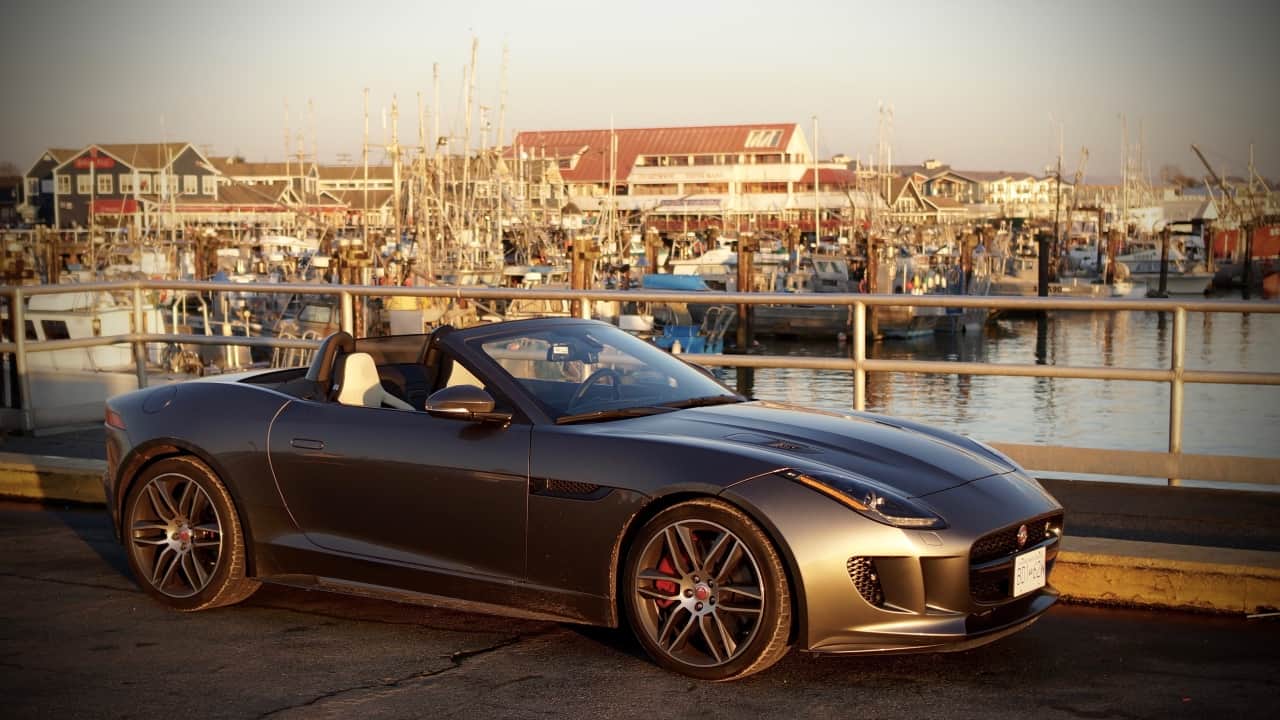 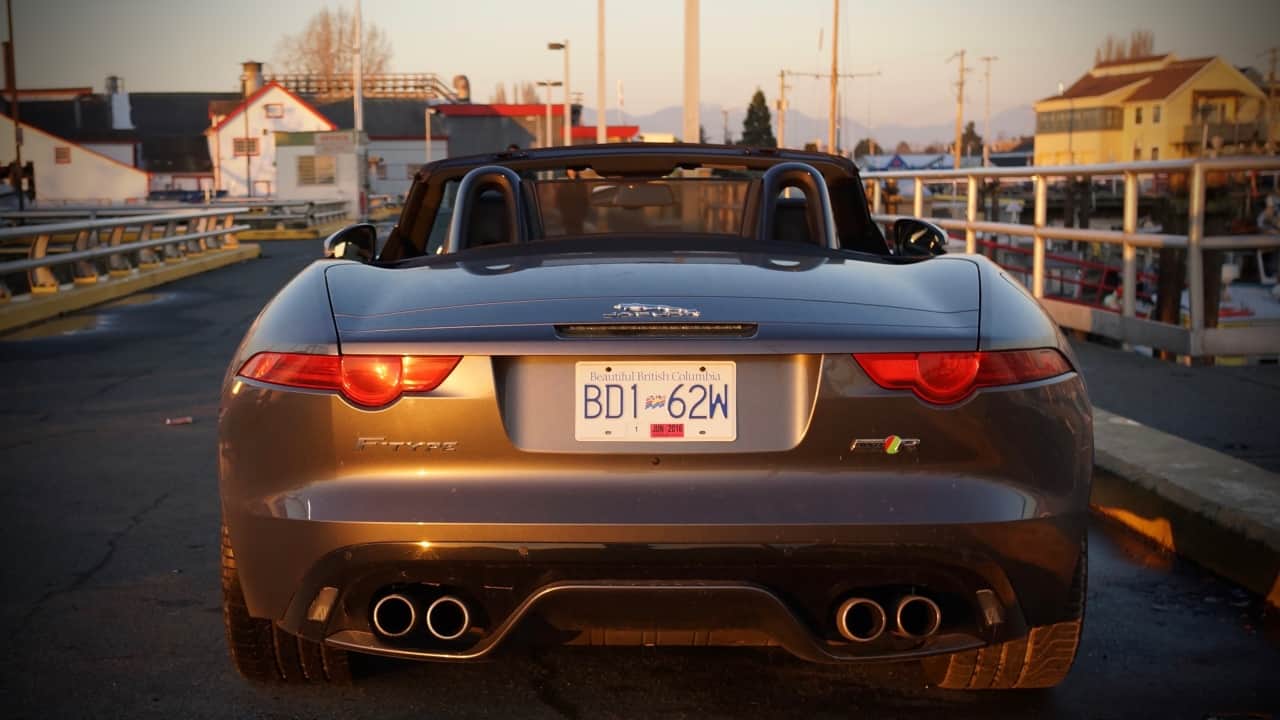 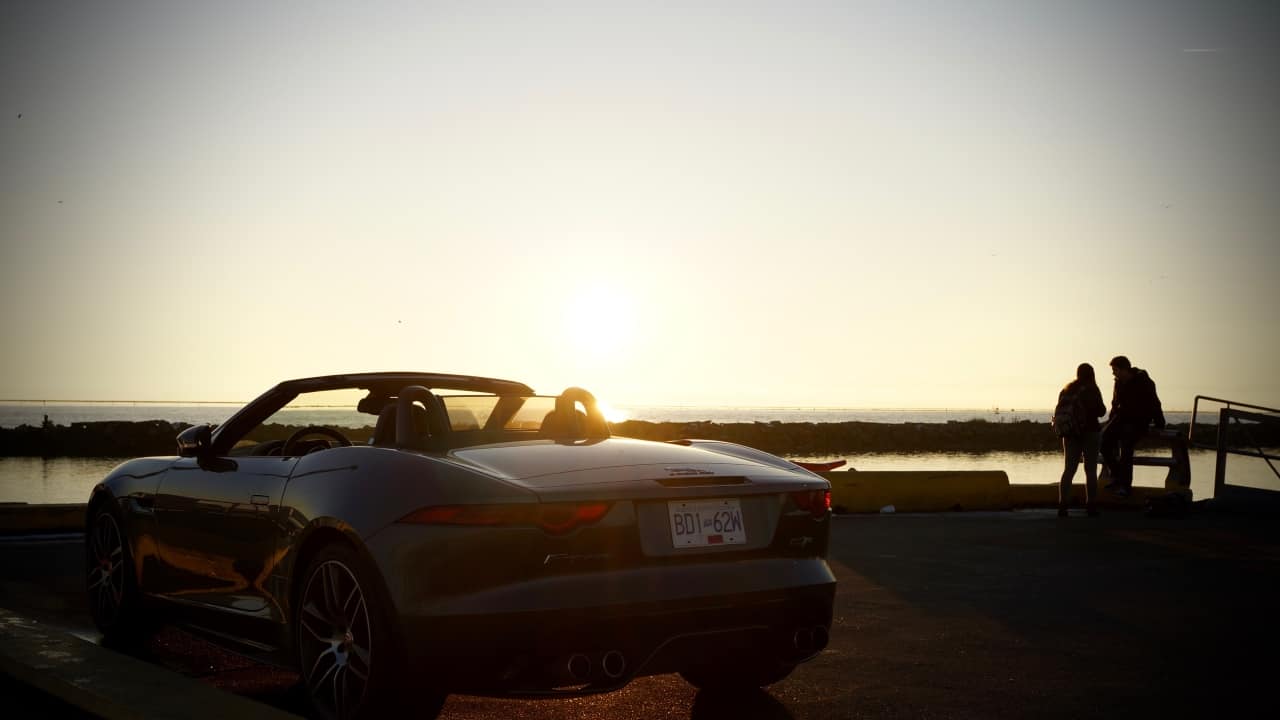