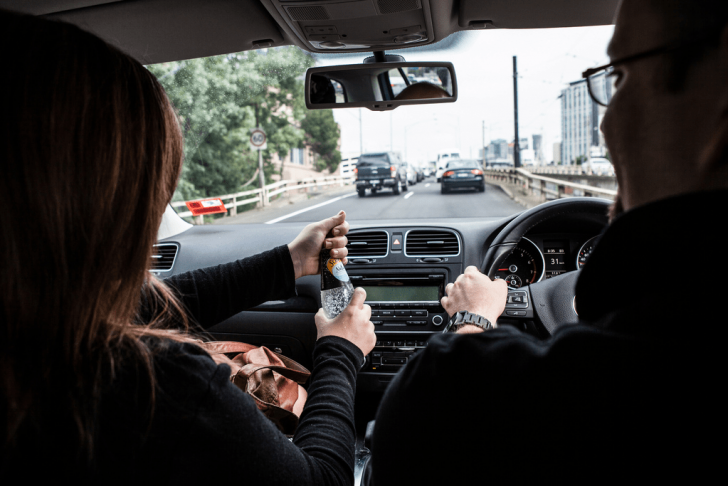 Is your car burning fuel faster than expected? Gas is not cheap and fuel budget can mess with your peace of mind if your car is consuming gas at a higher rate than you expect. As vehicles age, there are numerous factors that may result in high fuel consumption. But what do you do if your pockets can’t allow you to buy a new and more fuel-efficient vehicle?

Carbon deposit in areas such as pistons, cylinder walls, valves, and injectors is normal and expected as a car age. However, too much carbon build-up in critical areas can be a problem. As a result, the pistons may not be able to properly seal against the cylinder walls and valves may not fit properly. In turn, compression reduces, which reduces efficiency and hence fuel economy.

Small deposits inside a fuel injector may interfere with the normal spray pattern of fuel. This leads to misfires, and hence abnormal fuel consumption. Sometimes you can fix this by just cleaning the injectors. Otherwise, you may need to replace your fuel injectors. Check out Goldfarb inc for the best fuel injectors.

Oil should be maintained at the recommended levels. Sometimes when changing your oil you may end up overfilling it. If this happens and the oil in the crankcase reaches the crankshaft, the crankshaft will fight its way through a pool of oil. That’s a lot of effort wasted. And there’s another problem – overfilling the oil may cause serious damage to the internal parts of the engine and may end up locking.

Accidents happen all the time, and it’s normal to overfill when changing your car oil. If you do, don’t assume it’s not a big deal as it may end up costing you thousands of dollars. Use a fluid extractor to drain the excess oil.

Have you ever hit a pothole? What did you notice? When you hit a pothole, it becomes hard and takes more effort to drive the car in a straight line. More gas will also be required. You see, when your tires are out of alignment, it becomes difficult to steer the car in the intended direction. This is because you are fighting the resistance of tires that are not properly lined up with the steering wheel. It also takes more effort when the tires are not lined up with each other.

Get your car realigned at an auto care. Apart from improving fuel economy, it also improves the overall car safety.

Word on the street is that using thicker oil in old cars prevents leakage and helps to reduce lifter noise. While this is true, it is not recommended. When the oil is thicker, there is more resistance in the internal parts of the engine resulting in high fuel consumption.

In case your timing belt is not properly installed, the intake and exhaust valves open and close at the wrong time with respect to the crankshaft position. Consequently, unburnt fuel exits the car. It would be advisable to leave this job to a professional if you can’t do it comfortably.

Don’t ignore a bad oxygen sensor. Your car may appear to run perfectly even with a faulty O2 sensor. However, it will result in more fuel being injected than what is needed. Fixing a bad oxygen sensor will cost you a few dollars, but it will save you more money at the pump.

Can you recall the last time you replaced your air filter? Maybe it’s time you changed it. A clogged air filter limits the amount of air entering the engine. As a result, the engine is forced to work much harder to maintain the same speed, which leads to high fuel consumption

It may sound simple, but tailgating other drivers lead to poor gas mileage. When you tailgate, you are forced to hit the brakes vigorously numerous times, which leads to high fuel consumption. Remain calm and keep proper distance when in traffic to save fuel.

Nothing raises gas consumption faster than aggressive acceleration. Be gentle on the throttle to improve your MPG.

Let’s face it. Sometimes we tend to let that speed demon in ourselves out and become racers. It feels good and fulfilling. I can’t deny that accelerating to 60 mph is a flash feels great. It makes driving fun. And not just that, braking hard at the stoplight feels good too. Unfortunately, besides joy and fulfillment, fuel consumption is high.

Don’t drive aggressively if you want to save money at the pump. Don’t accelerate hard when leaving an intersection either – let the engine speed up at its own pace.

Drive in the highest possible gear

Sounds unusual, right? Unusual as it may sound, it is an effective way of saving fuel. In case your car is manual, make sure you use the highest gear possible correlated to the speed you are driving at. The trick here is to avoid putting unnecessary load on your engine.

For instance, maybe you are probably used to driving at 60 mph in second gear, but your car may be able to drive at that speed in fourth gear. This helps to reduce fuel consumption. The vice versa is also true – driving at high speeds on low gear also helps to save fuel. The reasoning behind this is that the engine doesn’t have to work that harder to run at the required speed. If your car is automatic, be easy on the pedal.

Normally, when going on a long trip, we tend to match the speed of the driver in front. But they may not be driving at a constant speed. Using cruise control is recommended when driving on a long road. It helps to save fuel by eliminating the need for numerous braking and accelerating.

Fuel additives help to improve fuel economy in various ways. You can use octane boosters that help to improve MPG by boosting your fuel’s octane numbers. Some formulas help to maximize performance and keep the fuel injectors clean. These additives help to keep your car engine in its best condition and keep fuel consumption low. Such additives contain polyether amine (PEA), which helps to dissolve carbon deposits in the engine components. Therefore, the engine does not have to work harder to run at the same speed.

Idling consumes more than a half-gallon of fuel every hour. It results in unnecessary pumping of carbon dioxide in their air. Modern engines don’t consume much fuel to switch off and on. Switch off your car instead of letting it idle for extended periods.

Regular engine check-ups do not only help to keep your car performing at its best, but they can also help to improve fuel economy. Be sure at every engine check-up there will always be something that should be replaced. It can be a spark plug, air filter, oil filter, or oxygen sensor. If some of these items are faulty, they force the engine to work harder, which leads to poor gas mileage.

If you can, don’t use rough roads

Potholes, dirt, and gravel rob you so much fuel. Do you know how? When your car bounces up and down, the forward motion energy is lost, which implies wasted energy.

These tips will help you improve your MPG. You must maintain your engine in tip-top conditions if you want to save money at the pump. Driving carefully to avoid unnecessary braking and accelerating is probably the most effective way to reduce high fuel consumption.