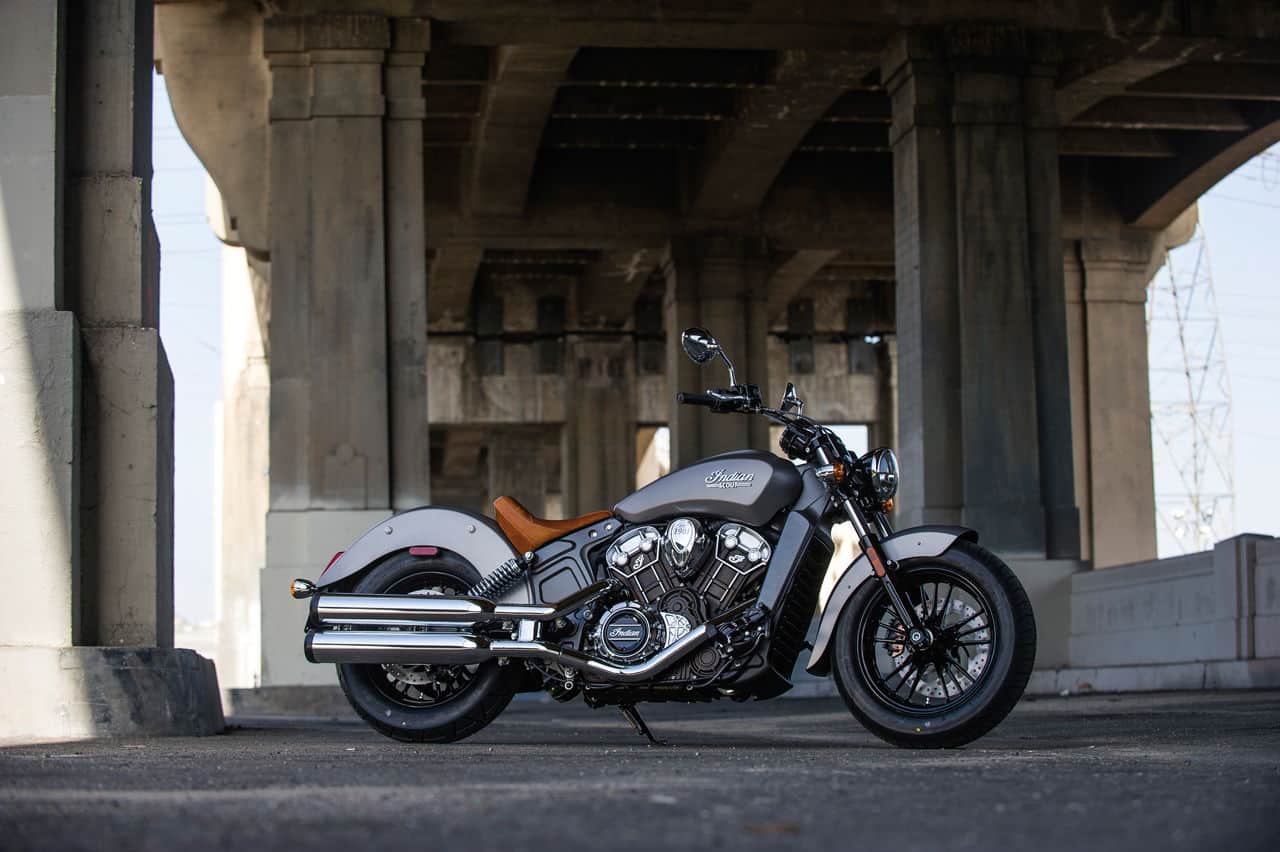 Males have a propensity towards motorcycles. It could be argued that it is in our DNA. With the wind in our hair and the sun on our skin, we feel more alive than ever before when riding one. Here are 15 bikes that will turn you into the man you’ve always wanted to be.

Each one offers a unique riding experience, so make sure to choose wisely. With power, style, and performance all available in one package, these motorcycles will not disappoint. So what are you waiting for? Start your engines!

Before You Drop The Cash On A New Bike

Cheap motorcycle insurance is a great way to save money on your bike. However, before you purchase a policy, it is important to check your budget to see what you can afford.

There are many different factors that go into determining how much coverage you need, and you don’t want to end up paying more than you can afford. Once you have an idea of what you can spend, shop around and compare rates from different companies.

Make sure to get quotes for the same amount of coverage so that you can make an apples-to-apples comparison. Cheap motorcycle insurance is out there – you just need to do your research to find it.

Once you know you have what it takes, here are 15 motorcycles that will turn you into a man:

The Harley Davidson Fat Boy is a popular motorcycle that has been in production since 1990. It is characterized by its wide frame and big, powerful engine.

The Fat Boy is one of the heaviest bikes in the Harley Davidson range, but this only adds to its road-gripping power.

The bike’s wide handlebars make it easy to control, even at high speeds. And its comfortable seat ensures a smooth ride, even over long distances.

The Indian Chief Vintage Motorcycle is a work of art. The design is elegant and the craftsmanship is impeccable. It’s no wonder that this bike has been so popular with motorcycle enthusiasts.

The Indian Chief Vintage Motorcycle is powered by a V-twin engine that produces 100 horsepower. The bike has a six-speed transmission and a top speed of over 120 mph.

The bike is also equipped with disc brakes, which provide excellent stopping power. The Indian Chief Vintage Motorcycle is a beautiful bike that is sure to turn heads when you’re out on the open road.

The Moto Guzzi Audace is a motorcycle that turns heads. With its sleek design and powerful engine, the Audace is built for speed and agility. But what really sets the Audace apart is its unique history.

Moto Guzzi is a legendary Italian brand that has been making motorcycles since 1921. The Audace is a direct descendent of the original Moto Guzzi, which was known for its innovation and racing success.

Today, the Audace carries on this legacy with style and performance that is sure to thrill any motorcycle enthusiast.

This bike is built for those who want the classic look of a Bonnie, with a modern twist. The all-black finish gives it a more aggressive look, while still maintaining the elegant style that made the Bonnie an icon.

The T120 Black is powered by a 1200cc engine, making it one of the most powerful Bonnies on the market. It also comes equipped with a host of modern features, including ABS brakes and traction control.

The Ducati Scrambler Classic is a stylish and affordable motorcycle that is perfect for both beginning and experienced riders.

The Kawasaki Z900RS is a great choice for those looking for a powerful and stylish ride. It comes equipped with a 948cc four-cylinder engine that produces 110 horsepower and 72 lb-ft of torque. The bike also features an inverted fork, dual disc brakes, and alloy wheels.

All of these features come together to provide a smooth and comfortable ride. The Kawasaki Z900RS is also available in a variety of colors, making it easy to find one that matches your personality.

Ducati’s Monster 1200 S is a motorcycle that is sure to turn heads. With its sleek design and powerful engine, the 1200 S is a bike that is built for speed. But what really sets the 1200 S apart from other motorcycles is its attention to detail.

Every aspect of the bike, from the frame to the engine, has been designed with performance in mind. And it shows in the ride. The 1200 S is a bike that is meant to be ridden fast and hard. It’s an adrenaline-pumping machine that is sure to get your heart racing.

The Yamaha XV1900 Stratoliner is a luxury cruise motorcycle that was first introduced in 2006. It features a fuel-injected, air-cooled, OHV V-twin engine with a displacement of 1854 cc. The motorcycle has a seat height of 27.6 inches and a dry weight of 805 pounds.

It is available in two colors: black and red. The Stratoliner is Yamaha’s flagship cruiser motorcycle and is priced at $16,499. Some of its notable features include an adjustable windscreen, heated grips, and hard saddlebags.

The Honda Gold Wing Valkyrie is a powerful motorcycle that is sure to turn heads when cruising down the road. With its 1800 cc engine and sleek design, the Valkyrie is built for speed and power.

But it’s not all about looks- the Valkyrie also comes equipped with a long list of features that make it a comfortable ride, even on long trips.

From heated seats to cruise control, the Valkyrie has everything a rider needs for a relaxed journey. And with its spacious trunk, there’s plenty of room to pack everything you need for the trip.

This bike is also packed with features that make it rider-friendly, including electronic cruise control, keyless ignition, and ABS brakes.

And unlike some other bikes on the market, the Chieftain Dark Horse comes standard with a quick-release windshield and saddlebags, making it ready to hit the road right out of the box.

The Suzuki Boulevard M109R B.O.S.S. is a powerful motorcycle that combines sleek styling with raw power. The M109R B.O.S.S. features a 1783cc liquid-cooled engine that produces an impressive 125 horsepower and 106 ft-lbs of torque.

The Yamaha V-Max is a high-performance motorcycle first introduced in 1985. It is known for its powerful engine and eye-catching design. The V-Max was originally designed as a cruiser, but it has since been adapted for use as a touring bike and a racing bike.

It weighs 247 kg without fuel. The Yamaha V-Max is an iconic motorcycle that has exerted a lasting influence on the motorcycle industry. It remains one of the most popular bikes on the road today.

The Kawasaki Ninja H2 is a high-performance motorcycle that was first introduced in 2015. Since then, it has become one of the most popular motorcycles on the market. The Ninja H2 is powered by a supercharged 998cc engine that produces up to 200 horsepower.

It also features a unique aerodynamic design that helps to reduce drag and improve stability at high speeds. In addition, the Ninja H2 comes equipped with a variety of high-tech features, including traction control, launch control, and ABS.

Thanks to its combination of power, performance, and technology, the Kawasaki Ninja H2 is a truly impressive motorcycle.

The Indian Scout Bobber is a cruiser motorcycle that was introduced in 2017. The bike is based on the Scout platform, but with several changes to give it a more aggressive look. These include a lower seat height, blacked-out components, and smaller wheels.

The Scout Bobber is powered by a 1,133 cc V-twin engine, and it has a starting price of $11,499. Despite its relatively low price tag, the Scout Bobber has been well-received by critics, who praise its handling and performance.

The bike’s stylish looks have made it popular among riders who want a cruiser that stands out from the crowd.

The Harley Davidson Breakout is a beautiful motorcycle that turns heads whenever it hits the road. With its long, low silhouette and powerful engine, the Breakout is definitely a bike that means business.

But despite its imposing appearance, the Breakout is actually quite easy to ride. Thanks to its well-balanced design, it handles smoothly and effortlessly transitions from one gear to the next. The result is a bike that’s both fun to ride and easy to control.

These are 15 of the most popular motorcycles on the market today that are sure to turn you into a man. Each bike has its own unique combination of features that appeal to different riders. Whether you’re looking for power, performance, or style, there’s sure to be a motorcycle on this list that’s perfect for you. So get out there and enjoy the open road!

Are ACH Payments a Secure Way to Pay?