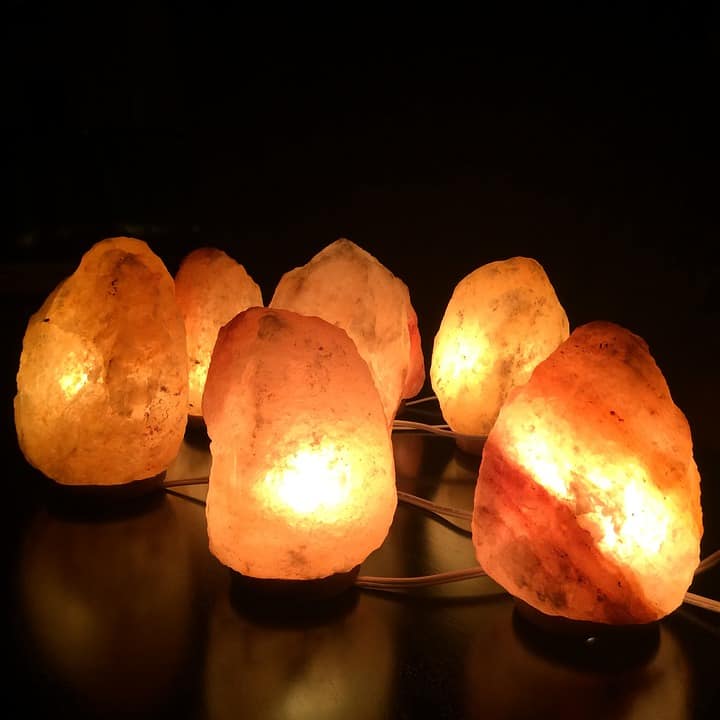 You’ve probably seen them on the desks of work colleagues and in boxes on store shelves. With their pinkish-orangey glow, Himalayan salt lamps have been taking the world by storm.

It turns out, though, that these little lamps do a lot more than simply look nice. If you get a real one made of genuine Himalayan pink sea salt, spending time in proximity to a salt lamp can reap some rather nice health benefits.

Health Benefit #1: Anxiety Reduction
In today’s world, we’re all over-busy and over-stressed. Common wisdom tells us to slow down, get more rest, and take a vacation, but this often proves impossible. Enter Himalayan salt lamps and their awesome negative ions. You see, when you turn a salt lamp on, it puts out microscopic particles called negative ions. These counteract positive ions in the air that make us feel more agitated, tired, stressed out, and all around frazzled. This is why many people use salt lamps to reduce their anxiety attacks, as well as calm generalized anxiety.

Health Benefit #2: Beat Insomnia
Another benefit you get from a stream of negative ions is that they help you sleep. Because the reduction of positive ions in the air helps relax you, the bedroom is an ideal place to use a Himalayan salt lamp. Its soothing glow is also less stimulating than a regular tableside lamp.

Health Benefit #3: Crush Allergies
Finally, many people love their Himalayan salt lamp because they help with allergies. Salt is hygroscopic, which means it absorbs water particles from the air. With those water particles, it also catches dust and allergens. When the lamp is turned on and warmed up, the water evaporates, leaving the allergens behind. In other words, a salt lamp is an all-natural allergen-catcher!

Whether you’re hoping to calm down, sleep better, or sneeze less, a Himalayan salt lamp can help. Before you know it, you’ll be chasing down friends and family members to tell them all about the wonders of hygroscopy and negative ions!

Thinking About a Caribbean Beach Vacation? Here Are a Few Things to Consider