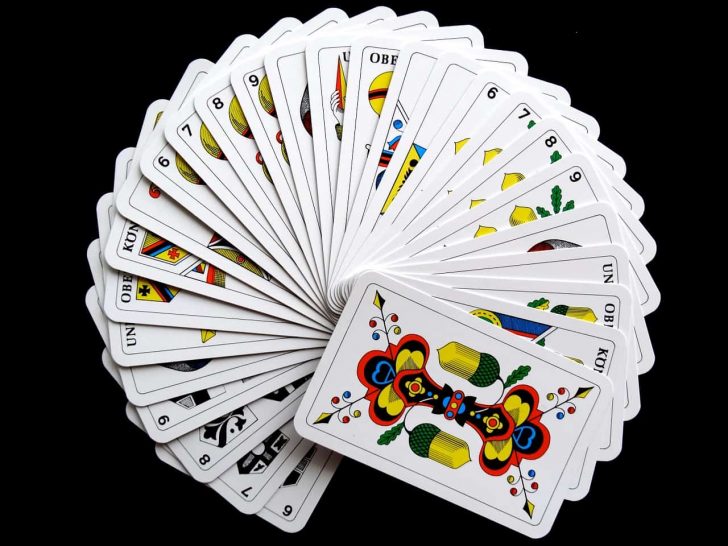 It is clear that the game using cards is called a card game, regardless of the number of participants. However, not everybody can guess that the world of such entertainments is very varied and there is even a special classification for them. All games of this type are based on the random location of the cards in the deck, shuffling and distribution and all games, except solitaire, involve several opponents.

Games of chance: In these games, the chance of winning depends on luck, skills, and knowledge of the player in these games fade into the background. Gambling games include poker, baccarat, blackjack, and others.

Folk (or family) card games: these games are suitable for players of any age and generation, the rules of these games are easy to understand, so it is fun and enjoyable to play them.

What kind of card games are there? Types and varieties of gambling and card games

Card games can be divided into:

Games that are based on a purely mathematical calculation and the ability of the player to think logically: bridge, whist, preferans, moor, king, Joker Gaming.

This group is considered the most difficult, which is understandable – just luck cannot do here, you will need intelligence, care, the ability to analyze. Rules and analysis of all the nuances are often issued separate directories, so it is clearly not possible to learn how to play these varieties in one. By the way, the bridge is officially classified as a sports game as well as chess. In several countries, it is not particularly famous, but preferans has been popular for a long time. Whist is considered to be the ancient progenitor of both bridge and preferans.

In these games, the outcome depends not so much on the abilities of the player, but on chance, luck, and probability, so the rules can be much easier than in the representatives of the “intellectual” group.

Some features of card games

In gambling cheating and fraud are common, which become an excellent occasion for quarrels and fights. However, it all depends on the company and manners, because such entertainment is appropriate both in an elite casino and on the bench in the yard. Intellectual games can take a lot of time; this is their essence – to help pass the time. Gambling is more rapid, their goal is to identify the winner and win as much as possible quickly.

In addition, the types of card games can be determined by their history, i.e., there are older and relatively young varieties. Each game has all sorts of variations, so the overall list is very extensive.

As for poker, it belongs equally to the first (intellectual) and the second category (gambling). It combines the features of each of them: for a poker player, both luck and the mathematical components are important. This symbiosis determines the success of the game. In addition, poker refers to games where it is particularly important to bargain correctly. You can immediately fold or successfully bluff – it all depends on tactics and strategy. That’s the beauty of poker.

Originally published on September 24, 2019 in Gaming