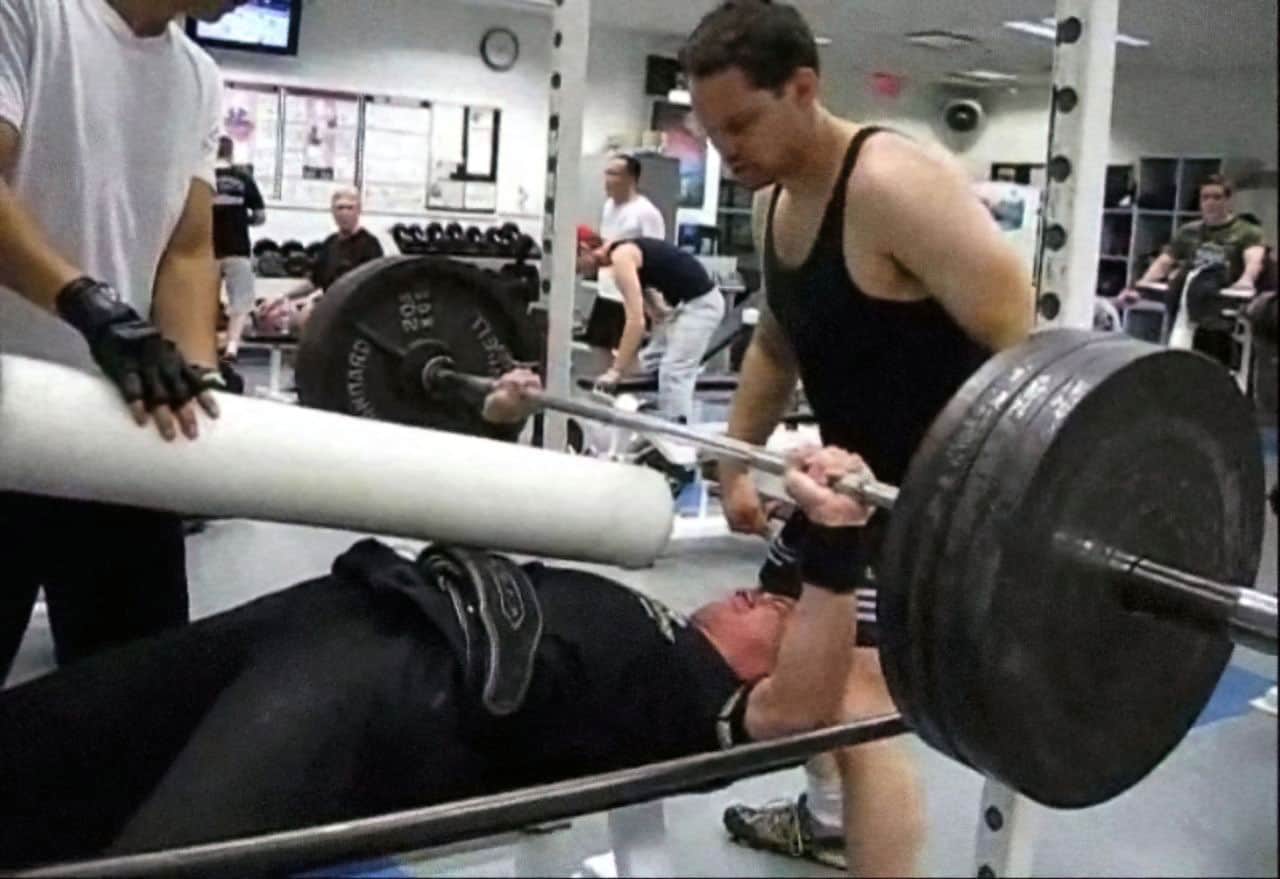 Unfinished Man: Thank you for the chance to interview you Bill.  Please tell the readers a little bit about yourself.

UM: How long have you been involved in Powerlifting?

BY: I have always been around in strength training since I was in high school, but only started actively competing for the last two years.

UM: Were you a strong person when you were growing up?

BY: Not by any means.  I was a pretty skinny guy in high school; I think I only weighed around 120lbs or so.

UM: How does it feel now that you went from the skinny guy to being a competitive power lifter?

BY: It definitely does have a feeling of accomplishment, but with that being said, I am still very much a rookie in the sport.  I am still fine tuning my technique and am always open to criticism from the more experienced lifters.  That’s one of the very great things about the sport, the camaraderie.  It doesn’t matter how you rank, your fellow competitors cheer you on and are always willing to give technical advice and motivation!

UM: So what is it that you do in a competition?

BY: I compete as a single lift power lifter whereby it is a test of strength on the bench press.

UM: I am guessing there has to be more to it than just lying on a bench and pressing the weight

BY: Well essentially you would be right on that but there are rules that are in place so that everyone is judged on the same criteria.

UM: Ok so there are rules.  Why don’t you give us a breakdown of what actually happens during your lift.

BY: Sure.  I compete under the umbrella of the International Powerlifting Federation, also known as the IPF.  By their guidelines, I take the weight off the rack (lift off from spotters are permitted) and hold it motionless.  Once the head referee is satisfied that the bar is motionless and I have control of it, they will give me the start command.  Once that command is given, I then lower the bar so that it touches my chest.  Once the bar is motionless on my chest the referee will give the press command at which time I will press the weight upward.  And finally once the weight is in the final lifted position and in control, there will be a command to rack the weight.  The key elements are that none of the motions can be carried out before the command to do so is given.  Not lifting on command results is a disqualified lift attempt.

UM: Are there any other rules that would cause a disqualification?

BY: Yes.  When performing the lift, your feet must be flat on the floor, your butt on the bench as well as your head.  If your starting body position changes during the course of the lift it will result in a disqualification.  For example, if you were pressing the weight and as you were lifting your butt raised off the bench, it would be disqualified.  There are other technical rules involved in the process; however that gives you the general idea.  Complete rules and guidelines can be found on the IPF website.

UM: That sounds like a lot to keep in mind while you’re doing the lift.

BY: It definitely was the first time I competed, but after awhile it becomes second nature.

Video of Bill You Training:

UM: So what is your training like when you compete?

BY: I start training for competitions when it’s about 8 weeks away.  At 8 weeks out I train with a relatively light amount of weight – say 60 percent of my max for 5-6 reps on a touch/pause (where the bar is lowered to touch the chest, paused for one second, and then pressed).  As the weeks pass, I will start increasing the percentage until I am at 100 percent of my max.  Around 2-3 weeks before the competition, I will start my shirted training.

BY: Shirted training means that I wear a specially engineered support shirt that assists me in the lift.  It’s made of a very thick material that has very little stretch to it.  It actually takes another person to help me get into the shirt as I am unable to do so myself.  Once the shirt is in the proper position, it gives me a lot of support in the lower part of the lift.  Using that support and the upward momentum of the bar, I am able to press weights that I would normally not be able to do without it.

UM: That sounds like a very powerful edge in competition.  How much would you say it helps you?

BY: For me personally, I get about an extra 20 percent of weight – which from what I understand is about the average.  So if I am training without the shirt my max bench is about 330 pounds for a touch/pause.  When I am wearing the shirt, it goes up to around 385-405.

UM: Wow, what was the most you have ever benched?

BY: In training the most I have ever done was 455lbs off 3 boards

BY: 3 boards means that there is 3 2×4’s placed on my chest during the lift.  The combined height equals 6”.  This serves as a marker so that when I lower the bar to touch the 2×4’s I know I am lifting when it’s 6” above my chest.  This principle is used to get the body used to handling the heavier weights gradually.  If the lifting in training is successful with 3 boards, we then use 2 boards which make it 4” above my chest, then 1 board for 2” above, then finally a touch to the chest.

UM: That sounds like a great system.  Because you train with such heavy weight, do you have a training partner?

BY: Actually I do not.  The reason is that my schedule can change from day to day so I wouldn’t be able to commit to a regular routine.  I am fortunate that I train at a facility where the trainers and staff are capable of handling the weight should I need a spot.

UM: Do you train year round with that program?

BY:  No, I will only do that style when I’m preparing for a competition.  The rest of the year I still train for power, but I will incorporate more recreational styles of fitness like hiking or tennis.  Something that gets me out; enjoying the weather.

UM: With all your intensive training, do you take a lot of supplements?

BY: No, I don’t take any at all.  No protein powders, shakes, bars, etc.  I get all my protein and carbs from my diet.

UM: So what’s next for you in powerlifting?

BY: My next competition will be November 13, 2010 for the Western Canadian Championships

UM: What advice would you give a lifter that’s coming into the sport for the first time?

BY: I would say to be patient. Strength takes time to develop.  Don’t worry about lifting huge numbers.  Concentrate on being consistent with training and technique/form, by doing that the numbers will come.  If possible, seek out a power lifter at their training facility, we’re always glad to talk to new people to increase the awareness of the sport.

UM:  Bill, I want to thank you for your time and wish you continued success.

BY: Thank you it was my pleasure.

2 comments on “Unfinished Man Interview With Powerlifting Champ – Bill You”