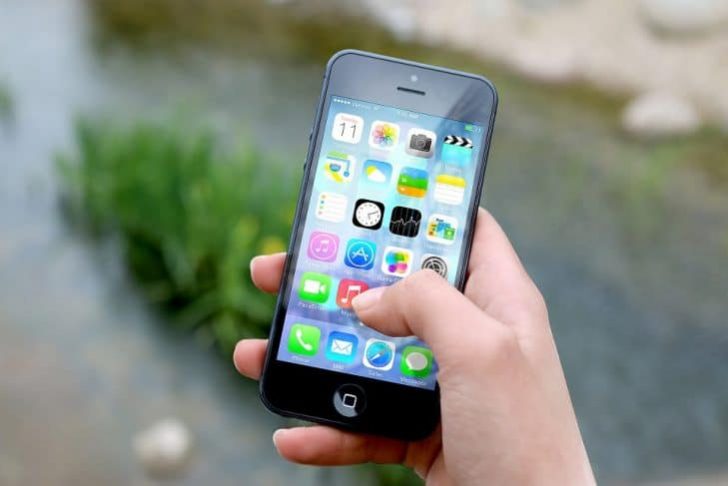 Top 3 App Types Every Man Should Have on Their Phones

Mobile Applications are one of the most frequently developed pieces of software nowadays. No matter what it is that you need to do with your phone, it’s almost guaranteed that there’s an app that can help you do it.

Most mobile phone manufacturers understand this and try to produce additional storage hardware that people can buy and install on their phones, thus giving themselves a much larget variety of apps they can choose from.

For men, applications aren’t necessarily always a priority. The maximum they can have is a messaging app, an email app and maybe some kind of random tracker.

In this article, we will be talking about 3 of the most important or useful app types that you can possibly have on your mobile phone. Naturally, there are a lot more app types that are very important, but these three seem to be the most useful on a daily basis.

Some kind of fitness app

When we say fitness app, it doesn’t necessarily mean that you have to have an application where you upload your workout routine. Although it is one of the most useful ones, there are a bunch of other fitness apps that you can install.

The most useful ones tend to be those that help you track your performance or the type of nutrients you take on a daily basis. In most cases, these app developers buy data from large pharmaceutical companies, dietary professionals and various other experts in the fields. They input this information into the apps and deliver it straight to you.

Therefore, there’s pretty much no food that you could possibly eat that is not included in the databases of nutrition intake trackers.

This helps with not only regulating the caloric intake if you’re trying to lose weight, but the proportion of protein/fat to carbs that you take if you want to gain the weight.

There are also trackers for sleep and food intake. For example, the biggest trend for the 21st century is intermittent fasting, which is sometimes very hard to track just because you may forget to look at the time you eat or calculate the exact time you can eat. The trackers have a nifty notification feature that just lets you know when to eat.

Overall, the perfect combination of applications you can have on your phone is a tracker for caloric intake, a tracker for your sleep and a tracker for your fasting & weight. At the end of the month, it’s very easy to simply look at the data and try to structure your future strategies more accordingly.

Mobile games can sometimes be referred to as a waste of time, but in reality, they’re an amazing way to avoid an awkward situation or pass the time whenever you are commuting.

In most cases, people download mobile games that are very engaging, but in most cases very repetitive as well.

What I would suggest is downloading a game that has some kind of mathematical or any kind of scientific basis. For example, a game that you need to solve puzzles in. A game where you use your basic knowledge about the world and etc. It’s a very useful thing to keep your brain active when you’re in the subway or on a bus dying of boredom. It definitely is a much better way to spend your time than listening to music.

This may sound pretty weird as well, but studies have shown that the most effective games to kill time with are the most repetitive. You know, something that doesn’t necessarily require a lot of skill to play, but manages to remain entertaining. That is one of the reasons that Australian mobile pokies became extremely popular. Due to the density of the cities, the commutes would usually last an hour and even more. Add to that the speed of the internet that the country has and you get thousands of people that download these games and play non-stop.

It could be harmful if you over-do it, but that’s something that applies to everything.

In the end, I’d suggest you go for something a bit more engaging and interesting, where you can learn more or test your cognitive abilities.

It’s always important to keep up with the current news, but paying subscriptions is sometimes just out of the question. Because of this, may news websites have developed applications which they use to place ads on and gain some kind of monetary benefit like that.

The most common thing you’d ever encounter is an ad roll before you watch a video or something, so it’s definitely not something very annoying.

However, I suggest getting as many as possible. Things like the New York Times, Financial Times, The Guardian, CNBC, and various other channels are essential if you want to keep up with everything that’s happening all over the world.

The reason is that you don’t have to sign up for annoying newsletters that send you emails almost every single day. Most of the applications that you can download, have a feature where you can simply indicate your preferences and receive notifications only in that specific field.

This can be sports, finances, business or pretty much anything you can think of. If you’re somebody that likes to invest, then this is an absolute necessity.