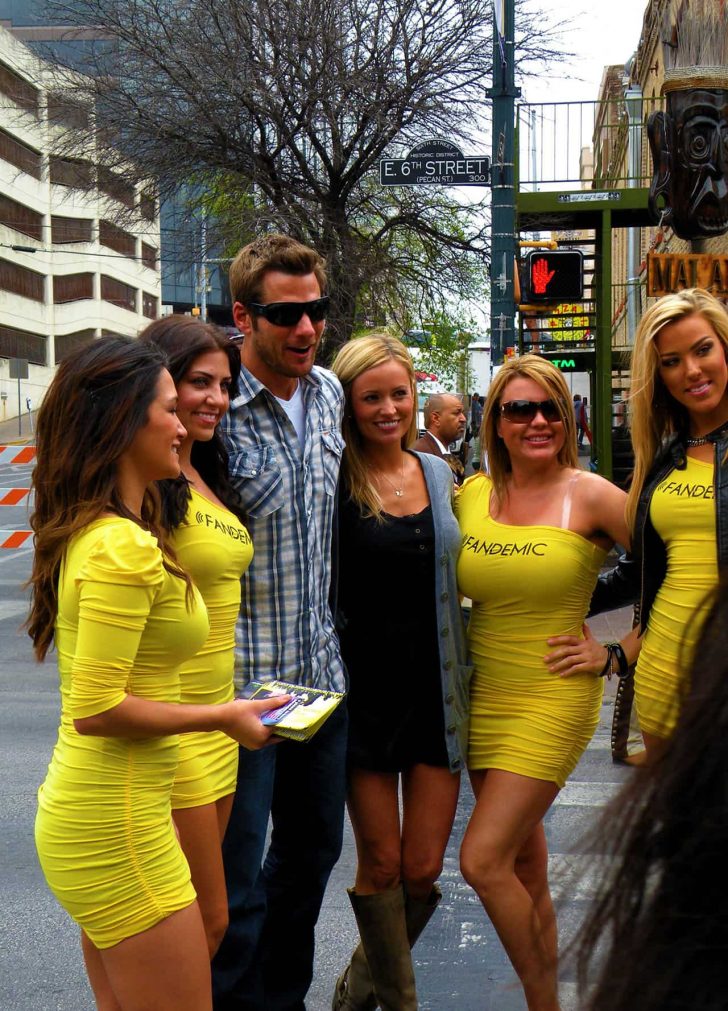 Even if you’re not there during Mardi Gras, you’re going to find excitement quite literally everywhere you look.

You’ll want to be safe because there are risks in New Orleans—for example, it has one of the highest rates of car accidents in the country.

Beyond that, what else should you know for planning the most epic New Orleans bachelor party?

There’s no shortage of places to stay in New Orleans, and if partying is what you’re most focused on, you might want to stay near the French Quarter. That puts you within walking distance to the city’s nightlife scene.

One great option for a bachelor party is the Royal Sonesta, and many of the rooms have balconies that overlook Bourbon Street.

The Royal Sonesta also has what is called Entertainment Suites, featuring room for up to six people with stocked bars, and you can swim in the Oasis pool before you head out for the night.

If you want something more elegant and with a bit of a historic feel, there’s Hotel Monteleone. It’s a block from Bourbon Street and features a heated rooftop pool as well as the Carousel Bar & Lounge.

For something more affordable, there’s The Oliver House, which is in the French Quarter and is only around five minutes from Bourbon Street. Some of the rooms have balconies or fireplaces, and there are even two-level rooms available.

The Four Points Sheraton is in the French Quarter and includes room upgrade options with balconies, a fitness center, and an outdoor pool.

There are so many options that the toughest part is narrowing them down.

Carrollton Market opened up in the Riverbend neighborhood in 2014, and the menu is influenced by French, Italian, and Spanish fare.

Barrow’s Catfish is an icon in New Orleans, and it recently reopened after taking a long hiatus following Katrina.

For the carnivores in your group, stop by Piece of Meat, located in Mid City. You’ll find loads of delicious meat that’s sustainably-raised and butchered in the old school style.

Galatoire is 112 years old, and you can find dishes like shrimp remoulade, for a taste of old school New Orleans at its finest.

Café du Monde is where you’ll need to go for a morning after breakfast. You can grab French pastries like the beignet, and some coffee.

There’s no shortage of things to do in New Orleans if you’re planning a bachelor party.

If you like the outdoors, think about a kayak toy of Bayou St. John and Bayou Bienvenue. You’ll be able to enjoy the skyline of New Orleans and likely see some gators along the way.

The NOLSA Brew Bus Tour is a four-hour trip to the best breweries in town. You get a full pint of beer at each stop along the way, and you can taste others. You also learn about the history and different neighborhoods of New Orleans on this tour.

The New Orleans Rum Distillery Tour lets you try out signature rums, and there’s a shuttle from the French Market, so you don’t have to worry about arranging transportation.

For the adventurous bachelor party group, a swamp tour is an option. You can check out the wildlife from an airboat.

Other tours you might think about arranging include a food walking tour, a ghost and vampire tour, or the New Orleans’ City of the Dead Cemetery Tour, which covers history and voodoo.

No bachelor party is complete without the actual partying.

There’s everything from chic, intimate cocktail lounges to massive clubs and drinking establishments.

Relatively new to the scene is Belle Epoque, which is behind the Old Absinthe House. It’s glamorous with stylized cocktail options, absinthe fountains and you can even grab some French onion soup while you’re there.

Manolito is in the French Quarter, and when you visit, you’ll feel like you’re in Havana. There are drinks like the Frozen Jazz Daiquiri, with whole coffee beans and granulated sugar. There’s also only 24 seats in this bar, and some outdoor seating, so it’s intimate and feels unique.

Saint-Germaine is a French-style bistro with an extensive wine menu.

The wines come from all over the world, including France, Oregon, and the Czech Republic.

Another French-style bar is Bar Marilou, which is sophisticated and feels like a speakeasy. Don’t forget to check out the long list of craft cocktails.

For an affordable option, there’s Twelve Mile Limit, which first opened in 2011 and features a jukebox and cheap beers.

How to Get Around

There are pretty good transportation options to get you from place-to-place in New Orleans, so no one has to drive. There are streetcars which can get you to most of the main places you might be interested in at a low price.

There are also horse carriages and pedicabs.

If you want, think about renting one of the blue bikes, which are available at rental stations throughout the city.

What Else to Know

New Orleans is an exciting, vibrant place but you want to be smart. Avoid getting into conflicts with anyone, because with all the alcohol that flows day and night, tempers can run high.

The police are more than happy to take intoxicated tourists off the street, so even though you can carry your drinks with you, be careful with your behavior.

Finally, how much you spend is up to you, but there is definitely the potential for New Orleans to be an affordable bachelor party destination if you decide to make it that way.

Originally published on January 14, 2020 in Relationships