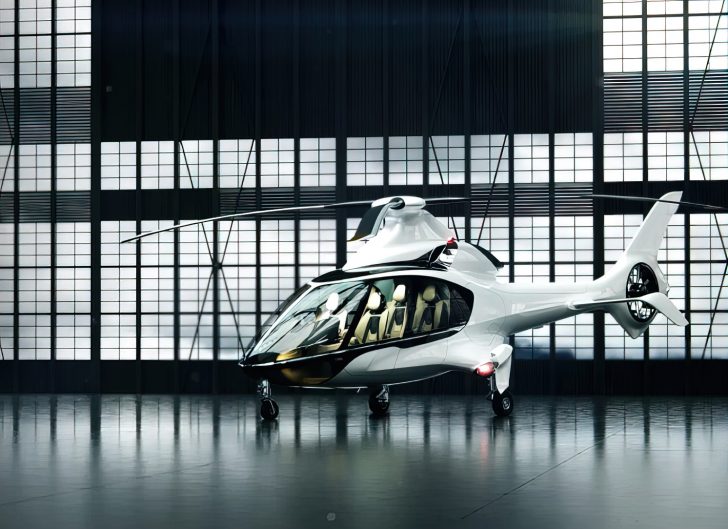 Disrupting a sector as niche as private helicopter sales is no mean feat. Nevertheless, that’s exactly what Jason Hill of UK-based Hill Helicopters has in mind.

A noted innovator with an extensive track record for achieving the impossible, Hill genuinely believes his newest concept has what it takes to “fix the ills of a broken industry.” An ambitious vision for even the most experienced aeronautical genius, but one that’s already being realized in the form of the HX50.

“The products we’re flying around today were out of date in the 1980s; they’re decades out of date,”

said Mr. Hill in a recent interview with Vertical Magazine.

“We need a very large injection of innovation to bring general aviation back to life. We need modern technology, we need more connected aircraft, we need higher performance aircraft, we need better crashworthiness, we need to improve the desirability.”

Promising “unmatched efficiencies for an entry-level turbine,” the HX50 may have the potential to completely revolutionize the sector with its state-of-art component and gas-path design, says Hill.

It was just a few months ago that Hill Helicopters came out of hibernation to begin talking up its latest (and arguably greatest) five-seat turbine helicopter model to date. The specifications and all-round vision for the HX50 are impressive enough, but not nearly as remarkable as its target price tag.

“More than 200 units of the HX50 have already been pre-sold, surpassing our target and setting us up to meet the demand that is building as news of this revolutionary aircraft spreads,” Hill Helicopters revealed.

The HX50 up for grabs for a (conditional) base price as low as £495,000. At such a price point, it could become the world’s first truly private helicopter, targeting an entirely new audience and disrupting the sector in a big way.

A Wildly Ambitious Project and Projection

Even with such pedigree, Mr. Hill is under no illusion as to the ambitiousness of the project his company is currently undertaking.

“For a new, innovative product to inject the kind of step change in technology that the [helicopter] industry needs, if you were to try and do it the certified route, you’d need huge amounts of money; you’d need to be pre-production for a decade. And it’s just not a viable business model,”

he said in the same interview.

Hence, one of the biggest differences with the HX50 is the way in which it is set to launch as an experimental category, amateur-built model. This will subsequently reduce the usual red tape and regulatory complexities, enabling it to be sold at an impossibly low price to a much broader audience.

“allows us to take more of the responsibility ourselves, meet all the same regulations, but get the product to market much, much faster than would have been possible with a traditional certification route,”

“And then once the product is in the market, it becomes very difficult for a certification body to argue that ‘Oh, it’s a terrible idea, it’s very dangerous, it’s too risky,’ if we’ve got 1,000 or 2,000 of them out there already with an exemplary safety record,” he told Vertical Magazine.

He also highlighted the importance of upgrading the current technology that forms the backbone of the aviation industry, which according to Hill is long overdue an update.

“The products we’re flying around today were out of date in the 1980s; they’re decades out of date,”

“We need a very large injection of innovation to bring general aviation back to life. We need modern technology, we need more connected aircraft, we need higher performance aircraft, we need better crashworthiness, we need to improve the desirability.”

According to Hill Helicopters, the ambitious concept has already earned a supportive nod from the UK’s Civil Aviation Authority (CAA).

Brexit may have delivered a hammer-blow to various arms of the aerospace sector, but Mr. Hill genuinely believes that the events of recent years will prove advantageous for the HX50 project.

“Brexit has been a real enabler because we’ve now got new powers coming home, so the UK will be able to certify its own aircraft again,”

“What we’re offering to these people isn’t just a revolutionary helicopter — it’s an ability to be part of the movement to relaunch GA,”

“These people are all very, very passionate about aviation. They love helicopters, they love the helicopter lifestyle, they just know it can be more.”

The first units of the HX50 are scheduled for delivery in 2023, with three prototypes set to fly for the first time in 2022.

Originally published on July 6, 2021 in Autos