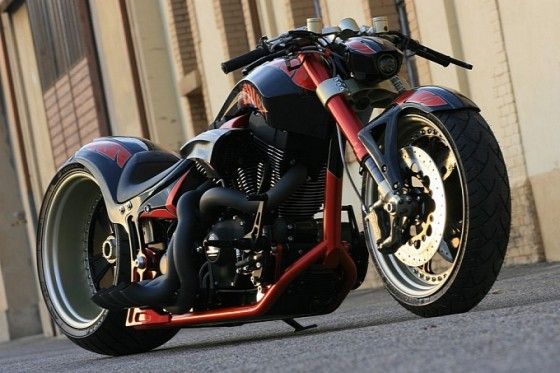 Normally I wouldn’t write about Harley Davidson motorcycles, unless I’m making fun of them or Marisa Miller is involved, but I’ll make an exception this time.  “The One” is a custom bike built by Fat Attack Custom Bikes, based in Switzerland, built on a Harley Davidson chassis.

“The One” is one sexy machine with low to the ground stance, a massive rear tire and a very unique exhaust system, which I’m sure is going to be extremely loud.  It will get you noticed for sure, as you’re sipping on a Latte at your local Starbucks.

The One’s body is custom made out of carbon fiber, aluminum, and titanium, which reduces weight by 132 pounds (60 kg) from the stock Harley.  Power has been increased to 110 horsepower, and according to the builders, it can be serviced at Harley Davidson workshops without any problems.  If you want one of these beautiful custom bikes in your driveway, you’re going to have to fork out $145,000!  A bit steep, but what do you expect to pay for a motorcycle that’s called “The One”? 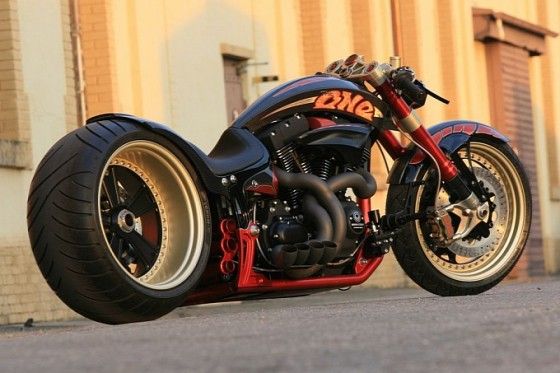 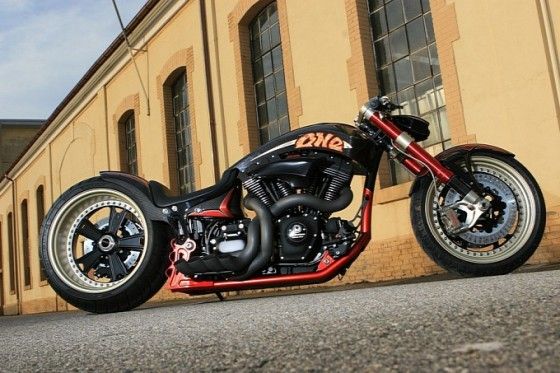 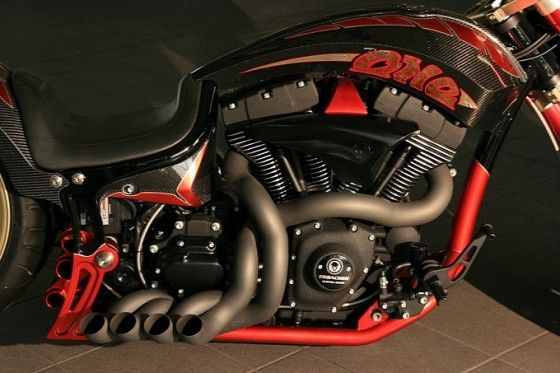 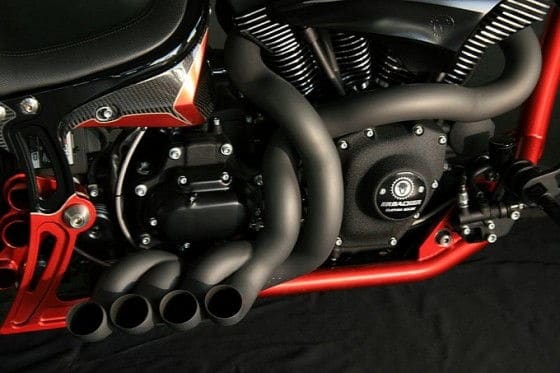 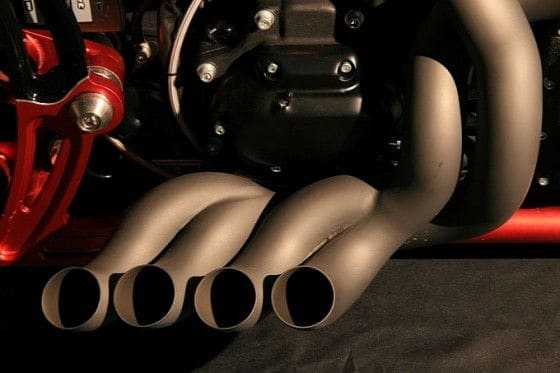 3 comments on “The One – Custom Bike by Fat Attack”