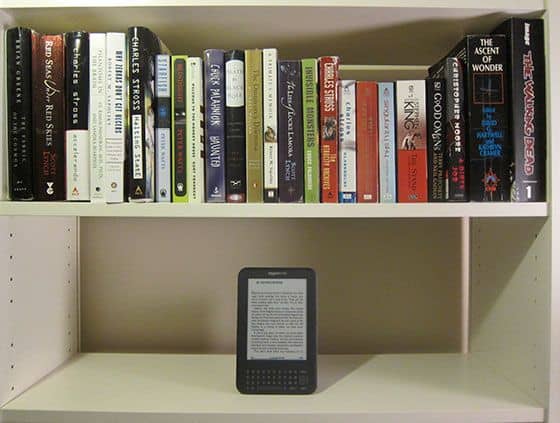 The Amazon Kindle, 3rd Generation - You'll have so much more room for other... stuff.

I’m one of those people who absolutely loves reading, but always has trouble justifying the time sink associated with the activity. I usually feel like I should do something more productive, such as write more fantastic articles or watch episodes of Dexter. Recently, though, I decided I would try to change all that (the lack of reading, that is) and try an experiment that I hoped would allow me more time to read, while not taking away from the slew of other activities I fill my day with, such as avoiding customers.

The experiment was very simple: buy a Kindle, and see if owning one would increase the time I spent reading each week. I had pined for an e-reader ever since they first hit the street, but it’s only recently that I felt e-reader technology had hit a point where I wouldn’t feel bad dropping money on one. The slow page refresh rate between page turns had been a deal breaker for me, as was the poor contrast on many of the previous generation e-readers, including the 2nd generation Kindle. In addition, Amazon dropping their prices so dramatically didn’t hurt any either. 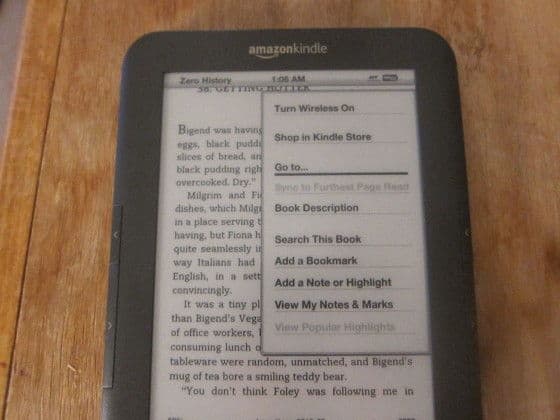 The Kindle has many amazing features, such as the ability to add bookmarks!

So what have I learned in the two weeks that I’ve owned an e-reader? I learned that my hunch was correct. My belief was that being able to carry around a durable reading device which I could use with one hand would make it convenient enough for me to read at least a few chapters a week. After having used the Kindle, I discovered that not only was I able to read a few times a week, I was actually able to read nearly every day. I finished 1.5 William Gibson novels in the first two weeks alone.

The reason the Kindle allowed me to get in so much extra reading time is simple – I could spend my commute time reading, instead of listening on other people’s conversations or staring off into space.. The commute was perfect for decompressing after a long day of work, but when I felt like reading I was always worried about not getting a seat and having to balance on a moving train while holding a book two-handed, a problem that goes away with the Kindles one-handed page turning. 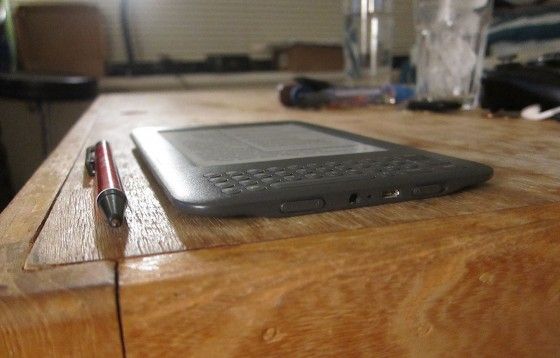 The Kindle is very thin, but not inadequate.

Not all of you have the luxury (or curse) of taking a train or bus to work each day, but the Kindle (and any e-reader worth its salt) has many other features which I believe makes it far superior to paper books, or “dead tree” books as the hippie e-reader fanatics like to call them.

If those features don’t make you want to own one, I don’t know what would. 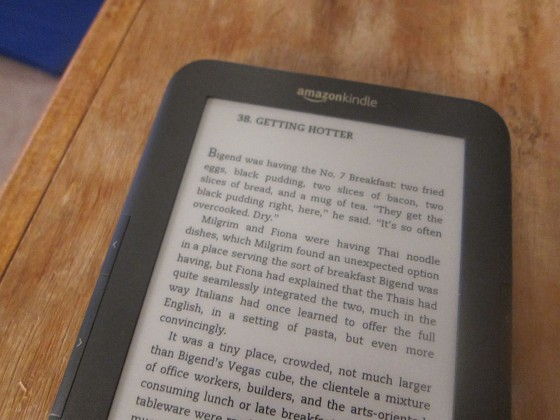 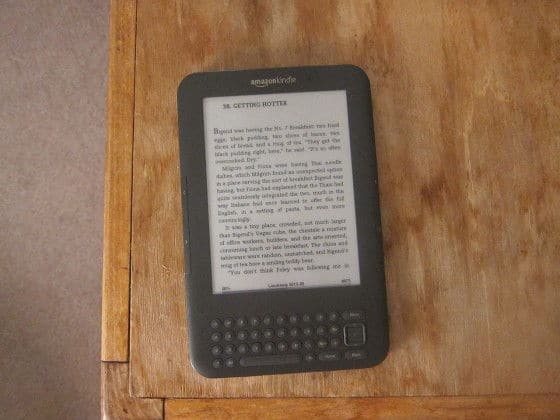 A stylish addition to any beat up coffee table.

The Kindle is one of many current generation e-readers available, but in my opinion, it’s the very best; it has many useful characteristics, such as being light-weight and easy to use, and sports a non-stupid name, unlike the Kobo e-reader that Chapters released.