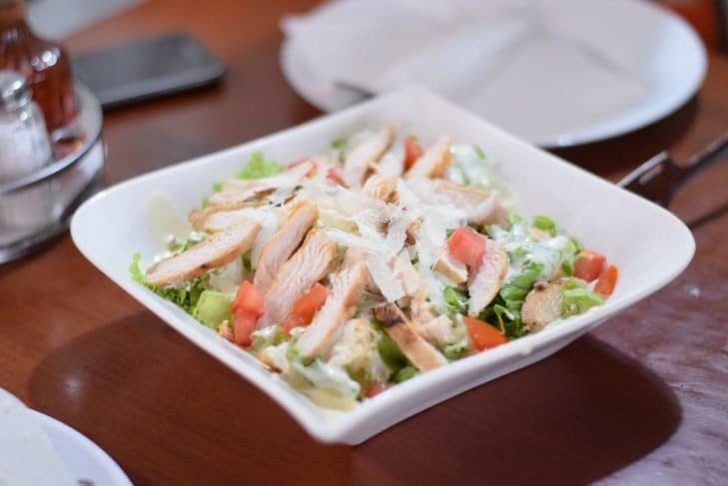 The history of the chicken Caesar salad?

Even though the Caesar salad is named after Julius Caesar it doesn’t have Roman origins. The history behind the chicken Caesar salad comes from an Italian-American restaurant tour that was working in Tijuana Mexico in 1924. Caesar Cardini and of throwing together the salad as a few ingredients that he had that he served to his friends.

The original recipe included Worcestershire sauce, Parmesan cheese, boiled eggs and garlic croutons with romaine lettuce. It would be only a matter of time before people started adding items like chicken and more into the mix to create new flavor creations with Caesar salad.

The chicken Caesar salad made its way into a cookbook after its time in Tijuana. There actually people traveling to Tijuana just to experience the dish before that. One of the people that actually made the Caesar salad popular was Julia Child. Julia Child traveled herself to Cardini’s restaurant and took the recipe down from him to add to her own cookbook.

After it was included in the cookbook it would eventually reach as far as Europe in 1953 it was named as one of the greatest recipes to originate from the Americas in over 50 years. Today, the Caesar salad is serve worldwide and it’s become a staple side dish and staple main dish especially when enjoyed with the help of chicken and other proteins.

There are a wide range of chicken Caesar salad recipes today as well as ready-made kits that you can use to make this delicious food item at home. Although it may be surprising to many people that the Caesar salad originated in Mexico, the variations of the chicken Caesar salad today have almost ensured that everyone has their chance to put their own unique spin on the dish.