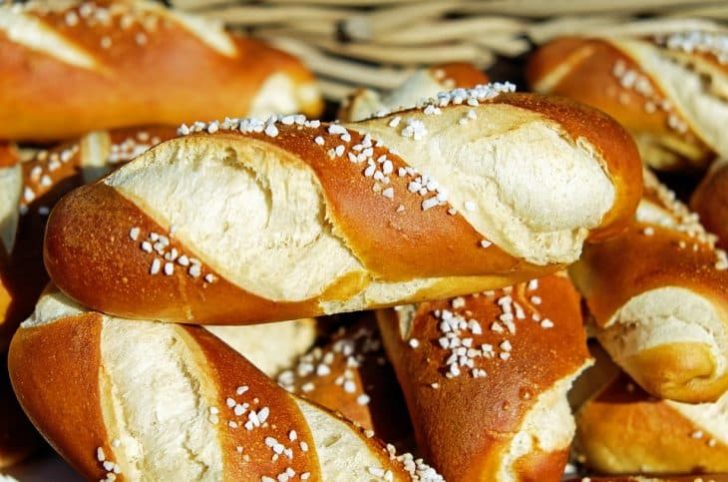 The Evolution of the Pretzel

The pretzel is a delicious, easy, salty snack that is well-known throughout the world. However, pretzels have not always been the knotted finger foods that we now know them as. There is an interesting history behind the pretzel, and it’s fun to see how it has evolved into what it currently is today.

The first recorded instance of pretzel baking comes from Germany (no surprise there)! These were baked as soft, squishy bread, and it is believed that monks were the first to create them. They were called “little rewards,” and were given to young students who correctly recited their prayers. Because they were so cheap and easy to make, they were often handed out to poor and disenfranchised people, providing them with not only much-needed calories but also a spiritual boost (as believed by the monks).

Pretzels eventually made their way to America as German and Dutch immigrants began to come across the Atlantic Ocean. They were particularly popular in Pennsylvania, and that remains true as the state is still responsible for 80% of pretzel production in the country to this day. Although the first pretzels were of the large, soft variety, bakers in Pennsylvania needed to find a way to make them suitable for mass production and give them a longer shelf-life. It is believed that in 1861, Julius Sturgis invented the hard, crunchy pretzel in order to sell them commercially.

This allowed pretzels to be distributed across the nation without going bad, as they could be stored in an airtight environment and maintain their flavor. Today, both hard and soft pretzels are available throughout the world. Soft pretzels often come with different dips such as melted cheese or mustard, and hard pretzels can be coated with chocolate, yogurt, or other delectable sweets for a contrasting flavor.