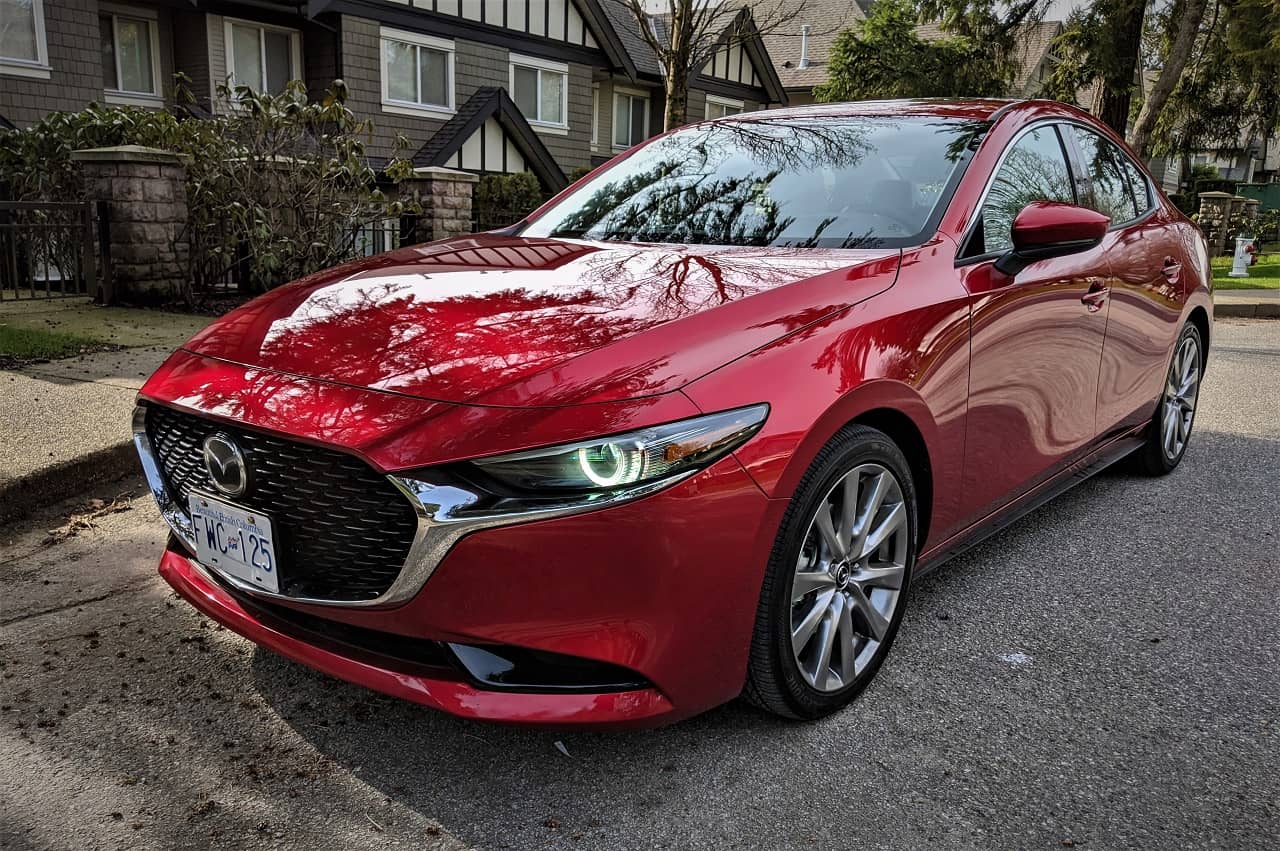 The fourth generation Mazda3 has been a very popular car among automotive journalists, and for good reason. It’s very stylish, luxurious, and fun to drive. Although the hatchback version is polarizing, and even after a full year on the market, I’m still not too sure about the C-pillar on the car.

Last year I boldly proclaimed the new Mazda3 to be the “Car of the year”, I liked the car that much. And guess what, the 4th generation Mazda3 has won the Automotive Journalists Association Canada (AJAC) car of the year award.

As popular as the new Mazda3 sedan and hatchback are with automotive journalists, an elite group of people who know a thing or two about cars, it hasn’t been as popular with the general public, as sales numbers have been a lot lower than previous years. I think one of the main reasons could be the styling on the hatchback, the c-pillar on the car is the real talking point and it is huge. I personally like the hatchback for the most part, again, I’m not a big fan of the c-pillar. But I do like the overall look on the hatchback and absolutely love the sedan.

I think the Mazda3 is too stylish for the average Joe/Jane. I’d compare it to that super-hot girl that’s nice but most average guys are too scared to ask her out, even though she might/probably will say yes… but that’s just my theory. I think part of the decline could also be contributed to the consumers’ preference for crossovers.

I’ve already reviewed the new Mazda3 on quite a few occasions, and I personally really liked it, just like most automotive journalists. I recently had a chance again to review a 2020 Mazda3 GT AWD sedan and a Mazda3 GT Sport (hatchback) and my opinion of the vehicle hasn’t changed at all, I really love driving this sporty sedan/hatchback. In fact, I appreciated these vehicles even more, after driving some other high-end cars since I last reviewed the Mazda3. One example would be my recent review of the 2020 Jaguar XE R-Dynamic, which is an entry-level luxury sedan. I personally think the Mazda3 is a much better car, in terms of quality, the materials used on the interior, and of course, value. Of course, the XE is a lot more powerful, but I think the Mazda3 gives it a good run for its money.

Why do automotive journalists love the Mazda3?

The simple answer to this question is, it’s a driver-oriented car that still has the DNA from Mazda’s old “zoom-zoom” slogan. The introduction of the 4th generation marks Mazda’s move upmarket, which is appreciated by true car fans, and as automotive journalists, we get to drive hundreds of cars, giving us a glimpse at the competition and cars that are much higher priced. With this knowledge, at least for me, I appreciate the efforts Mazda has taken to make the Mazda3 stand out.

Like I mentioned above, the styling on the Mazda3 Sport, is polarizing. Part of me likes it a lot and another part of me just can’t get over the huge C-Pillar, but if I was looking at buying a hatchback, I probably would go ahead and buy the Mazda3 Sport. Other than the C-Pillar, I love the rest of the car’s design and it looked great in the Snowflake White Peral, and the blacked-out chrome trim and wheels looked absolutely fantastic. I have no complaints on the design of the sedan, I’ve been a huge fan of it from the beginning. I think it’s the best-looking sedan in this segment.

The driving dynamics of the Mazda3 is another aspect of the car that has been praised since this car was first introduced many years ago. I think it’s still a great driving car, although the competition is also offering sporty cars in this segment. However, not every competitor is offered with a smooth shifting 6-speed manual (not available on all trims), and the automatic transmission is also a great option (no CVTs here).

The interior on the Mazda3 is in a class of its own, especially on our higher trimmed review cars, and even more so on the cars with the red interiors. The interior features soft-touch materials and leather on the door panels and the dashboard, in addition to the seats. The interior is quiet and would feel at home in an entry-level luxury car, costing twice as much.

Why isn’t the Mazda3 selling as well as it should?

Like I mentioned above, I personally think the styling has something to do with it. I like the styling a lot, but maybe the average consumer is looking for a more “vanilla” looking car? Even the hatchback has grown on me over the last year.

Another reason is the ever-changing consumer taste, which is favoring CUVs nowadays. Personally, I’d take a good sedan or a hatchback over a CUV any day of the week because of better driving dynamics and lower prices of cars/hatchbacks. Although Mazda does offer quite a few CUVs, that are pretty sporty.

The Mada3 also hasn’t grown in size, like some of its competitors, especially the best-selling Honda Civic, which is much larger. Comparing the Civic and Mazda3’s sizes, the Civic is much larger and is classified as a mid-size sedan now.

Of course, these are my opinions on why sales have gone down for the new Mazda3, but I’m sure sales aren’t as bad for the Mazda3 as they seem, I’m just basing it on the sales numbers from America, I couldn’t get a reliable source for car sales numbers for Canada. The overall sedan/hatchback market has been shrinking for a long time and most/all of the American brands have given up this segment, instead focusing on CUVs and SUVs. I’m glad Mazda is still offering sedans/hatchback, and even manual transmissions.

Personally, I think the 2020 Mazda3 is an excellent vehicle, in both the sedan and hatchback forms. It is a great looking car, it’s sporty to drive with just enough horsepower, and the interior is top notch. I have recommended this car to many people because of these qualities. If I was looking a compact sedan/hatchback, the Mazda3 would be my go-to car.