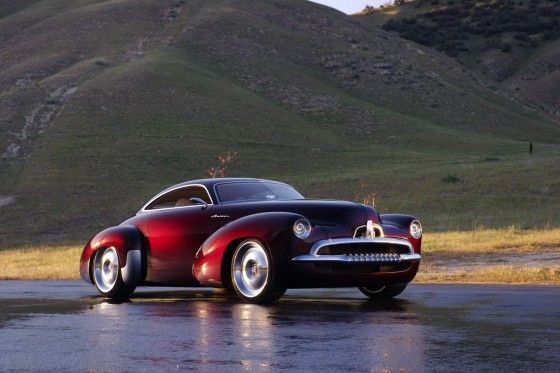 The Holden EFIJY concept car from Australia has been around since 2005 but I somehow missed it.  For those of you that also didn’t see it earlier, here it is.  The car was designed by Richard Ferlazzo and is a wild take on the Holden FJ, “Australia’s most famous car” and the name is derived from that, eFiJy.

The Holden EFIJY’s interior looks very luxurious.  Most of the places you’d normally find plastic are covered with leather, including the headliner.  The floor is covered with really nice looking wood, which looks like it belongs in a luxury home.  The doors use a proximity sensor, so when you get near the car, the doors automatically open.  The EFIJY is equipped with a drop-down touchscreen LCD monitor which controls the radio, navigation system, air suspension and other functions.