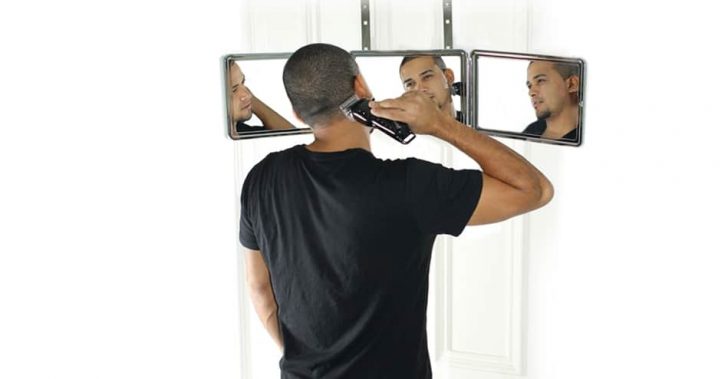 Self-Cut System Review: Cut Your Own Hair and Save Save Save!!!

A while back Chad sent me an email asking if I would like one of our writers, Noman, to review a product that has to do with hair, since he was cutting his own hair at that time.

Chad described this product as a gadget that cuts your hair or “Self-Cut System,” so naturally I said yes. After all, I’m a big gadget fan and would love to see a product that “self-cuts” your hair. I was expecting to see something from The Jetsons, a round-bowl type of a gadget that you put on top of your head and let it do its thing. How awesome would that be?

Well, the mailman came and delivered a package, which I was very excited to open, only to have my hopes and dreams crushed!!! The product was…. a mirror! But it was no ordinary mirror, it was a “specially designed patent-pending three-way mirror”. In other words, three mirrors stuck to each other on hinges that fold into each other; something I already have in my bathroom. It’s been there for 40 years! (see image below) I guess anyone can get a patent on anything nowadays. 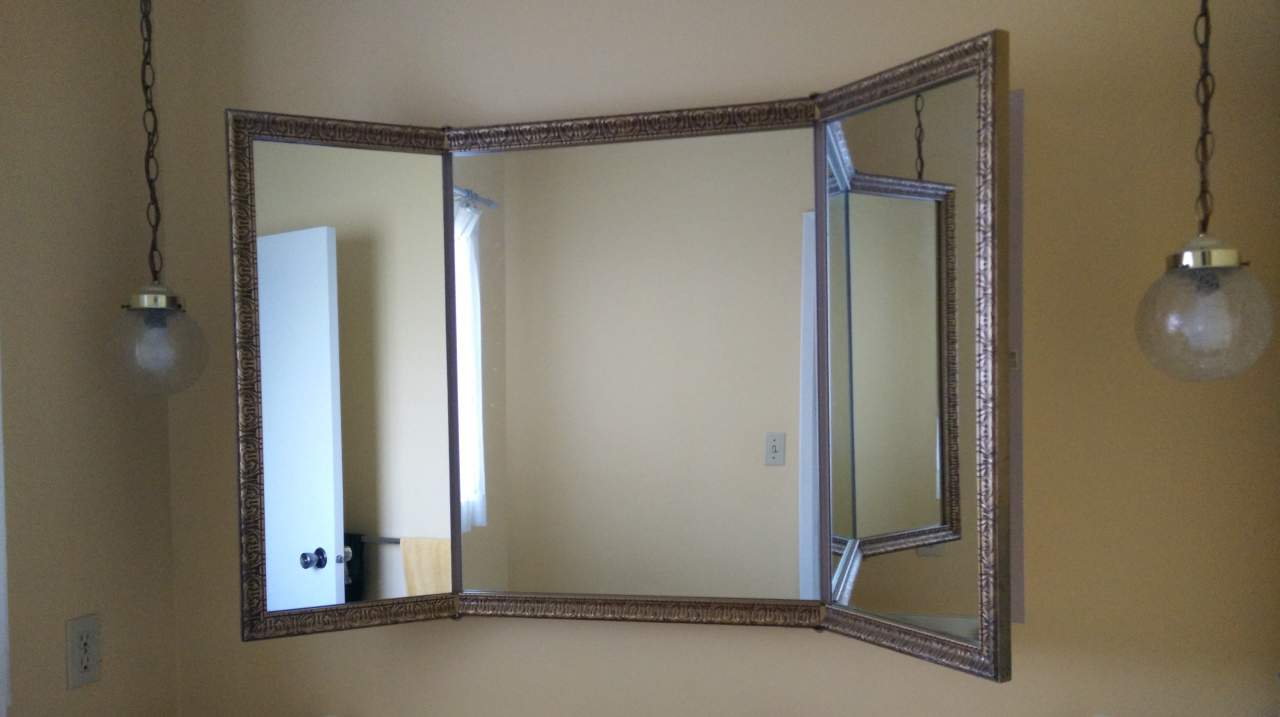 I’m sure the Self-Cut System mirror is good at showing you the sides of your head, but it doesn’t mean you can cut your own hair. Isn’t there some sort of skill involved in cutting hair? And if you’re cutting it really short, a regular mirror has worked for our writer for over a decade. The way I look at it, it’s like giving a person with an appendix problem all the tools necessary to take out the appendix and then telling him/her to go ahead and remove it, since he/she can see it and has the tools!

But all kidding aside, this might be a good system for those people that want to cut their own hair and have been doing it for a while. The three-way mirror might help you cut your hair more efficiently, and the system does come with a DVD full of instructions. You can buy the Self-Cut System for $79.95 and can save loads of cash based on the beautiful graph below. 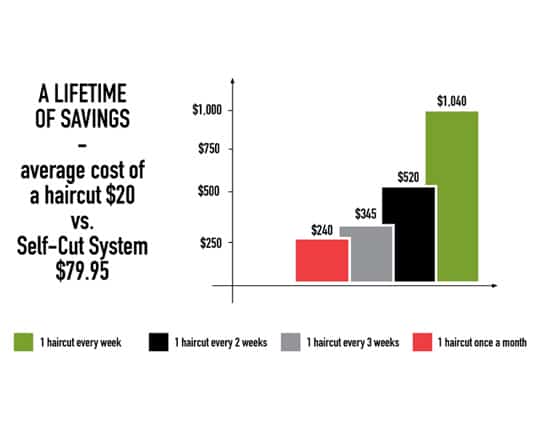 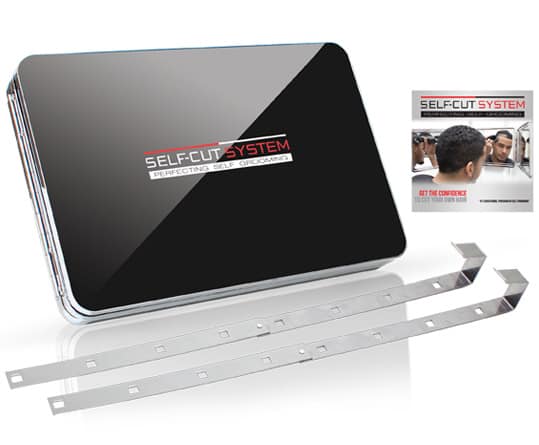 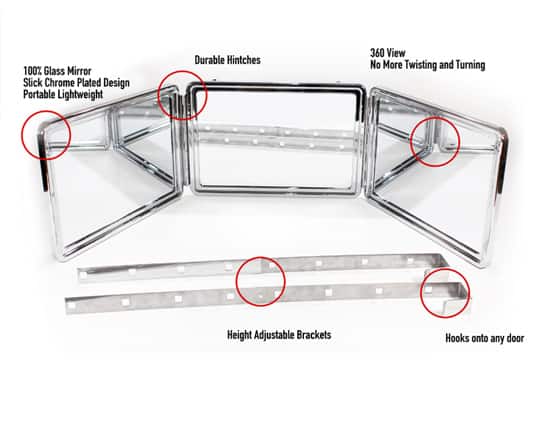