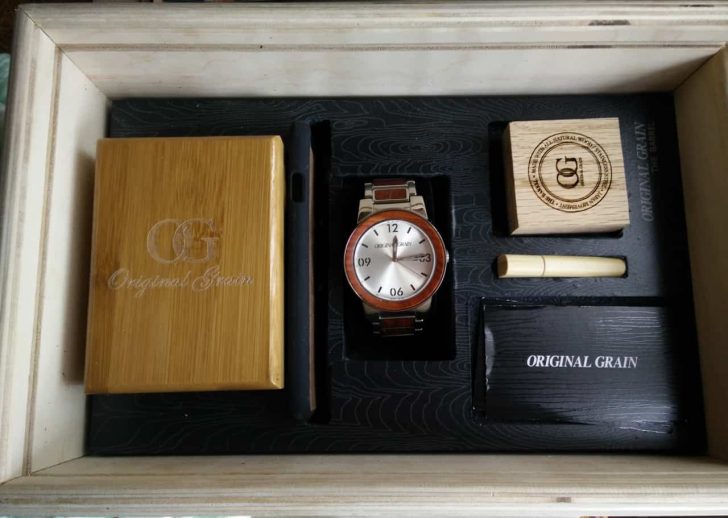 As watch lovers, we at Unfinished Man like to write about all sorts of watches ranging from the affordable to the “it costs more than a house”, on styles that are simple and classic to the absurd and unique. This original grain watches review is no exception.

Today we are reviewing a watch that has something a little different and uses the up-cycling philosophy. The watch in question is the Original Grain “The Barrel” watch. This watch has two unique features, it comes with the first of its kind DUO adapter for the Apple Watch and the watch uses wood from old whiskey barrels, sourced from round the USA. 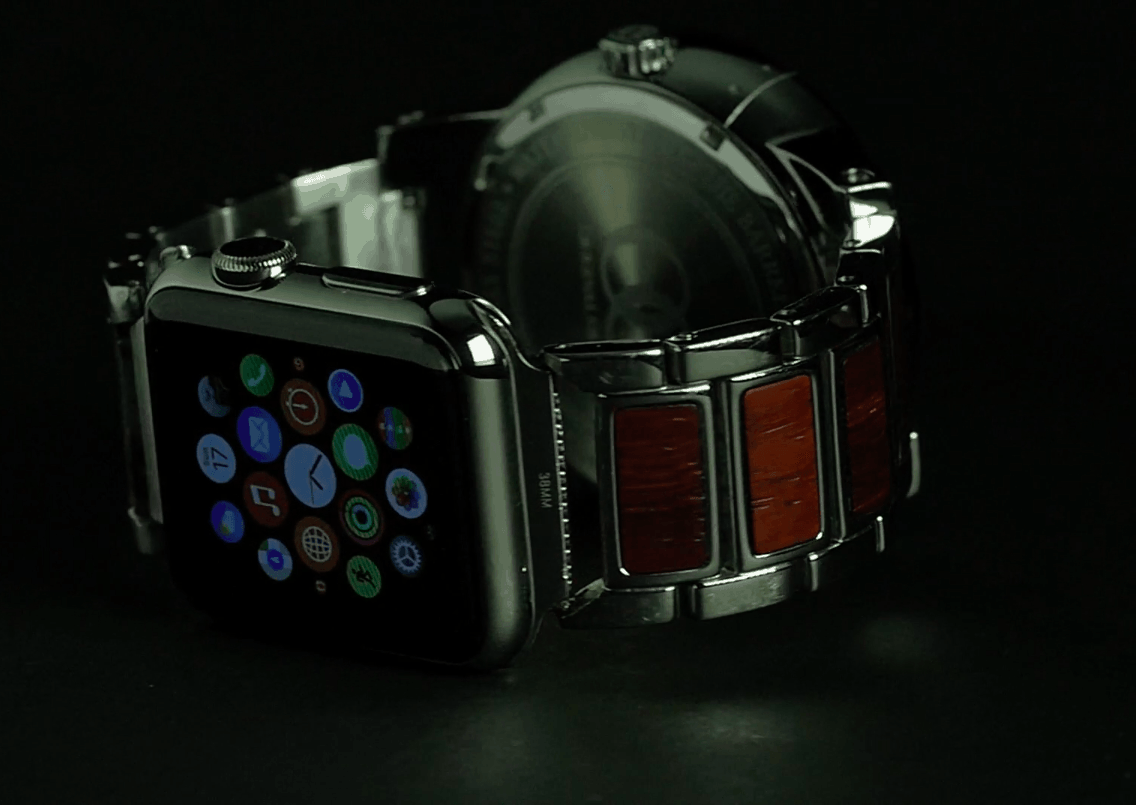 Since none of us own an Apple Watch, we received the standard Barrel watch without the DUO clasp, which I believe is not ready yet; the kickstarter backers will start receiving their watches in October.

The Barrel watch is meant to be big and bold, the case measures 47 mm wide and is 11 mm thick, with a 24 mm wide band. The watch comes in 316L stainless steel case and bracelet with double locking fold-over clasp. Aged wood from whiskey barrels is applied to the bezel and small pieces inserted into the metal bracelet. The dial is covered with mineral glass.

The Barrel watches come in a variety of colors/finishes/wood treatment, they include Whisky Barrel, Rosewood Barrel, Sapele/Silver Barrel, Black/Mahogany Barrel, Maple Barrel, and Rose Gold/Zebrawood. The watch we received for our review was the Rosewood Barrel. These watches have different color dials depending on which watch you choose. The dials are wood pattern, silver, grey, and black. Our Rosewood Barrel watch has the silver dial, which matches the polished silver case and bracelet nicely. 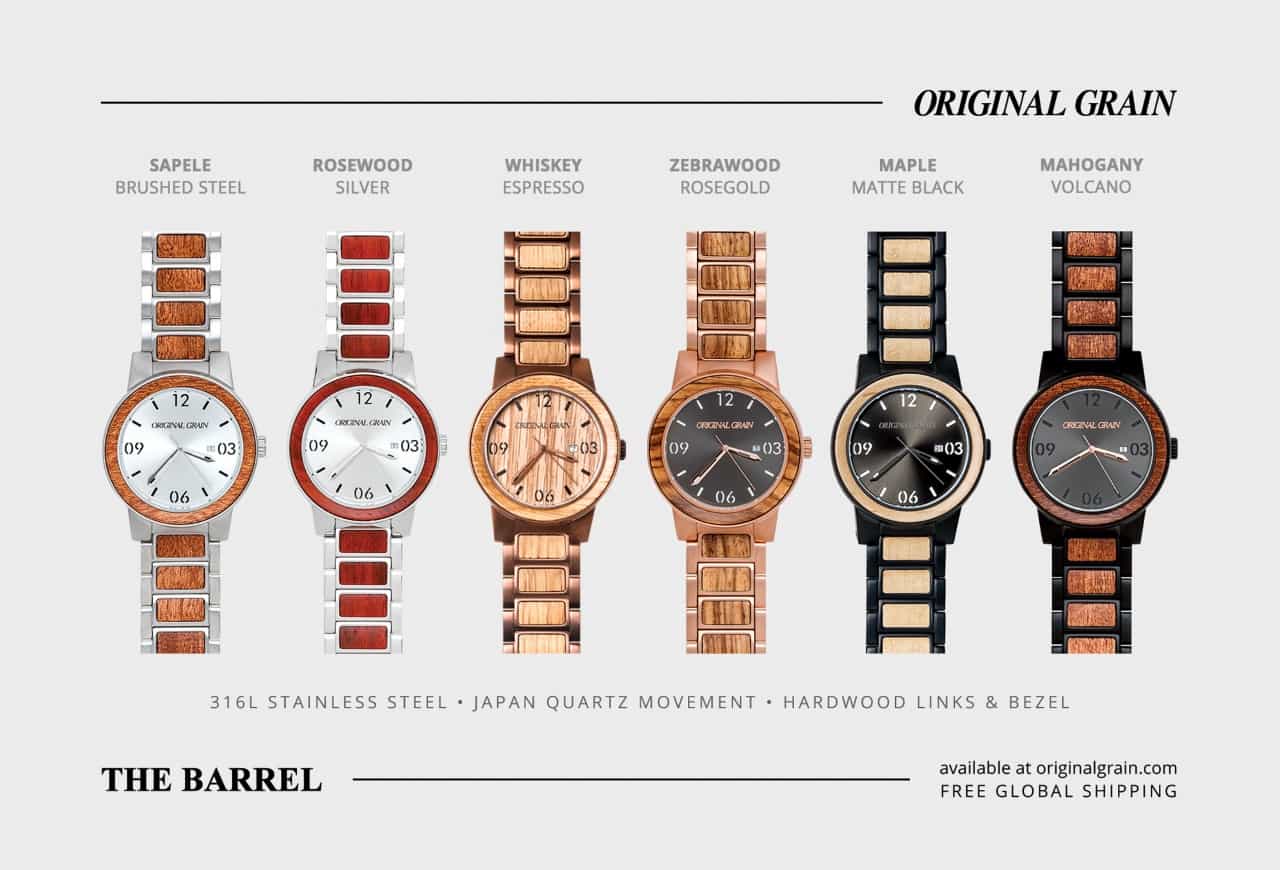 Since the kickstarter campaign was a huge success and all the “stretch goals” were met, as a bonus the Original Grain Barrel watches come in a large wood box that looks very cool, the box alone is worth half the price of entry. Inside you’ll find a smaller wood travel box, a rubber iPhone case with wood insert on the back, a wood paper weight with the OG logo on it, a bracelet adjustment tool, and a wood USB stick. The USB stick contains pictures and PR materials for the watch, I’m not sure if this will be included with the consumer watch.

The Barrel watch looks quite substantial and definitely looks more expensive than the price would suggest, to the average consumer that is; it’s a good fashion watch. These watches have an MSRP of $249 but are currently available for pre-order for $149. 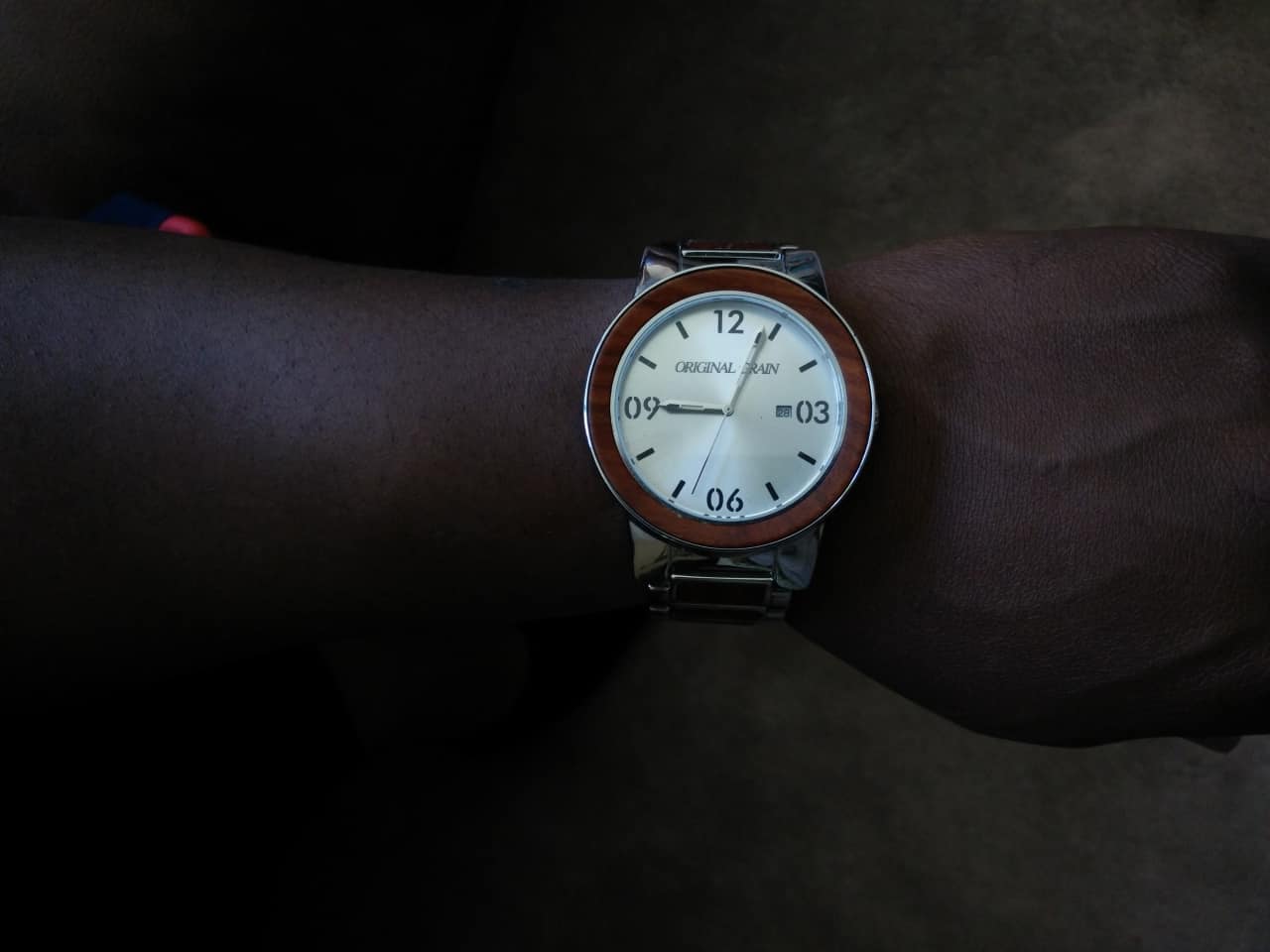 I personally like the look of the Barrel watch, although I personally wouldn’t buy it because my wrist are small and the watch looks way too big for me. The shinny metal and rich brown wood accents on our review watch are really eye catching. It’s definitely a conversation starter and people do think it looks more expensive than $149.

As for what powers the watch, it has the tried and tested Japanese Miyota quartz movement, which is what I was expecting to see in the watch before I received it. It keeps good time and the battery should last around two years, replacement batteries shouldn’t be too expensive. The back of the watch says “water resistant”, but it doesn’t say to how many meters. I’m guess it’s water resistant enough for things like washing hands and maybe doing dishes, I suggest not going deep water diving in it 😉

I think the Original Grain Barrel watches are pretty cool for what they are, which is a fashion watch that should get a lot of attention. They aren’t for everyone, but judging by the success of the kickstarter campaign, there were a lot of people that wanted to pre-order them.