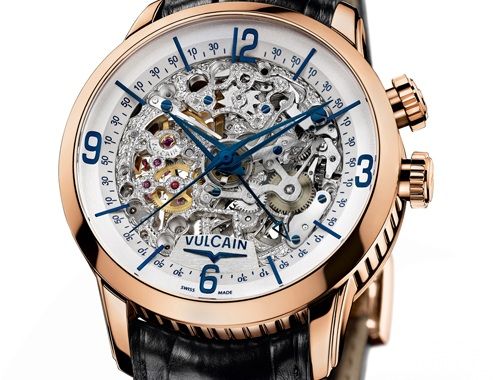 Here’s another incredibly beautiful watch to be auctioned at this year’s Only Watch charity event in Monaco, in September. The watch is produced by Vulcain, a company I hadn’t heard of before, mainly because of their limited distribution in North America but they are quite famous in Europe. Vulcain does have quite a bit of history to their watches; they are most famous for two things: 1 – Vulcain was the first watch manufacturer to produce a wristwatch with a true alarm system called “cricket”, in 1947 and 2 – Vulcain calls itself “President’s watch” because U.S. president Harry S Truman and all other presidents after him owned Vulcain watches, among other prominent world figures.

The Vulcain Anniversary Heart features the famous “cricket” alarm system, I looked up this feature on youtube and it does sound like a cricket chirping. The watch face is skeletonized; revealing the intricate mechanics that make this beautiful timepiece tick, the barrel bridge and movement bridge have been hand-decorated by master engravers. The watch face is finished in white with blue hands and Roman numerals.

The Anniversary Heart watch comes in a 42 mm rose gold case that’s 12.7 mm thick. The watch is powered by a Vulcain mechanical hand-wound movement and features a 42 hour power reserve and a 20 second “cricket” alarm. The elegant look of the watch is finished off with a black crocodile leather strap with a rose gold buckle. 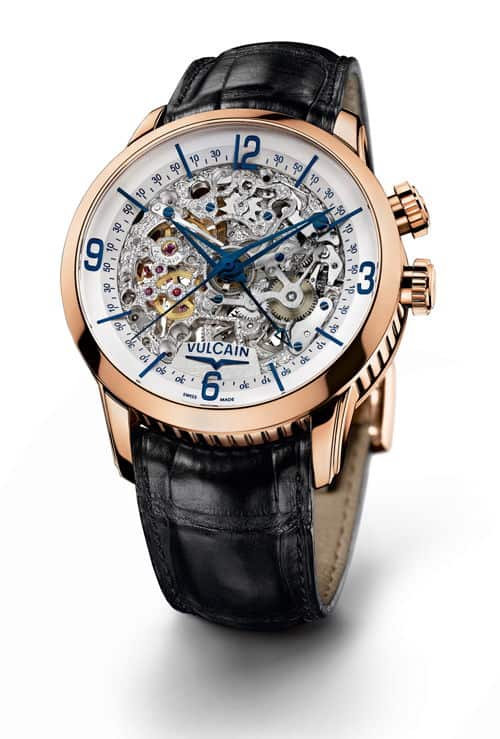 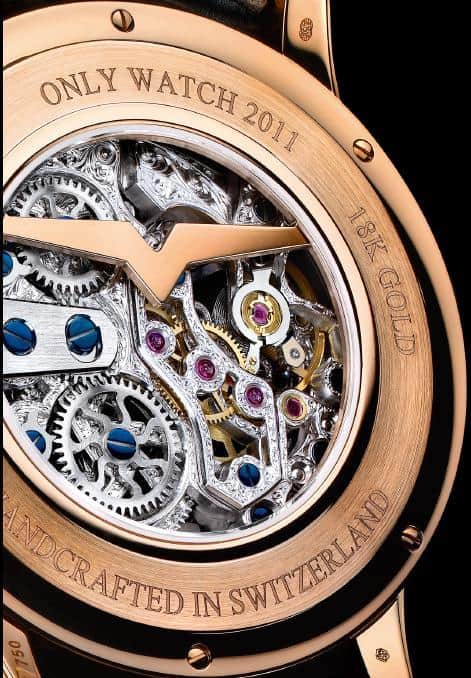