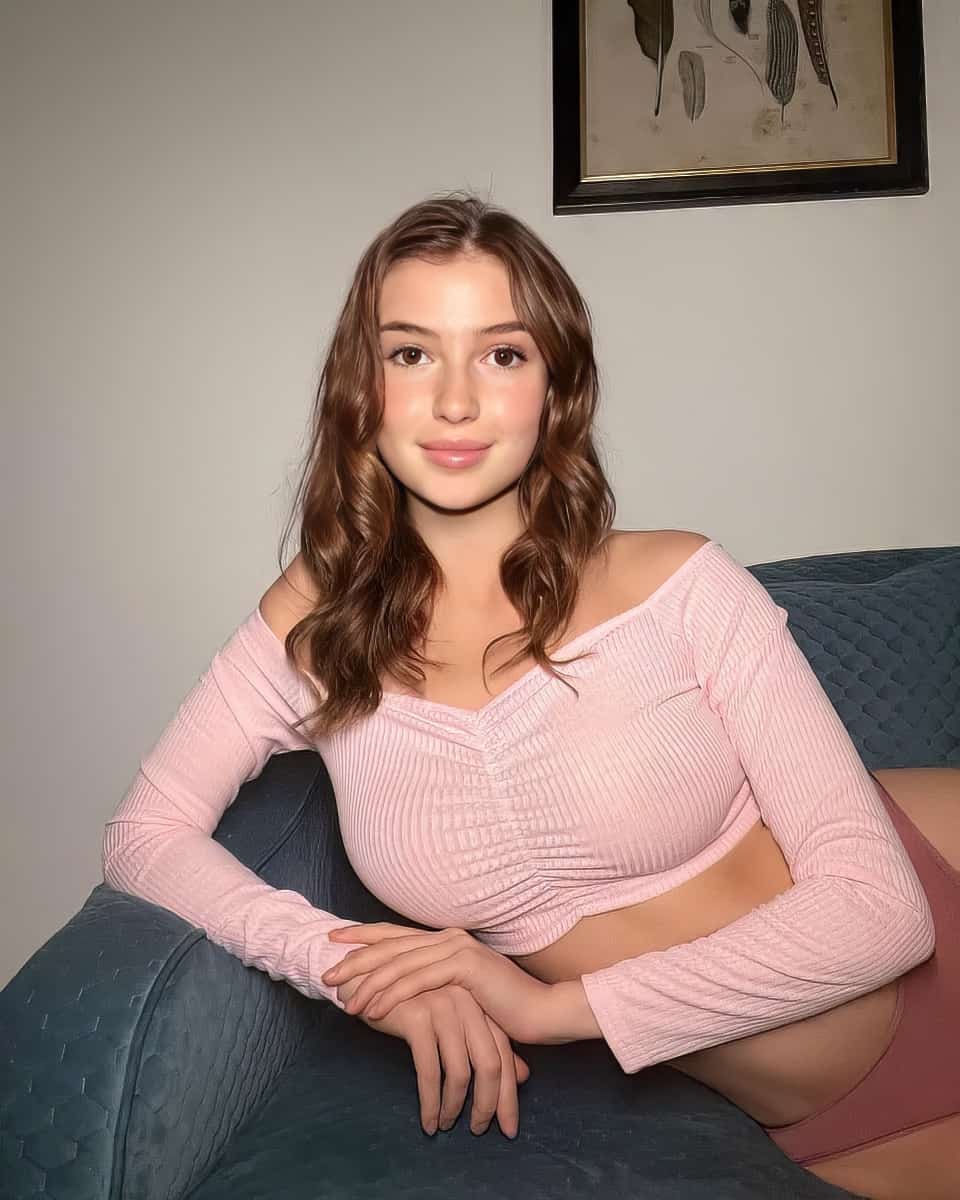 Meet Olivia Casta, the internet’s latest sensation. With her stunning good looks and enviable physique, it’s no surprise that she’s amassed a massive following online. But, as is often the case with internet fame, some controversies surrounding Olivia have some folks scratching their heads.

First and foremost, there are whispers that Olivia may not be who she claims to be. Some sleuths on the internet have pointed out that she resembles Russian model Maria Tretjakova and that the moles on her chest align perfectly with those of Tretjakova. And, as we all know, filters can change many things, but they can’t change your ears or body shape. So, the question remains: is Olivia really Maria in disguise?

But, let’s say for a moment that Olivia is indeed who she claims to be. There’s still another controversy swirling around her that’s worth noting. Olivia has an OnlyFans account, where she posts a mix of risque and nude photos for her fans to enjoy. But, as it turns out, many models on OnlyFans hire guys to run and manage their profiles, which raises some ethical questions. According to an article in Mel Magazine, successful models on the platform must be “available and online 24/7” to deliver custom videos and chat with fans. As one model said, “Once you get over a certain number of subscribers, it’s impossible to handle the messaging alone.”

So, what’s the moral of the story here? Well, as with most things in life, things are not always as they seem. But whether Olivia Casta is really Maria Tretjakova or not, one thing is certain: she’s still hot. It’s like trying to compare the sun and moon; both are beautiful in their own way and have their own unique characteristics. And, as for the OnlyFans controversy, well, that’s a whole different ballgame. But, at the end of the day, we can all agree that Olivia (or Maria, or whoever she may be) has got it going on. And, as one fan put it, “I don’t care about the deception; both versions of ‘Olivia’ are ‘fine as f**k.'”

But, as the saying goes, beauty is only skin deep. And, while Olivia may have captured our hearts and eyes with her stunning appearance, there’s more to her than meets the eye. Olivia is also an influencer and is not afraid to speak her mind.

For example, on her OnlyFans account, Olivia often shares details about her life, including her thoughts on various films. In one post, she wrote: “I watched a lot of films yesterday! 😯 Fast & Furious 9 – I like that there is a lot of irony in the film, and it generally looks like a testosterone trash comedy!”

It’s clear from this that Olivia has a sharp wit and a unique perspective on the world. And it’s this combination of beauty and brains that has made her such a popular figure online.

But, as we all know, fame comes with a price. According to Olivia, she receives up to 600 messages daily and often spends upwards of 8 hours answering all of them. That’s a lot of work, and it’s no wonder some models on OnlyFans hire guys to run and manage their profiles. But, even with the help of a team, it’s clear that Olivia is a dedicated and hardworking woman committed to her fans.

In conclusion, the controversies surrounding Olivia Casta may be intriguing. Still, they don’t change the fact that she’s a stunning, talented, and intelligent woman who has captured the hearts of many. And, whether she’s really Maria Tretjakova or not, one thing is for sure: she’s a force to be reckoned with. Like a diamond that shines and glows, Olivia is a sparkling gem in the world of models and influencers. So, if you’re not already following her online, what are you waiting for? Go ahead and press that follow button, and join the legions of fans who are already smitten with Olivia Casta.

The Holidays, Charity and Giving Back

What Makes Oktoberfest Girls So Hot?