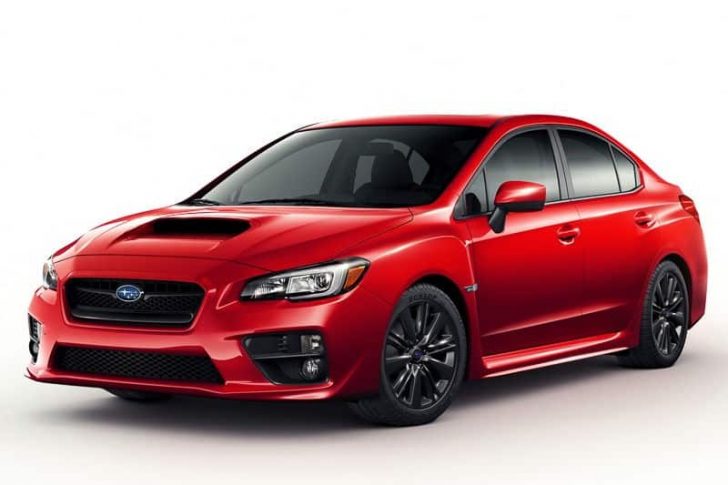 Photographs of the 2015 Subaru WRX have been leaked and although not a sexy as the WRX Concept we posted a while back, it’s alright looking. I’ve stopped liking the WRX a few generations ago in terms of design but the driving characteristics of the vehicle have always been top notch and will be even better with this new model.

We have become accustomed to Subaru using the 2.5L Turbocharged flat four which produced 265 horsepower and 244 lb-ft of torque but the latest model will use the new Forester’s 2.0-liter four-cylinder which has been tuned to develop 268 horsepower and 258 lb-ft of peak torque. Smaller displacement and more more? Yes please!

Another change that should be welcomed by many is the gear box. The five-speed manual is now gone and replaced with a six-speed transmission allowing the Subaru WRX to reach 0-60mph in 5.4 seconds. The transmission will also be available in a CVT which will affect the 0-60mph dash (5.9 seconds) but will also improve the fuel efficiency. The manual transmission models will be getting a center differential with a fixed 50:50 (rear:front) torque split. The CVT models will come with Subaru’s All-Wheel Drive system featuring VTD (Variable Torque Distribution) which features a 45:55 (front:rear) torque split.

Other improvement include things such as a new electrically assisted power steering, 235/45 R17 tires, bigger brakes, a stiffer suspension, and nine percent increase in torsional rigidity.

These are all early details and more information will be available in the following weeks and months, especially after the 2013 LA Auto Show. There are also rumors that the all-new 2015 Subaru WRX will be only available as a four-door sedan with no plans on making the five-door hatchback in the United States. The Subaru WRX STi will continue to use the 2.5-liter Turbo which will likely feature an exclusive Launch Edition.