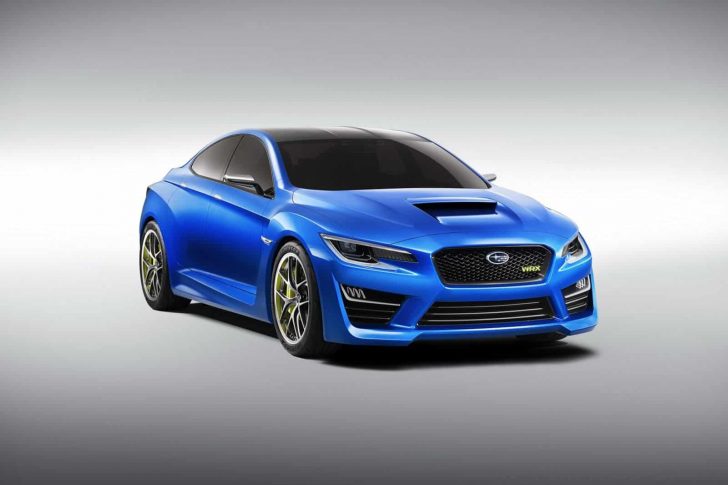 The last time I really liked the Subaru Impreza WRX was when the second generation, “New Age” Impreza, went on sale in 2000. I really liked the “bug eye” look but they took away those round bug eye headlights in 2002. The second generation model continued until 2007 and received two additional facelifts. The third-generation is not bad looking but it doesn’t have the same sex appeal as the 2000/2001 STi models. While we wait on the fourth-generation, Subaru did reveal the all-new WRX Concept at the New York International Auto Show last week.

This Subaru WRX Concept has sex appeal written all over it and features the four-door coupe look which is becoming quite popular among auto makers these days. The vehicle features very muscular wheel arches and aggressive lines that flow from the front of the vehicle all the way to the rear. Of course, the hood still features the iconic scoop that Subaru WRX and STi’s are known for.

The vehicle seen here also features 20-inch forged alloy wheels which are wrapped in 245/40ZR20 Dunlop tires and a rear diffuser. The difference between this concept WRX and the previous models which were for sale is that the bodykit pieces on the concept have been worked into the vehicle from when the vehicle was conceived rather than added as an after thought.

Not a whole lot of information is available about the Subaru WRX Concept in terms of powerplant, displacement, horsepower, and torque but we do know that the concept WRX is shorter, lower, and wider than the current Impreza. The WRX Concept measures in at 178-inches long, 74.4-inches wide, and 54.7-inches tall. The wheelbase on the concept Impreza is 4.6-inches longer at 108.7 inches.

The Subaru WRX Concept also features a carbonfiber roof which reduces the weight as well as enhancing the center of gravity. As with all concepts, we can only wish that most of the design makes it all the way to the production model but that simply won’t be the case. We’ll see what happens. What do you guys think of the new Subaru WRX Concept? If it wasn’t for the Subaru badges and that hood, I would have guessed that this vehicle was designed by Scion.