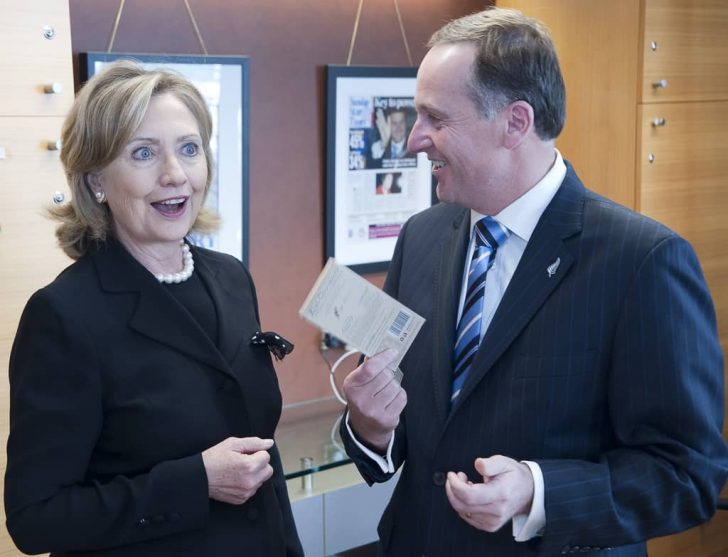 Photo by US Embassy
0

Which Musicians Are Supporting Hillary Clinton At The Election?

Hillary Clinton faces some tough competition at the next election in the form of Donald Trump. While the big man might get more media coverage, the ex-President’s wife is winning among celebrities. Indeed, many top musicians have come out to support her campaign for office during the last few months. You can find a full list by taking a look at the infographic attached to this post. Here are some of the most interesting supporters.

Former Destiny’s Child singer Beyonce came out to show her support for Hillary recently. She was quoted in the press saying that she’d happily move country if Donald Trump were to win the election.

She might seem a little strange, but Lady Gaga knows her stuff. The international singing sensation said that Hillary Clinton is the only person who will improve this country. She claims Donald Trump will do nothing more than taking us to war.

Just in case you thought Hillary only attracts the young crowd, we thought we’d better mention old Burt. He wrote some of the most iconic songs of the last forty years, and he’s firmly behind Hillary Clinton. While press quotes are hard to find, he gave a recent interview on American TV saying he’s terrified of what might happen if Trump comes to power.

Want to know more about famous musicians and their political allegiances? The infographic below should help to set the record straight. Most of the people on that list will perform at campaign rallies during the next few months.