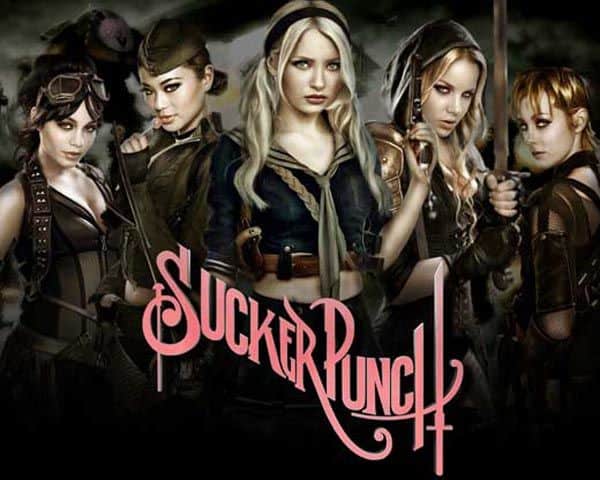 Zack Snyder’s latest flick is a dystopian fantasy thriller, draped with layers of pumping action and sweetened by a tantalizing array of visual eye candy. It’s hard to argue against the sights and sounds of glamorous girls battling through some of the most creative and visually aspiring fighting sequences that are harmoniously paired with a stellar soundtrack that tickles the ear in a symphony of destruction. How could it possibly go wrong, right?

Like 300 and Watchmen, Snyder provides exquisite cinematography by Larry Fong. Of course, this also includes the use of ‘speed ramping’ the frame rate and instant zooming for certain action shots, which seems to be technically superior to its predecessors. At times, the cinematography was so elaborate that I was more amused by dissecting the technical aspects of the scene than to bother with the dialogue.

One scene in particular that exemplifies this occurs when the girls are talking while sitting in front of mirrors in the backstage dressing room; the camera seamlessly rotates around the girls, behind, through, around their mirrors. This camera trickery produces an effect where the girl’s reflections appear to be genuine duplicates sitting across from one another, making you wonder what happened to the camera’s reflection.

But even with my unadulterated sense of enthusiasm, I struggled to march through the constant void of searching for these amazingly stylized sequences. I was repeatedly stuck in a convoluted story that was immersed in thinly veiled plot holes that questioned their existence. The story arch pretty much hindered my excitement like a stalled roller coaster ride…leaving me wondering, how in fact did this thing break down?

The absence of any form of adequate explanation was painfully used as a literary device throughout the movie.  It was as if it was used in attempt to evoke some sort of thought provoking complexity for the audience to mull over in their heads. However, all it did was merely cheapen any sense of clever storytelling.

In its midst, the audience was subdued by the daunting task of attempting to feel the slightest signs of sympathy and remorse for the main characters. Since the acting performances were adequate, the issue seems to point towards an unpolished script, uneven pacing, along with the quite often cheese dialogue and voiceovers.

One last thing: I swear to god, I’m going to Sucker Punch the next guy that thinks they’re a genius for using a ‘dream-within-a-dream’ plot.