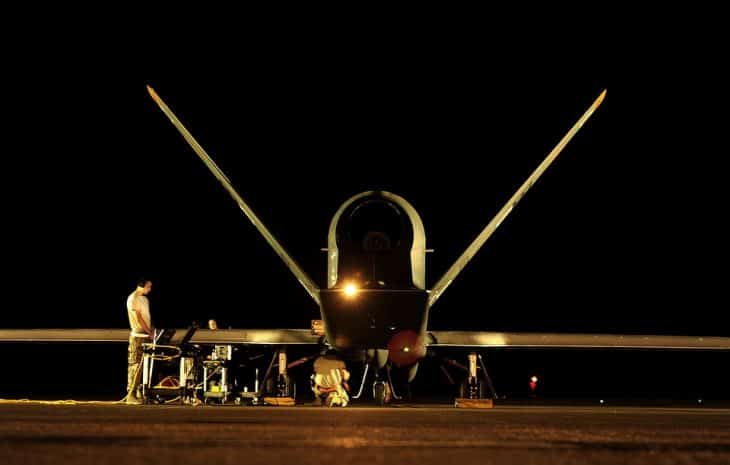 Military drones have been in the media a lot lately with many people questioning the ethics of these unmanned aerial vehicles. No matter how you feel about the use of drones by the U.S. Government, there is no denying that they are getting results. Though much of the media focus is on the U.S. Drone program, countries from around the world are developing their own spy drones to compete with, and gain the same types of intelligence as, the United States.

Here is a quick snapshot of not only our military spy drones, but those of some of the other powerhouse countries of the world.

The U.S.
Much like many technologies of war and otherwise the United States has lead the field in these unmanned aerial crafts. These crafts were originally designed for surveillance – then weaponized – but are still very much used to gain surveillance. The U.S. has a fleet of different spy drones each with their own unique abilities including ultra-long flight times, supersonic speed, and Ultra High Definition cameras for the clearest possible photos available today. The U.S. is also working on a pocket sized drone which will most likely have its own set of advantages when it comes to surveillance.

Russia
Surprisingly, Russia is one of the United States’ biggest competitors when it comes to drone technology. Just a few short years ago Wired Magazine claimed that Russian drone technology was 20 years behind that of the United States. They have come a long way in a few years thanks to working with other countries who have acquired our technology through drone crashes. There are reports that Russia is working on drones which could weigh upwards of 5 tons which is incredible, but will be meant for something far more nefarious than spying. For now their spy drone look a little like old-timey planes and do not have the sleek appearance of U.S. and Italian Predator models. A few of the cool features of the Russian “Storm Bringer” spy drone include: the ability to withstand winds upwards of 33 MPH, laser guided targeting for the clearest and most precise pictures and videos, and the ability to jettison wings in the event of a crash in order to reduce the amount of damage done to the craft.

China
If there is one thing China is known for it is creating electronics and doing it as cheaply as possible. Much like anything China does it is nearly impossible to get any real details on their drones. It is known that they have over 900 different types of drones for military use and their top three mimic the US’s drones – including the Predator and Reaper – and you can bet that they have the same types of technology as well. China is also the top manufacturer of civilian drones and, given the leaps that those have made in the past few years, it is a safe bet that China has some crazy surveillance tech on their military vessels.

Germany
A country that was once one of the United States’ greatest enemies has since become one of our greatest allies so it is not shocking that the U.S. would share a little bit of drone info with the German military. What is shocking is how long it is taking for Germany to catch up with the drone forces from similarly developed countries. The biggest issue is not that the U.S. is not willing to share blueprints it is that the German people don’t want them. The reason that Germany is so behind the times is that they don’t have their own drone manufacturing facilities which leaves them at the mercy of other countries willing to sell their technology. To date, if you see a drone with German military markings it was probably bought from the United States – an idea that does not sit well with many high ranking officials in German politics.

Brazil
When you think of Latin America, their military prowess is not even in the top 10, but Brazil may just change that kind of thinking. Brazil is a perhaps the most unique case out of any country because of the way they use their drones for surveillance. Brazil does not use their drones to surveil other countries – at least not on a large scale – and they actually lend their drones to neighboring countries for security purposes. Brazil mainly uses their drones to protect their assets and their borders including: monitoring the Amazon Rainforest, catching drug traffickers, and monitoring crime in the slums of Rio De Jeneiro. Brazil started their drone program by purchasing their unmanned aircrafts from other countries, and while they still do buy drones from allies, they have also started building their own UAVs in house. Given their relative youth and the use of their drones Brazil’s tech is pretty basic.

Italy
Perhaps the most surprising country on this list; Italy has a huge scope when it comes to spy drones from manufacturing to use in the public sector. First of all, Italy has a multitude of tech firms which manufacture and sell spy drones to the Italian government and governments around the world. One such company, Finmeccanica, has provided spy drones to the U.N. for various operations. Italian Predator spy drones have also been used to gather intelligence on ISIS and smaller drones are being used by Italian police for surveillance and the safety of police and perpetrators alike. Italian Predator drones are almost identical in features to their U.S. counterparts including high definition cameras, high speeds, and long flight times.

One interesting story that perfectly highlights the future of spy drone use happened in July of 2015 when Boeing teamed up with Italian hackers to create drones that could hack computers via WiFi. This kind of technology spells the future for surveillance and warfare especially as the tech continues to advance, eventually people will not even know that they have been hacked or that a drone has even been in their vicinity.

This is just a handful of the examples of sophisticated drone programs from around the world. In the future it will be incredibly likely that drones do most of our spying and warfare which will save on human casualties, but open up a whole host of new problems. If the technology continues to develop at such a rapid rate there is no telling what these UAVs will be able to do within the next decade.

How to Make Your Money Last Longer

What You Should Know Before Buying a Cordless Drill