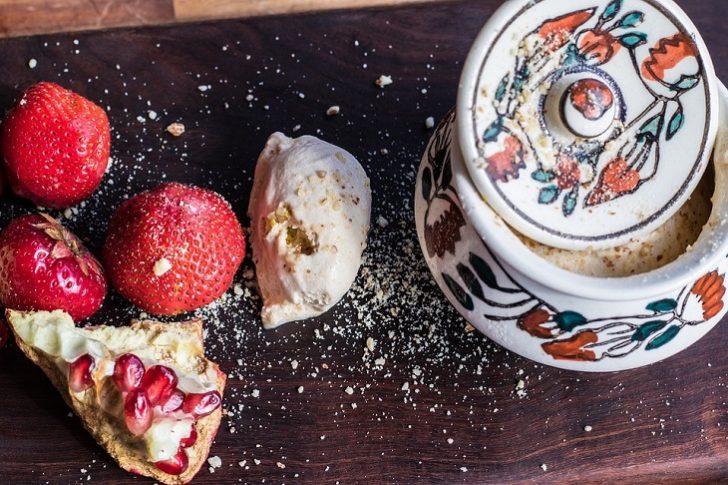 Middle Eastern Desserts Everyday Americans May be Missing Out On

The problem with most foreign cuisine in America is that it is typically altered in order to meet the expected taste buds and preferences of the American public so you don’t really get a good sense of what the food tastes like in its country of origin. Middle Eastern cuisine has long been a favorite foreign food option of the American public however in order to get a true taste of the Middle East, you must travel there to experience the flavors yourself.

#1 Basbousa
Basbousa is an Egyptian dessert that consists of a sweet cake made from semolina which is a wheat commonly used in the production of pasta. Basbousa is also usually dipped in a simple sweet syrup that is often times infused with coconut flavoring to add extra depth to the dessert. Some chefs will also add a little bit of rose water to their Basbousa in order to balance out the flavors.

#2 Umm Ali
Umm Ali is another Egyptian derived dessert that consists of milk, phyllo pastry, double cream, and nuts. Umm Ali is also often times topped with treats like powdered sugar and coconut flakes to add extra depth onto the already existing flavors. Umm Ali is said to have gotten it’s origins from a previous Egyptian king’s wife who’s rivaled was named Umm Ali, she was killed and had the dessert named after her in the name of victory, talk about bitter sweet.

#3 Kunafeh
Kunafeh is a very crunchy and rich dessert choice commonly found in the middle east. Kunafeh is made using semolina dough and phyllo pastry in the form of a thin noodle that is then stuffed with white cheese for extra flavor. Kunafeh is also typically soaked in sweet syrup to add extra richness to the dish and it has several variations throughout history.