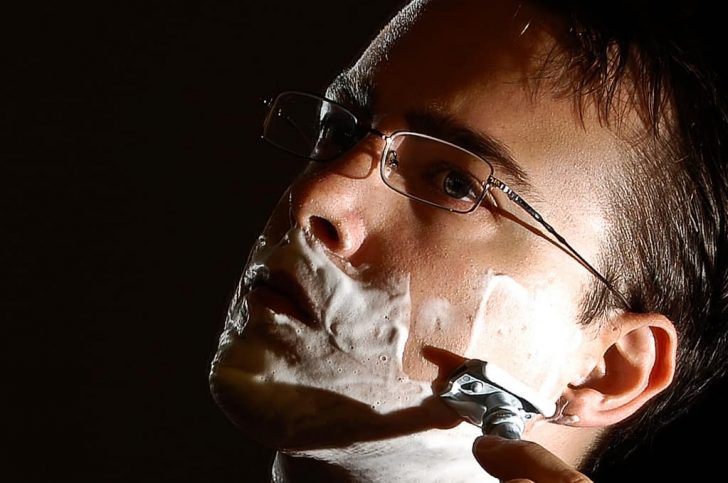 As a guy, your grooming space is not complete without your favorite aftershave. With the ever-changing world, manufactures have also come to understand our many varying skin types. This has prompted the rolling off of newer aftershave options to cater to all types of individuals. Below you will find the 5 best aftershaves for men in 2020. The unique make up of each aftershave means that everyone can find their match.

If you are looking for a high-end fragrance designed with exclusivity, the Tom Ford Tobacco Oud should be your choice. With this aftershave, you sure do stand out in a crowd. And to achieve this unique status, the aftershave combines some of the most expensive, rare and exclusive ingredients. Thanks to its woody oriental signature fragrance, the Tom Ford Tobacco Oud describes regal, rich and addictive.

The aftershave incorporates top notes of whiskey, tobacco, cinnamon, coriander, and cacao. The middle notes feature hints of oud, sandalwood, patchouli, and benzoin resin whilst the base notes include incense, cedar, and vanilla. With a single splash on your face, you are introduced to a cool, boozy and masculine whiff of the aftershave.

As it rests, you begin to feel the fading notes of tobacco as the sandalwood and patchouli begin to take over. And as the aftershave sets, the combined scents of boozy, woody and spicy signatures take over, leaving you with the sought after confidence-building feel and the warm inviting feel of vanilla. You will definitely be impressed with its long-lasting and all-day lingering effects.

Considered to be the king of men’s aftershave and fragrances, you just can’t go wrong with the Aventus Creed. The fragrance incorporates top notes of bergamot, black currant, pineapple, and green apple. The middle notes include birch, patchouli, rose and Jasmine whilst the base notes feature musk, oakmoss, vanilla, and ambergris.

Forgetting its grandeur and ridiculous glorification of Napoleon Bonaparte, the aftershave delivers exceptional performance and fragrance. As you first apply it, you are introduced to a subtle fruity smell. However, the distinctive fruity smell doesn’t focus a single but rather combination of different fruit smells. The first splash to your face introduces you to a fresh and fruity whiff of pineapple and smoky and creamy vanilla.

The sharp notes of the bergamot and green apple help to give more tartness whilst providing an invigorating feel. Although expensive, this exclusive fragrance boasts high quality and carefully chosen ingredients making it worth the spend.

If you have ultra sensitive skin, then the Nivea sensitive post shave balm is what you need. This ingenious balm aftershave from the popular body care brand is alcohol-free and proves to be beneficial to your skin. The aftershave is extremely soothing upon application.

It works wonders immediately post shaving. Plus, it brings with it a great value. With a single purchase, you get a total of three bottles. As much as it smells fairly natural and good, the aftershave balm focuses on its healing and soothing qualities. Integrating ingredients such as witch hazel, chamomile, and vitamin e, the aftershave prevents skin irritation whilst soothing and expediting healing on accidentally cut flesh.

Now, we all know the list isn’t complete without the Old Spice aftershave. The aftershave offers a retro appeal offering its classic build to appeal to the modern and younger class. The oriental signature fragrance provides signature masculinity as its amber offers a platform into its energizing fresh and citrus notes.

This classic aftershave incorporates head notes of blood orange, nutmeg, and anise. Housed in a deeply concentrated alcohol solvent, upon application you will feel that invigorating and soothing whiff of alcohol blended with the fresh bursting scents of blood orange and spice. The fragrance notes are reminiscent of mulled wine with a distinctive citrus signature with little subtle hints of spice.

Subtle hints of carnation, jasmine, and cinnamon form the heart notes, giving you a floral bliss with the warmth and heartiness of cinnamon. The floral notes linger on as they blend into the woody cinnamon. And to support the top and mid notes, the Old spice aftershave features base notes of cedarwood, vanilla, and amber resin.

As the cinnamon dissipates, a fresh and woody hints of cedar are introduced along with a deep powdery and musky amber resin. And before, the woody and spicy scents overpower you, a smart introduction of vanilla helps to balance out the fragrance whilst creating a warm and tantalizing invitation.

Unlike women, men don’t like to hoard a lot of grooming products. Yet, sometimes, it is essential to have the proper grooming items to care for your skin. This is where the Proraso aftershave comes in. this ingenious product was ideally built with men in mind. It comes as a refreshing toner and moisturizing lotion.

And although it is alcohol based, it still works great on oil based skin types helping to cut down shine and grease. The aftershave also works wonders in preventing clogged pores. Its gentle build makes it safe for everyday use without damaging your skin but rather improving it. With each day, it works better at losing your pores to give you a fresh, tight and younger looking face.

If it is just a little too intense for you, dab it on a washcloth, dilute it with water and continue to apply it. And whilst the alcohol works on the soothing and healing, it is further complemented by the hazel witch. The fragrance on the other end leaves you feeling confident and fresh. The aftershave toner and lotion balances your skin pH and moisturizes it respectively.

Originally published on March 19, 2020 in Grooming