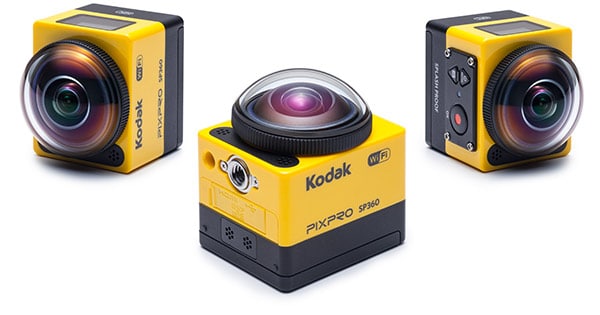 Like many of you I’m sure, I enjoy capturing the world around me when I travel. Whether I’m taking a picture with my friends, or capturing an impressive view, I want my camera to perform well and be durable. Normally, I travel around with my DSLR but it’s expensive and heavy, and far from discrete. Which got me thinking about what would be an acceptable replacement as a multipurpose travel camera.

I wanted to try something off the beaten path, for a travel camera. After some research, the Action Camera segment has quite a few offerings that would fit my needs. They’re durable, take quality video and clear stills and don’t cost an arm and a leg to replace if something were to happen to it. The small form factor means it takes up minimal space in my backpack, and the accessories available make it versatile depending on where I’m going. So with a trip to Colorado planned, I took the opportunity to borrow a Kodak PixPro SP360 for a week and see how it faired.

It’s worth noting that the Kodak SP360 Extreme Pack comes bundled with a whole host of accessories, making the camera extremely versatile out of the box. It includes handle bar mounts, chest mounts, a waterproof housing, a suction cup and a host of other accessories. Some of the competition, namely GoPro, sells these accessories as add ons. So as a whole bundle the Kodak is an excellent value. As a consumer, you won’t have to go out and buy other parts depending on how you want to use the camera. This whole bundle comes in at about $300 right now, meaning it’s less expensive then a standard GoPro Hero 4 package.

That said, I have to speak briefly about the suction cup mount. I was extremely disappointed in the quality of the mount, and only had one successful use of it. I attempted to mount it on several windshield and car surfaces, and it would usually fall off shortly after being applied. This ended up denying me the ability to capture some truly epic footage I had lined up. If you purchase the SP360 with the intention of using the suction cup mount regularly, I would strong recommend finding a 3rd party solution for that one accessory.

That said, everything else in the pack was acceptable in quality, and didn’t give me any issues. I still believe that as a whole bundle, the SP360 offers a lot more usability right out of the box. So it certainly gets credit for that.

In short the quality was solid. Videos are sharp and the audio (if used outside of the waterproof case) is remarkably clear. Video can be captured in a number of different modes, but for the average user the squared off, more traditional format will be your default setting. This records in full 1080p, and is the easiest way to capture quick videos of your travels. I noticed that there is some distortion on the edges of the video, and is exaggerated on straight lines. This is a byproduct of having a wide angle lens. For the average consumer this shouldn’t be too much of an issue, but it’s worth noting.

You can see that the video itself is sharp, colors are deep and in an action sport application would be acceptable. However you do have to be close to your subject, which can be inconvenient at times. If you are capturing some action up close, it’s no problem. But after about 10 feet, it struggles to keep the subject of your video relevant. Objects become too small, and the foreground is too distracting. 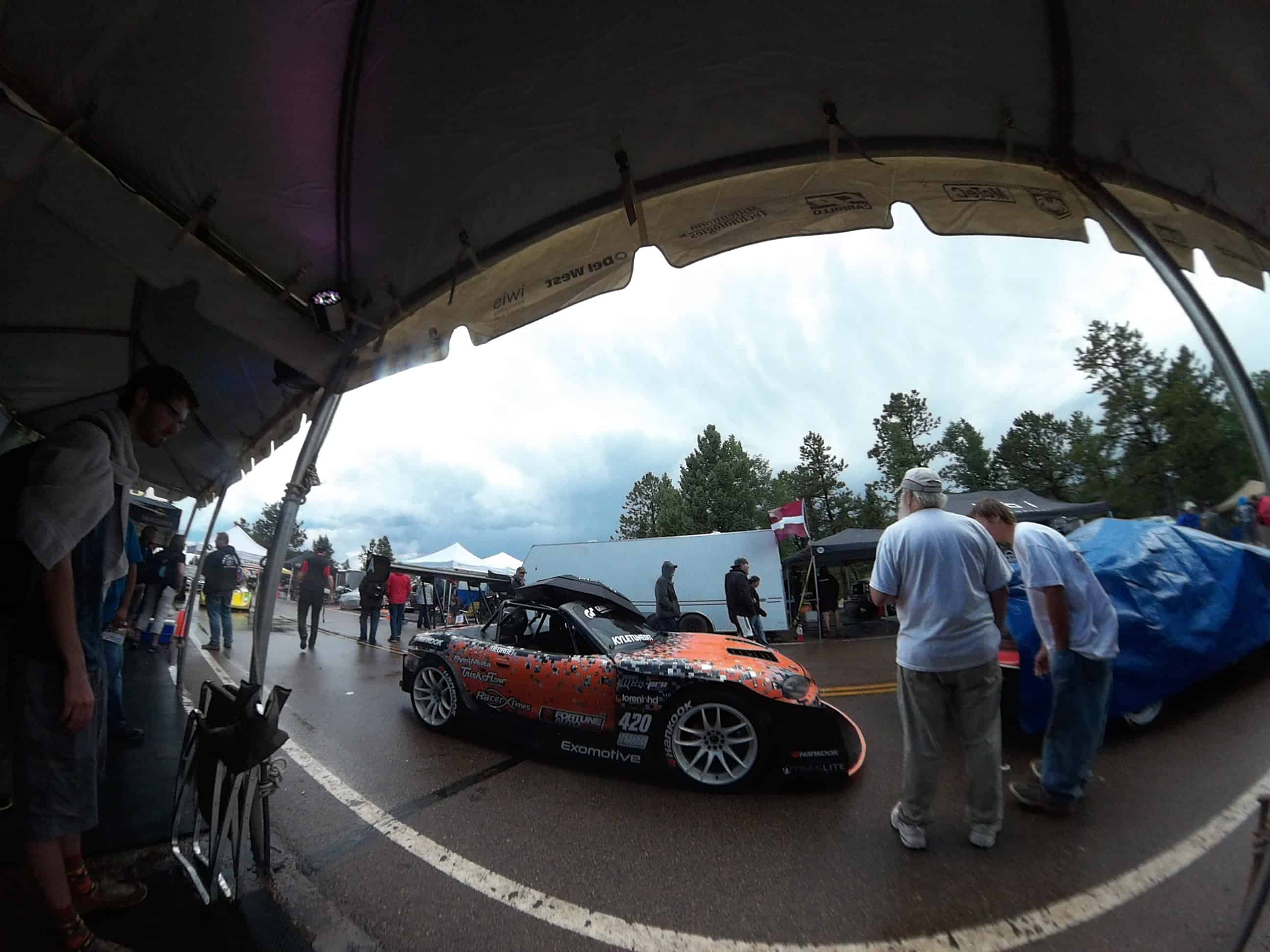 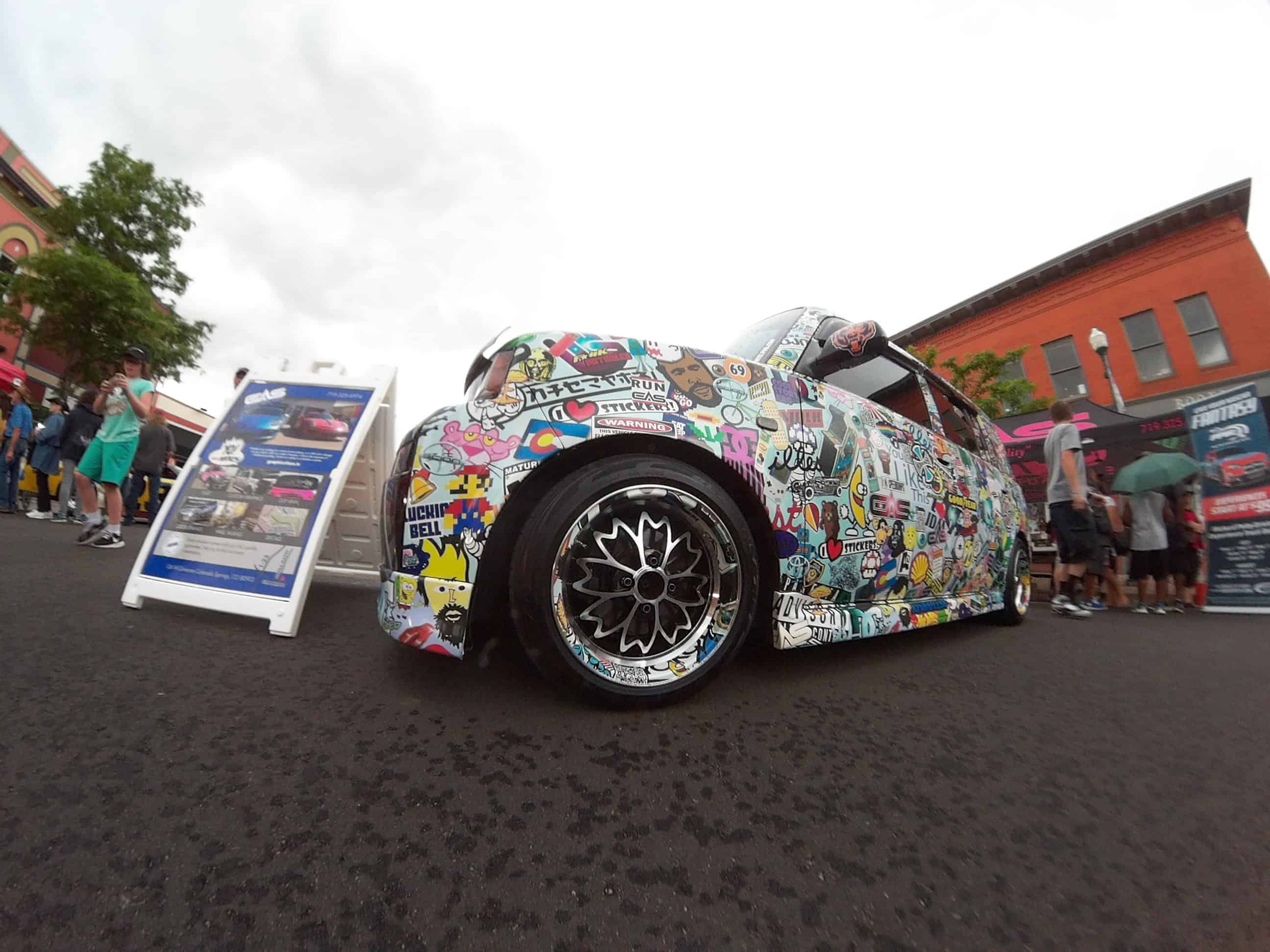 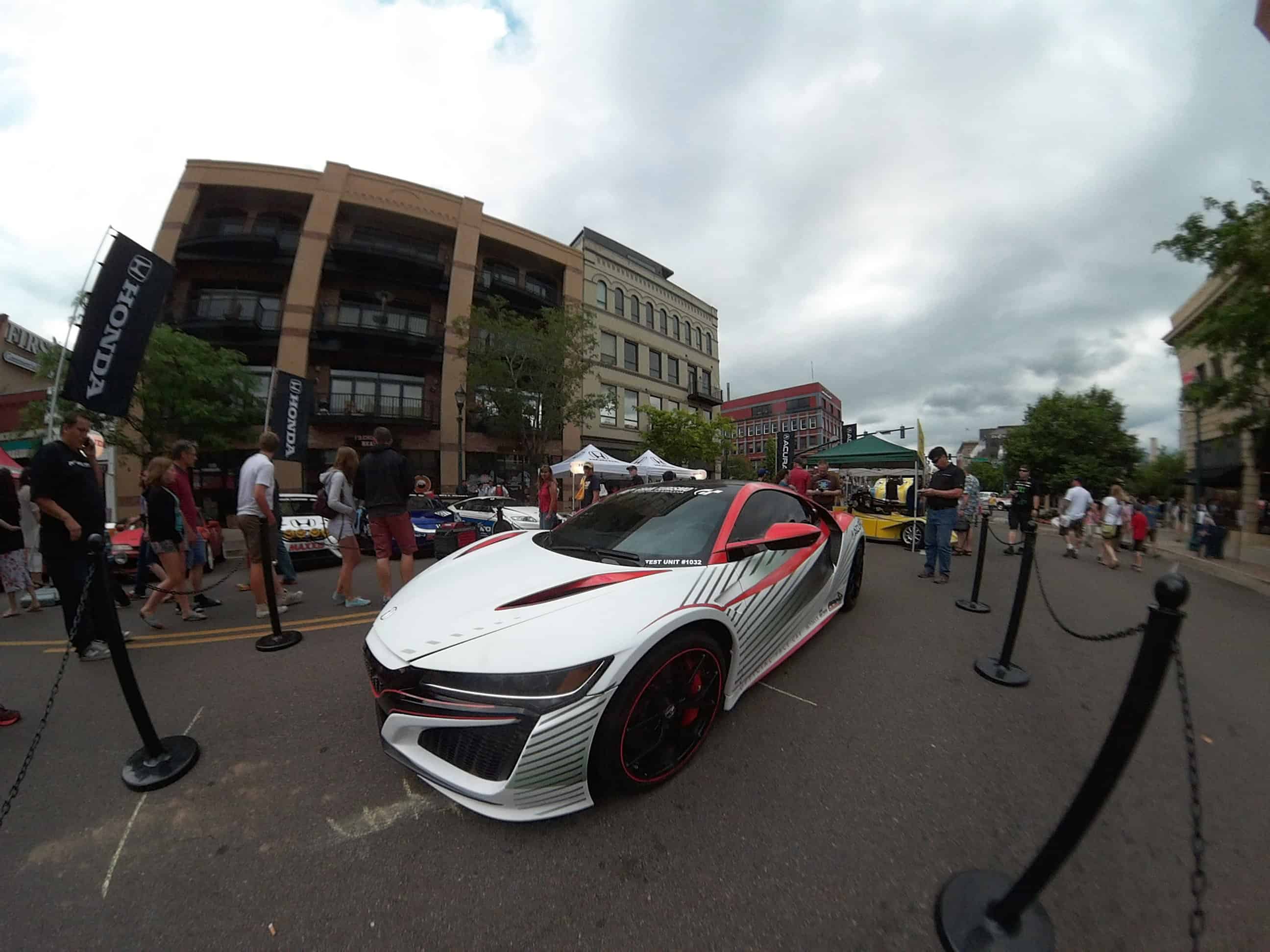 Still images are a different story, and personally where I think this camera shines in a travel application. I found that I switched between two modes for photography, the squared off/pre-cropped mode, and the full fish eye mode. Once again the pre-cropped mode suffers from some distortion on the edges, and straight lines. But as long as your subject is centered fairly well, the photos are more than acceptable for sharing. 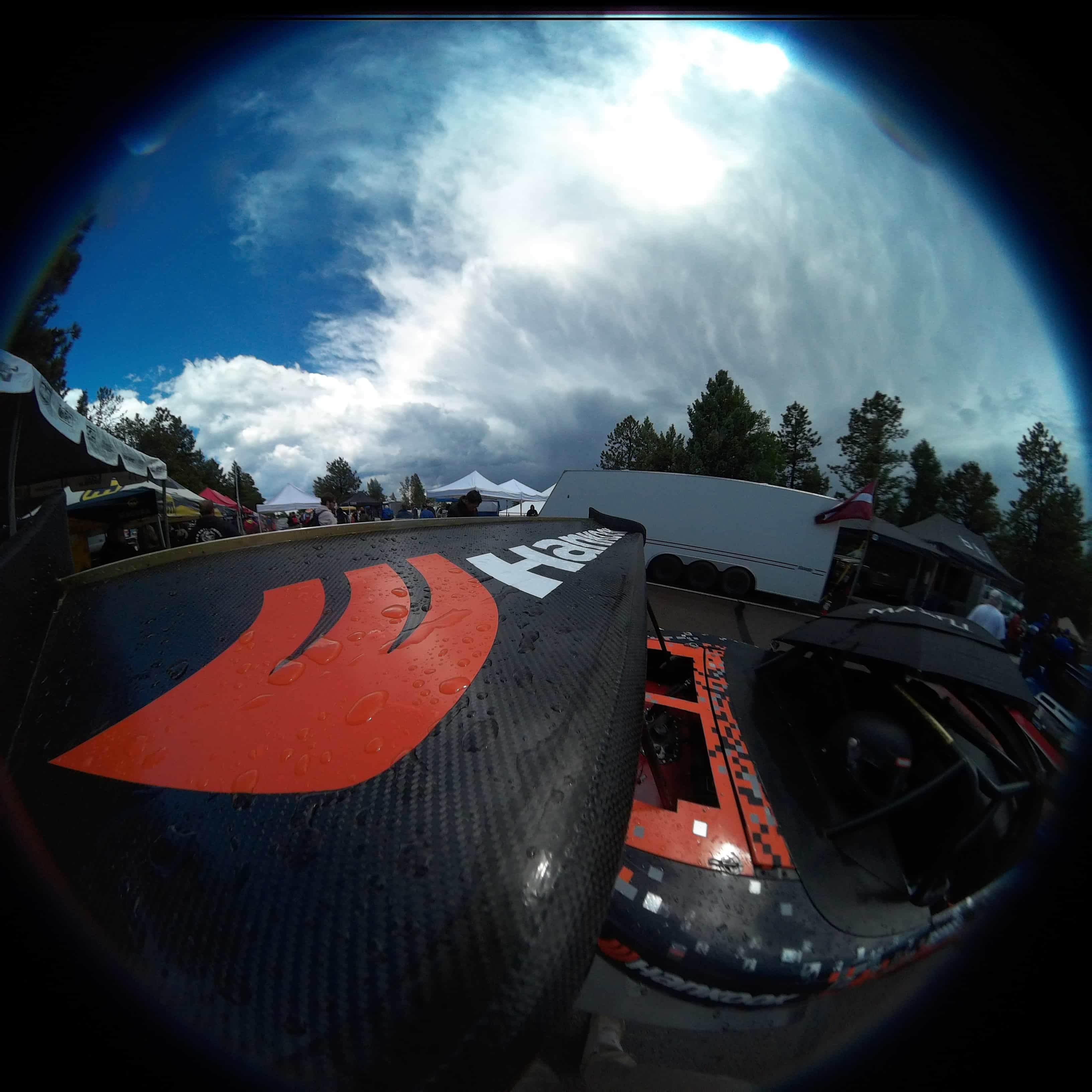 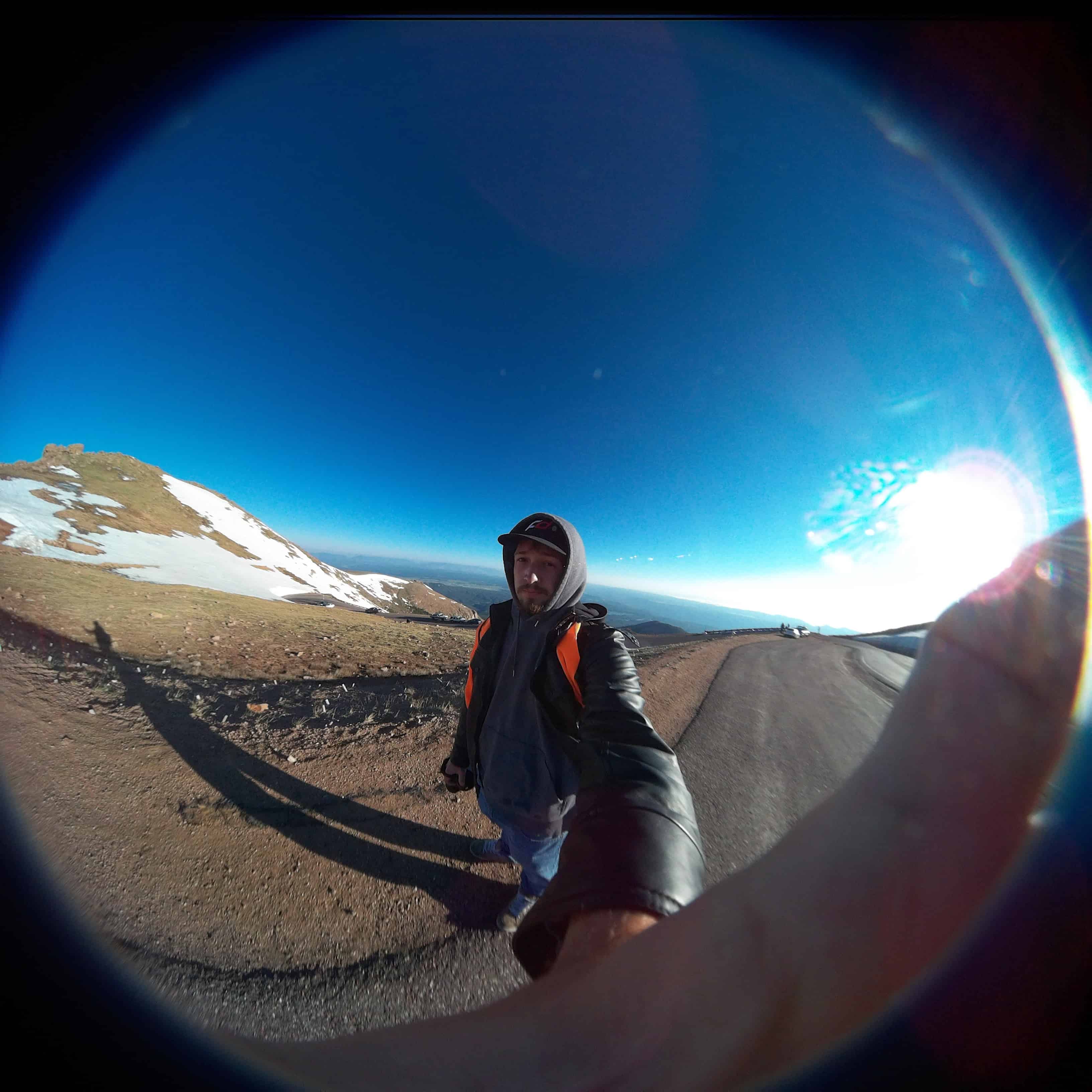 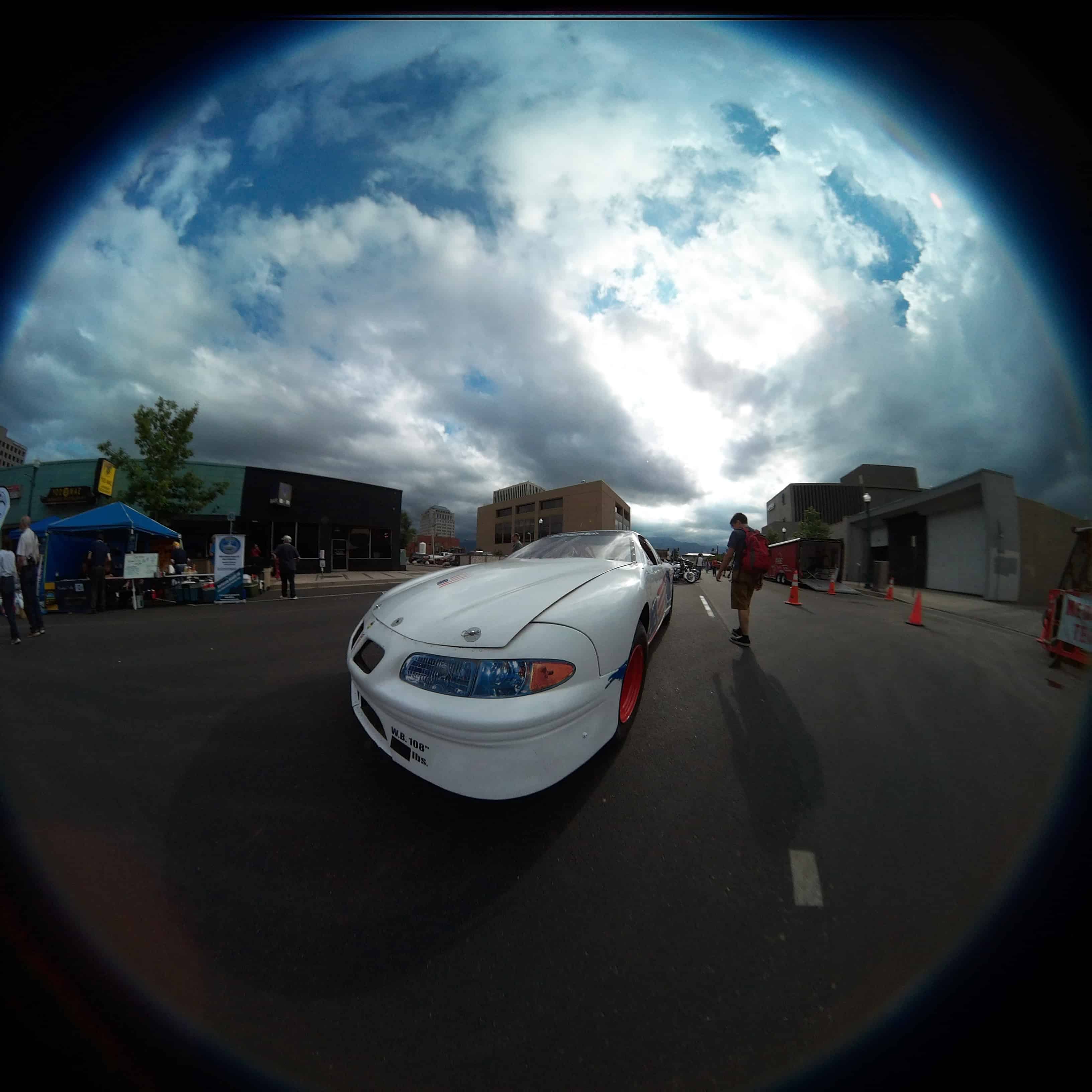 I found it was a lot of fun to play around with the full fish eye mode. Here the camera captures everything it can see. This lets you take some impressive shots without a lot of reach. Just holding the camera at arms length lets you take impressive self portraits, or faux-arial shots. You do have to be careful when shooting in this mode though, as it’s easy to get a stray finger, or shoe in frame. I even caught my own face a few times by accident. But as long as you are mindful about where you are in relation to your field of view, it isn’t an issue.

Both the video and photo modes suffer in low light applications, however the same can be said about my trusty GoPro Hero3. This camera segment really struggles to pump out usable content without proper lighting. So while its hard to knock Kodak when everyone else is in the same boat, I was disappointed to see there wasn’t any difference with the SP360 there.

The SP360’s party trick is it’s ability to capture images and video in 360 degrees. Initially I was worried that this would be something of a gimmick. I couldn’t see a practical application for this. However after spending some time experimenting with different filming angles and even going so far as to strapping the camera onto a race car charging up Pikes Peak, I was pleasantly surprised with the results.

Using Kodak’s desktop software, you can export these 360 degree videos into a format that YouTube recognizes. With this, you can pan around the video and create much more interactive media. While the support for this technology is still pretty slim (a subject I will cover in the near future), I can see a lot of potential for this sort of entertainment. Being able to pan around and see everything around you, adds to the experience.

However I will note that the 360 degree capturing is stifled by the 1080p video quality. Because the video has to be stretched around this bubble in post, the actual results are somewhat pixelated and grainy. I was ultimately a little disappointed by this, as some awesome moments were spoiled a bit by the low resolution available in the 360 degree mode. I feel that 4k capturing, at a minimum, is necessary for this this feature to really be fully realized.

To be honest, I wasn’t sure what to expect going into this review with the SP360. I knew that I wanted to test it out while traveling, and give the camera a fair shake at being on hand while I wandered around Colorado Springs for a week of hill climb racing. I was pleasantly surprised by the camera overall, I think the quality is more than acceptable for the casual consumer, and that the bundle is a spectacular value.

I think if you had $300 to spend and wanted a camera that could take great self portrait shots, some HD video of your travels, and have the versatility of an action camera, the Kodak is certainly worth considering. I do think that the camera needs a bump to 4k recording to make the 360 more viable, and that there are some issues with accessories like the suction cup mount, but this isn’t necessarily a deal breaker for the casual consumer. For me personally, if Kodak bumped the 360 video resolution up, this would be an immediate buy. However even without that, I think it made a competent travel camera, and is worth considering when shopping in this segment of the market. It seems to be the best bang for the buck option around.