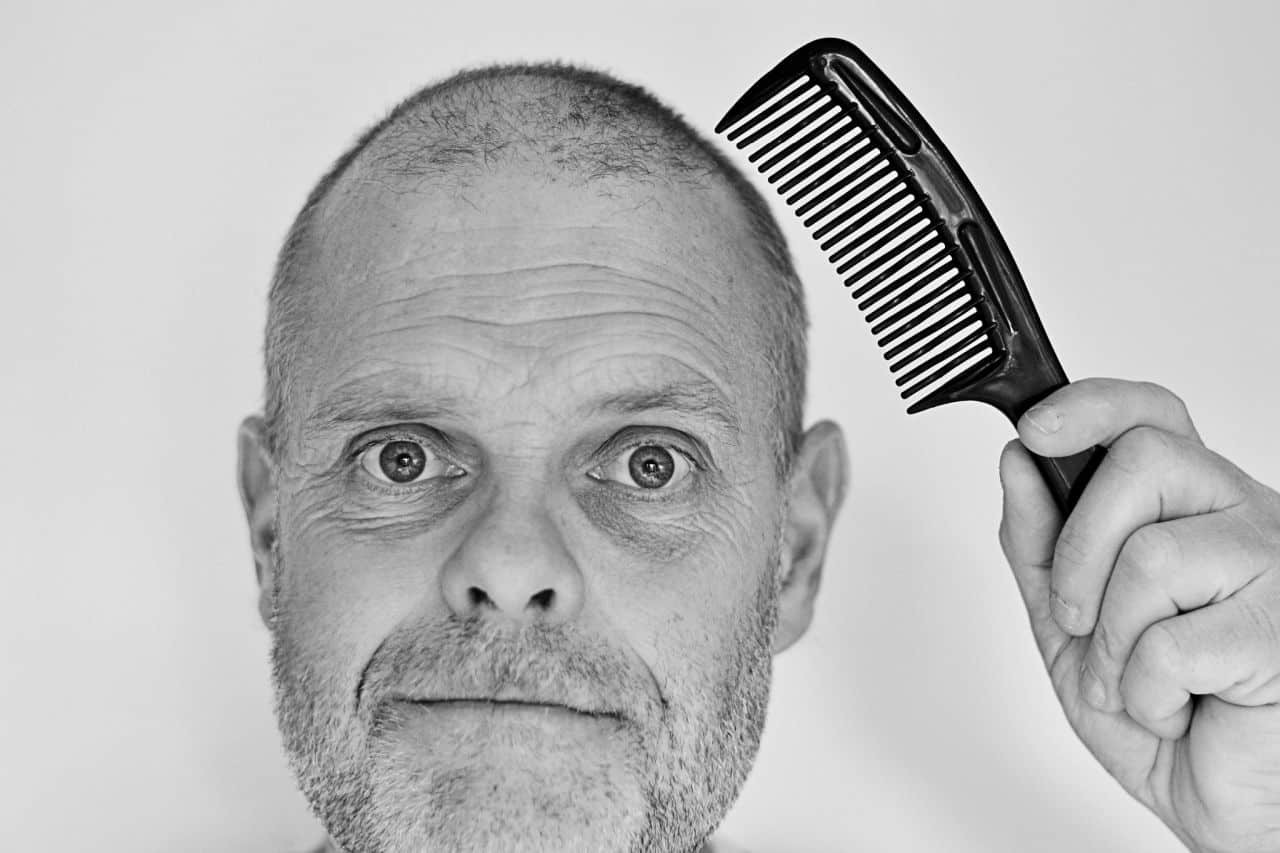 There is no cure for male pattern baldness, but there are treatments that can slow down or stop the progression of the condition.

What Is Male Pattern Baldness?

For men who experience hair loss, their hair follicles are becoming sensitive to the hormone dihydrotestosterone (DHT), which weakens the follicle before eventually leading to complete baldness.

Men with male pattern baldness will see their hair receding at the temples and crown of their head while losing some density in areas where they still have hair.

The Causes Of Male Pattern Baldness

Androgenetic alopecia is the medical term for what is more commonly known as male pattern baldness, and it’s the most common form of hair loss in men. It is thought to be related to an excess of the hormone dihydrotestosterone (DHT) in the scalp, although the true cause of baldness in men isn’t fully understood.

baldness is generally assumed to be something you inherit from your father and male relatives, but it’s also thought that lifestyle factors may play a role.

The Treatments For Male Pattern Baldness

Male pattern baldness is most noticeable as a receding hairline and can also be seen as thinning hair, usually at the top back of the head. The good news is that there are several treatment options available. These include medical options, surgery, and lifestyle changes.

Medication is the most common treatment for male pattern baldness. The two most commonly prescribed medications are finasteride and minoxidil.

Finasteride is a popular treatment administered as a pill that is taken once daily. It works by blocking the production of testosterone, which can help to prevent further hair loss.

Minoxidil is administered as a lotion, a topical solution that men can apply to the affected scalp area up to two times per day. This lotion works by stimulating new hair growth.

Surgery is another option for treating male pattern baldness. Hair transplants are a popular choice and whether you decide to get hair transplants UK, in Europe, or in the US, there are options for you out there.

The Toll of Male Pattern Baldness

Hair loss is often considered a cosmetic issue, but it can be a source of great distress for many men. In addition to the emotional toll it can take, hair loss can also profoundly affect a man’s self-esteem and confidence. As it is a common problem for men, this could even make seeking treatment harder as there is the stigma of trying to be ‘better’ than others, or even that looking after your health and appearance is somehow ‘weak.’ You might have a family or partner who is so used to seeing you a certain way that they start joking around if you try to change yourself. Male Pattern Baldness is something you should not be ashamed of and does not need to put up with if you don’t want to. You should always seek treatment where your physical or mental health is at stake – you should never settle for being anything less than happy.