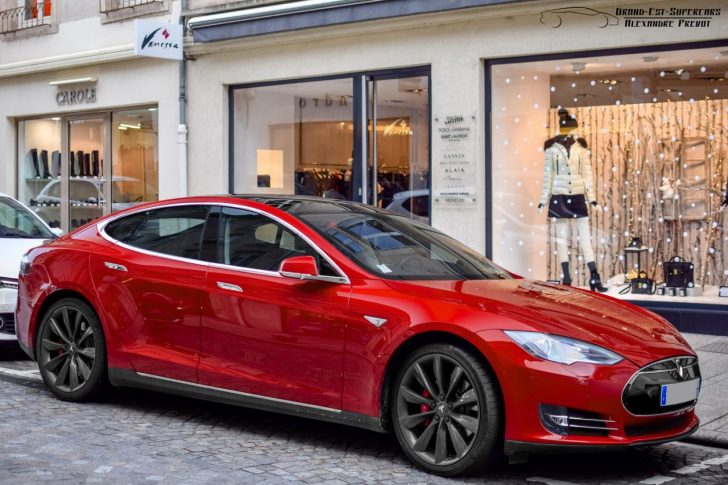 How Smart Technologies are Revolutionizing our Driving

The current world is continuously evolving, often for the better, thanks to the rise of smart technologies. Every mundane task from brushing our teeth to the way we exercise, to the way we communicate, and access information has been modified significantly.

Back many years ago, it was revolutionary to place takeaway delivery orders over the phone. Nowadays, app-based services such as Deliveroo and Uber Eats remove the little human interaction there was and allow the user to order food without even speaking to someone.

There’s another industry which has felt the stark effects of rapidly developing technologies is the automotive industry.

Car brands are also working to keep up to date with the latest technology in a digital driven world. At the rate that smart technology is advancing, companies have to work hard to avoid being left behind. We’ve already seen huge advancements such as in-car Bluetooth systems, dash-cams, and key finders. But what’s next for the world of automotive tech? The smart technology predictions over the next few years are set to totally revolutionise the way people drive. These new ideas will focus on safer driving, easier driving, and adding more fun enhancements to your driving experience.

Phones play a huge part in our driving experience — this isn’t set to slow either. Recent innovations have seen car manufacturers such as Hyundai, pair up with the Android Wear app which allows users to complete a number of commands from your smart watch. From your watch you can start your engine remotely, lock your car’s doors, sound your horn, and turn the headlights on and off.

Additionally, built-in integration with apps is set to become more commonplace with new car models. Many models now integrate popular apps into the infotainment system, making it look just like the usual screen on your phone.

In the near future, augmented reality dashboards will provide you with all the information you could possibly need to enhance your driving experience. Giving your dashboard a video-game aesthetic, AR displays will show any information you need to know about the car itself. They will also give you other vital information about the road, such as how quickly you’re approaching another car, and how best to avoid collisions.

For a number of years, the thought of having self-driving cars has been somewhat of a very imaginative pipe dream. The idea once seemed futuristic and farfetched, but the tech is now being developed and tested by leading automotive companies such as Audi. Similar to the idea behind inter-car communication, self-driving cars are set to reduce the risk of human error on the road. The result? A safer and more reliable way to travel.

Back in 2009, Google’s Self-Driving Car venture began, and since has been rebranded as Waymo. After ordering a Waymo on an app, a self-driving car will pick you up and take you where you need to be — a journey which promises to be both extremely safe and very comfortable. The idea behind Waymo is that you can ‘ride with confidence’ and these vehicles have been branded as ‘the most experienced drivers’.

For many, adopting self-driving cars might seem like a huge risk, but it would appear that this technology is likely to be integrated into our daily lives. At this rate, we’ll have access to self-driving cars in our local Seat dealer sooner than we could have imagined.

If you find that your parking skills are far from acceptable, fear no more.

There already exists parking assistant technology that enables cars to locate parking spaces and guide itself into it. But with new infrastructure around automated parking systems forecasted, the future looks bright for those who hate parking.

Newer technology will have drivers drop their car off at the entrance of a garage, allowing it to venture off and find its own parking space. And when you’re ready to be reunited with your wheels? A simple tap on an app will signal to your car that it’s time to journey back to the drop-off point.

Has it ever crossed your mind how helpful it can be to control your car by simply waving your hand? Like magic, you will soon be able to control many elements of your vehicle with mere gestures. As well as being futuristic and fun, this tech is set to make driving easier and safer. Instead of jabbing at buttons on the radio, or being tempted to reach out for your phone, you will soon be able to point at the screen of your infotainment system to accept an incoming call — a simple solution that means you’ll never have to take your eyes off the road.

Cars hooked up to the internet have become commonplace. Soon however, these internet-enabled cars will have the ability to communicate with one another, transforming our driving experience. Communication between cars will help prevent collisions, with precision that human error has never before allowed us to achieve. Before a collision can occur, the car-to-car communication system will foresee the accident and alert the driver to the potential consequences. They will then be able to react quickly and avoid catastrophe.

We’re certainly excited to see how the motoring world will change over the next decade — increasing both safety and fun while driving!

Originally published on February 13, 2020 in Cars