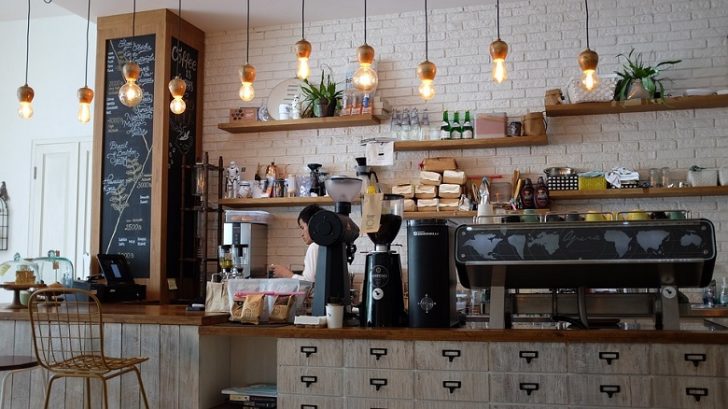 How I Gave Up Paying 5 Bucks a Cup for Coffee

Every morning I stumble down the stairs with bleary eyes like a newborn kitten unable to focus until I have had my morning cup of coffee. I have never been a person who is only interested in the bitter black coffee that comes out of my coffee maker. I need it to be tasty. I need it to be just a little bit sweet. I crave just a bit of creaminess. All of these things together kind of trap me in a vicious circle where I get stuck paying an absurd amount of money for foamy milk and sugar-free syrup. When really you could put honey in your coffee instead of sugar.

Then one day I took a look at how much I was giving to that green and white mermaid and realized that one hundred and twenty bucks later I had developed a serious problem. A problem called latte-enza it’s a dangerous disease where even the mere mention of caffeine send you running for foamed milk and espresso.

It had to stop! So I did some digging and found that with a couple of Amazon purchases totaling less than I normally spend in a month with that emerald siren. I would be able to enjoy the flavors which I had been desperately craving for the past few years of this life spent managing contracts, showing houses, and scrambling to meet highly unrealistic deadlines. Real estate life is grand but it definitely runs on large quantities of caffeine and alcohol. The former I have found affordable ways to create at home. The latter, well, that’s a story for another day.

I knew that something needed to change and that I HAD to find a way to reduce costs. So I sat down and thought about what it was about these sometimes overly sweet caffeine-laden drinks that I was so desperately craving. I figured out that it was the foamed milk and flavoring syrup which really held my interest.

Now, I know what you’re thinking. Sugary syrups are BAD for you. You would be correct. They are. Which is why I got sugar-free syrups. I Know they are only marginally better but hey a girl has to have her small joys or she goes crazy alright? The magic didn’t come from the syrup, but from the golden plastic pump which I was able to place inside the glass bottle of “sugar-free” goodness. Make no mistake it feels so very efficient to be able to just put two pumps of delicious S’Mores flavored syrup into your morning cup of joe.

Foamed milk held such a fascination for me that I simply had to have it. It felt like this really luxurious thing that I had no idea how to make in my kitchen. Like it could only come from this magical steam wand on the edge of these three hundred dollar espresso machines. I went to youtube and looked at milk steamers and it was a game changer. After perusing effectively a hundred or so different ones via different videos on youtube I settled on a mid range milk frother which could make both hot and cold foam.

My life has NEVER been the same. I have been absolutely blowing away by the range of drinks I have been able to create with these two relatively inexpensive gadgets. I can’t recommend them highly enough.