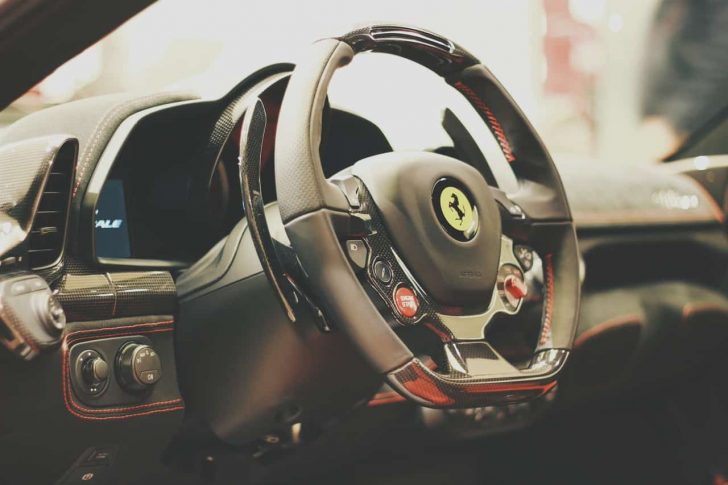 England being crowned world champions on home soil thanks to a Geoff Hurst hat-trick and Cassius Clay defending his world heavyweight title five times within a 12-month period weren’t the only great sporting moments to grace 1966. In fact, American manufacturers Ford were about to do something special in France — something, that for motorsport fans, will never be forgotten.

Here, with Lookers Ford, who offer Ford Servicing, in Doctor Who style fashion we rewind the clock back 53 years to visit Le Mans, embracing one of the greatest motor-sport events to ever occur.

Back in the early 60s, rumours began to circulate that Italian engineer, Enzo Ferrari, had, in the words of Andrea Bocelli, made it his Time to Say Goodbye. Henry Ford II set out on a mission to enter the racing market and acquire the Italian manufacturer. Unfortunately for the American, months of deals, which looked certain to materialise, bared no fruit.

Henry then knew the only way to re-cooperate losses inflicted by the Italians was to hit them where it hurt — by attacking their endurance championship domination at Le Mans.

After investing what was estimated at $10 million in the challenge, Ford were restricted in the sense they didn’t have racing expertise. Unlike the Italians who were born racers, Ford were relatively inexperienced in the area. Enter Roy Lunn, a British engineer, who over a life spanning 92 years (1925-2017), cemented his position into the automotive hall of fame, thanks to sheer revolutionary ingenuity.

Roy was the head-honcho at Ford’s advanced vehicle department, and just months after Ford arrived back from Italy with no deal, he was able to present the mid-engine GT40. It remains as not only one of the American manufacturer’s, but the world’s most incredible engineering project to date. Teaming up with the small Brit-based racing team, Lola, who had created the Mk6 GT prototype, Ford had found their machine to win the Le Mans.

Carroll Shelby, a retired racer, had been welcomed on board. With him, he brought his Cobra engineering prospectus, replacing a 4.2-litre engine with a 7.0-litre. The initial success of the GT40 wasn’t to be without technical hitches, however. Maxing out at 200mph wasn’t an issue for the V8 — stopping it from doing a Chitty Chitty Bang Bang on the other hand, was. The powerful mid-engine vehicle with an unstable aero package proved costly.

The race season throughout 1965 failed to muster any real attack in the fist-fight against Ferrari, as DNFs at a series of events for Ford, including the 24-hour endurance race, meant the Maranello based outfit had claimed its fifth Le Mans in a row.

1966 was going to be a different year though. The year that Ford had worked so desperately for.

Arriving to the city in the North-West of France, this was the most organised Ford Racing had ever been. They had brought a sword to a fist-fight. Ferrari on the other hand, had become complacent — only entering two cars.

Both Ferrari cars had retired by lap 227, the latter of the two suffering a water leak in the engine, finishing 47 laps before the finish. Despite the fact the two Ferraris were out, Ford hadn’t won the battle just yet. By the final pitstop, Ford were taking grip of Le Mans and their preparation shone. The Americans had arrived with eight cars, and by the final pit-stop, they had the 1-2-3 Henry Ford could only have dreamt off.

Henry was desperate to rub the salt into the wounds of the Italians however, and commanded that the drivers cross the line together, to create the perfect photo finish for Ford that would, without doubt, create history.

The race report for the day signed off:

“A lot of people said the Ford victory showed you could win Le Mans if you poured in sufficient dollars, but anyone who believed this had no idea of the fantastic amount of work put into the project from the time of the arrival in France, let alone in America.”

Originally published on December 16, 2019 in Cars