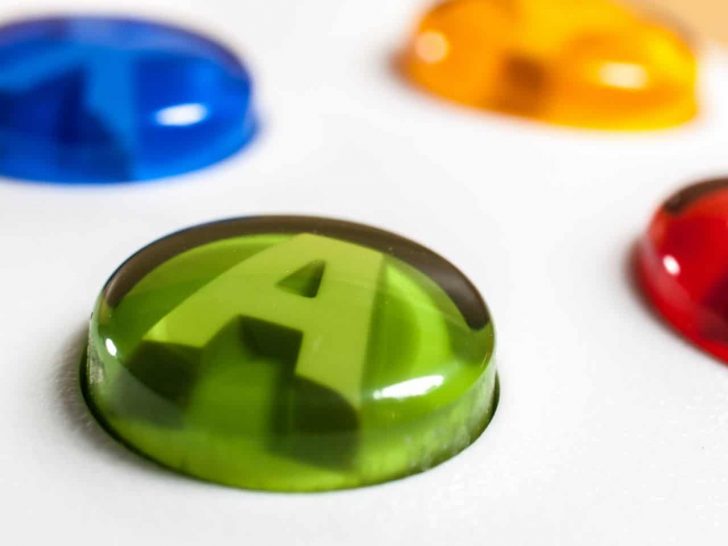 For a long time, it was understood by everyone involved in the world of gaming and technology that Microsoft’s fabled “Project Scarlett” didn’t involve the creation of just one new video gaming console, but two. Just as there’s going to be a lightweight, cheaper version of the PlayStation 5 that does away with the disc drive and deals only in downloaded games, there will be a cheaper version of the new Xbox machine too – and it’s going to be called “Series S.” The name was already strongly rumored, but confirmation eventually arrived earlier this week by way of a leaked image of the console’s controller.

While the leak – which came by way of a version of the controller that’s somehow been sold directly to a customer via the website “Offer Up” – confirms the existence and name of the new console, it doesn’t give very much away in terms of product specification or capabilities. What it does demonstrate is that the ‘new’ Xbox controller is virtually identical to the controller that’s used now on the Xbox One – a controller that is itself almost identical to the controller of the Xbox 360. it’s a little bulkier than the current-gen controller when shown side by side but appears to have the same buttons and functions. That would make sense given the fact that Microsoft has already confirmed that Xbox One controllers will still work on the Xbox Series X system, meaning that existing owners don’t have to buy new controllers along with the new console if they want to play games with their friends.

Even in the face of this seemingly incontrovertible evidence, Microsoft is refusing to acknowledge that the controller is theirs, or that the Xbox Series S officially exists. All they’ll tell journalists who contact them for a statement is that the company has “a lot in store” for Xbox gamers in 2020, and they’re excited about sharing news in the near future. They point blank refuse to comment on the issue of how a brand-new controller managed to escape into the wild and appear on a re-sale website. While the company is keeping its lips firmly sealed, fans are picking over every detail of the controller’s design, and speculating further about what form the Xbox Series S might take when it finally arrives.

In all likelihood, the Xbox Series S will be virtually identical to the Series X but will come without a disc tray in the same way that the alternative PlayStation 5 doesn’t accept physical discs. This isn’t a case of Microsoft copying Sony; if anything, the reverse is true. The first ‘disc-free’ console created by a major player in the video game industry was the Xbox One S, which was released last year. It’s expected that the lack of a disc drive will make the machine approximately $100 cheaper than its bulkier sibling, and so although pricing isn’t yet confirmed, the Series S will most likely retail for between four and five hundred dollars brand new, with the Series X expected to come in somewhere between five hundred and six hundred dollars depending on the package chosen by the buyer.

Those of you who aren’t regular gamers may be wondering what the point of paying more for a version of a console that has a disc tray is if all the games can be downloaded, and owning a hard copy of them isn’t necessary. The simple answer to that question is that it all comes down to space. Although some hard drive space is taken up when a game bought on a disc is installing itself, at least half of the game data stays on the disc. That’s why the disc still needs to be inserted whenever the game is played. With a digital version, all of the data that would usually be on the disc is stored on the console’s hard drive instead. If you play multiple games regularly – or you don’t like parting with old save game information – you can quickly fill up the hard drive. That’s why the Series S might only make better sense than the Series X to players who play three or four games at a time.

Being able to offer consoles at a lower price point than they have at the past with these ‘digital’ consoles is an integral part of both Sony’s and Microsoft’s strategy to head off the new kid on the block in the shape of Google and its Stadia product. If you’re yet to come across that, the best way we can describe it is as a sort of video game version of an online slots website. The gamblers among you will be well aware that the existence of online slots websites means that Online Slots UK are no longer tied to gaming cabinets, and can be played anywhere in the world so long as there’s a device with a screen and a steady internet cable available. Stadia has made the same possible for video gamers; it’s allowed people to play games without needing a console. It’s a slightly more complicated arrangement than the average online slots website, but in form and function, it’s broadly similar. Instead of being stored at the user’s end, the games and associated save data are stored on servers at Google’s end, and streamed to the player using the Stadia app or through their Stadia-enabled browser. It’s a totally new concept – one that’s still in its infancy – but as it theoretically makes gaming cheaper and more accessible than it has been in the past, it was essential that the console makers found a way to respond. These cheaper consoles appear to be that response.

As the release date of the new Xbox is still unknown, we can’t predict when the console will become available to buy (even if versions of the controller have somehow found their way into the second-hand market). As we’re in August now and the console (or consoles) are to be released during the last quarter of the year, though, we should get solid news very soon. Microsoft has been almost cute in the way that it’s stayed coy about its new products so far this year, but they can’t keep their silence for much longer. Expect to hear more on this console shortly!

Originally published on August 13, 2020 in Gaming