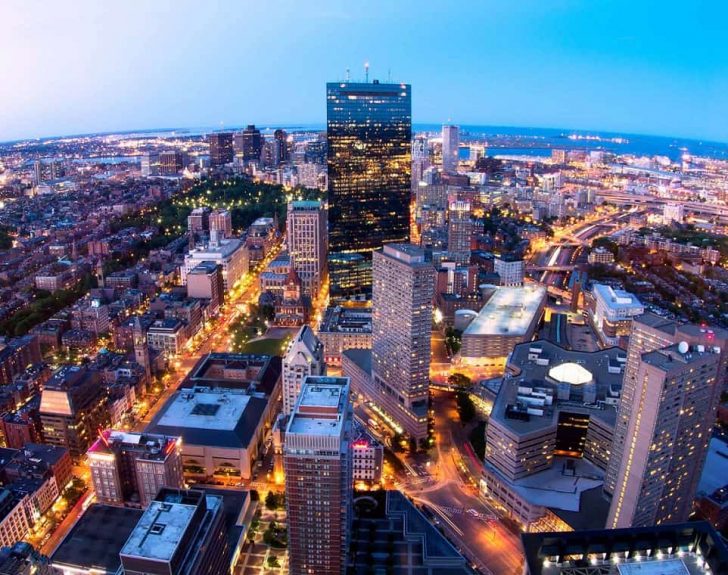 How to Experience Boston in Only One Day

No wonder a trip to Boston is worthy of just about anybody’s time.

While a trip to Boston should last at least a week in order to truly appreciate what it has to offer, sometimes all you’ve got is a day, and because Boston is such a stellar place, it can deliver in a time crunch. If you only have a full day and full night in one of America’s best cities, here’s the six things you can’t miss.

1. Go to a Red Sox Game
Boston’s Major League Baseball team is one of the most storied and beloved franchises in all of professional baseball, and Fenway Park still feels like a ballpark of yesteryear. While the Red Sox were finally able to reverse the curse in 2004 when they won the World Series after trading Babe Ruth to the Yankees 86 years earlier, Fenway still holds a magic and drama unlike any other baseball park.

If you get a chance to visit Boston during baseball season, make sure to take in a game. If it’s the off-season when you find yourself there — check Flights.com for the best fares during the winter — at least go to Fenway and take a tour.

This two and a half–mile trail is marked by red paint and brick, and it covers the highlights of 16 of Boston’s most notable historic sites. See the Paul Revere House, the site of the Boston Massacre, Boston Common, Bunker Hill Monument and plenty more. Wear comfortable shoes, and bear in mind that actually wandering into many of the sites will take up the better part of a day. However, for the American history junkie, it’s a must.

3. Get a Cannoli and a Cappuccino in the North End
While you’re out and about on the Freedom Trail, save your hunger and need for caffeine for the city’s North End, where a high concentration of Italian immigrants settled in years past. These days find the North End filled with some of the best Italian food in America, and the area’s quaint brick streets and excellent bakeries are reminiscent of the Old World. Grab a cannoli and a cappuccino either late morning or mid-day at Mike’s Pastry.

4. Tour the Old North Church
After you’ve grabbed your cannoli, head over to the Old North Church where the church’s sexton, Robert Newman, carried out orders from Paul Revere himself to alert the locals about whether or not the British were coming by placing a lantern signal in the church’s steeple. In addition to being an important part of the American Revolution, the church itself is also stunning. It contains America’s oldest running clock in a public building, and many of the furnishings date back to the 1700s.

5. Walk the Black History Trail
After you’ve gotten your fill of the Freedom Trail’s grand offerings, head back to Beacon Hill and follow the Black History Trail. Start at the Museum of African American History and wander among the 14 sites along the trail. One particularly moving highlight is the African Meeting House where, in 1860, Frederick Douglas delivered a rousing and important anti-slavery speech after being kicked out of Tremont Temple.

6. Get a Drink, Eat, and Catch some Live Music
Once you’ve exhausted your history-learning abilities for the day, it’s time to partake of some literal Boston flavor. Home to some exceptional restaurants, dive bars, and music venues, the odds are good that Boston has something right up your alley. For a swanky evening, get a reservation at O Ya, Uni, or T.W. Food. For a classic dive bar experience, wander over to Southie and hit Biddy Early’s, The Corner Pub, or The Tam. End your evening at one of the city’s great music venues such as:

Great jazz happens here every night of the week.

The Lizard is a great place to catch the best local music. If you can, hit it on a Wednesday for Dennis Brennan’s residency.

This famous folk club still hosts some of the biggest folkies in the nation.

Boston has many stories to tell, and most of them will take longer than a day. However, the city’s energy and history are so well-defined that, even if all you have is one day and one night, you’ll still feel like Bean Town treated you right.

Now, if you’re from aboard and loved Boston so much that you want to move there, well… you’re going to face a few challenges. Getting a Visa isn’t exactly easy, especially if you’re from certain parts of Europe. In order to get one, you’ll need to work with someone like https://estapermits.org/. After that? Smooth sailing.