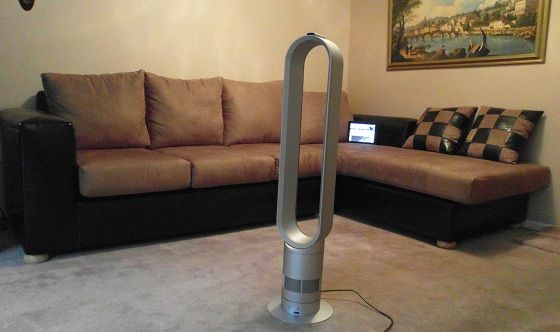 Over the last couple of years, we’ve written quite a few times about products from Dyson and for good reason.  Simply put, Dyson makes some of the most eye-pleasing minimalist products that are not only good at doing what they’re supposed to do but they can also be considered as an added design element to a room, particularly their Air Multiplier fans.

The first thing I noticed about the fan was just how cool it looked, the fan looks good in pictures but in real life it’s quite something else.  It’s like something created by an architect to go in a modern downtown loft.  The Air Multiplier AM02 comes in either white or silver finish, the one we have is the silver one.  The fan came in a box in three pieces which were easy to put together, I think it took me about a minute to put it together. 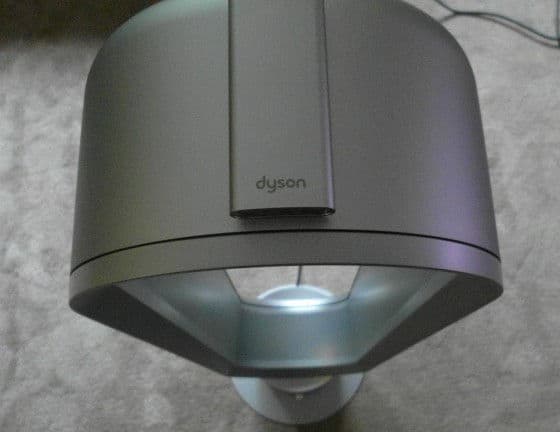 The AM02 has the same small tower for the engine and buttons like the AM01 but has a long surface that blows air.  The controls are located on the tower with two buttons and a knob in the middle, one of the buttons is for powering on/off the fan and the second one is for the oscillating function, the knob controls the speed of the fan.  Below the tower is a large round disc that provides stability for the fan which is needed because of its height.

The Air Multiplier AM02 is quite powerful, it moves a lot of air around in the room and really does make the room seem cooler.  Since there are no exposed blades, the air coming from the fan has no buffeting (just like the commercials say) and feels like a nice summer breeze.  As an added bonus, you don’t have to worry about kids sticking their fingers into the blades that are found on standard fans.

In our previous review, we had two minor complaints.  One was the lack of a remote control to turn up/down the speed and to control the oscillation, this has been remedied and the Dyson Air Multiplier AM02 comes with a sleek looking remote control that performs all functions mentioned above and the top of the fan has a built in magnet that lets you attach the remote control to the fan when not in use.  This should reduce the “honey, where’s the remote control”.  Our second complaint was about the noise coming from the motor, although the AM02 seems quieter, it could use a bit more sound-deadening.  Don’t get me wrong, the Air Multiplier does not make that much noise but I’m being picky.  I can easily live with the current setup.

In conclusion, would I recommend the Dyson Air Multiplier AM02 bladeless fan to friends?  The answer is yes, it’s a great looking fan that moves a lot of air around and keeps you cool on hot summer days and it’s definitely a conversation piece.  Everyone that saw our AM01 fan in person had lots of questions about it and they were pretty amazed by the magical way it “made” air. 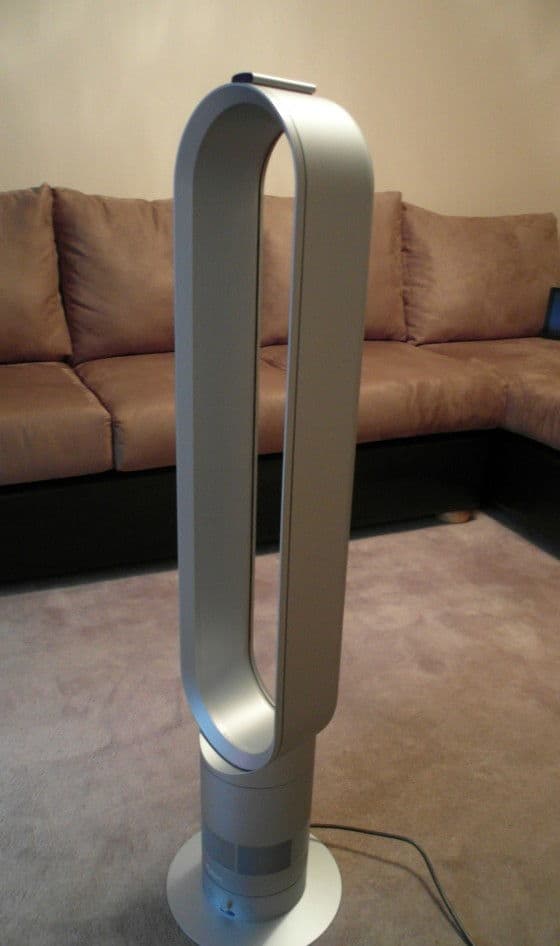 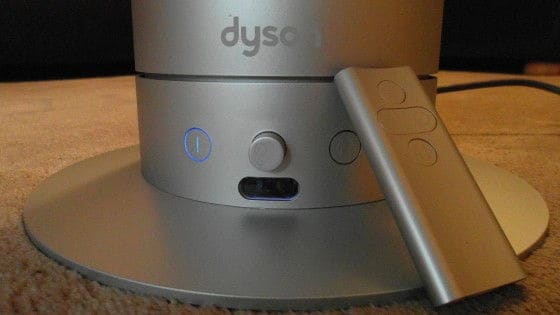 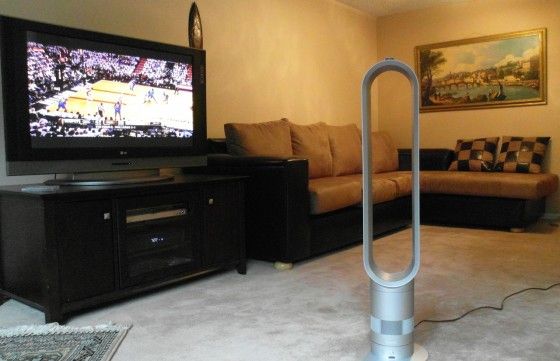 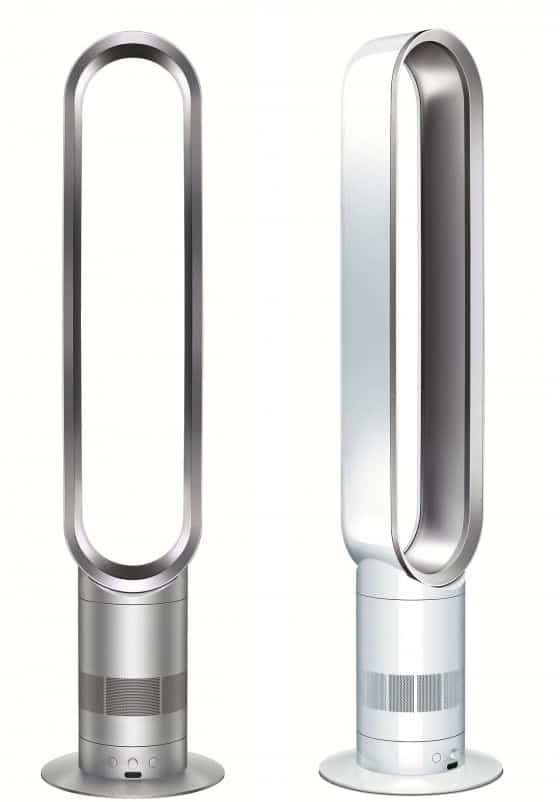