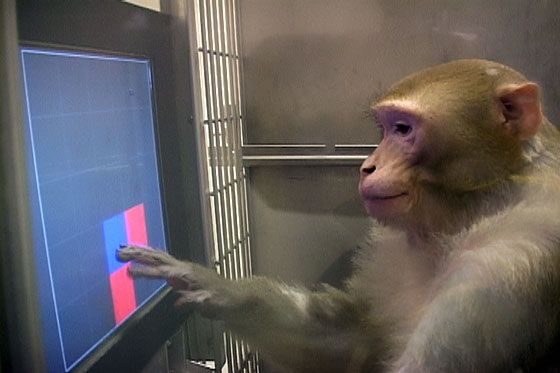 About a year ago I saw an article published on Wired about an experimental brain training game called Dual N-Back. They claimed that the Dual N-Back game could actually makes people smarter after just a few weeks, playing the game for just 20 minutes 4-5 days a week. Intrigued? I certainly was.

What I’m about to convey is hardly revolutionary, and instead should be treated as a brief and laughably vague overview of Dual N-Back, the science behind it – as described by an average Chad – and my impressions of the exercise. You’ll laugh, you’ll cry, and perhaps you’ll become more intelligent too. Cherish this, as it’s rare that any of my articles actually help people become more intelligent. It’s usually quite the opposite.

What is Dual N-Back?

It’s a game in which a sequence of visual and auditory stimuli are presented in tandem, every few seconds. The player is then required to remember the previous location of the visual stimuli (usually a colored square), and also where the previous sound originated from, thus the name Dual N-Back. The point of this game is to increase a person’s short term memory (working memory) and fluid intelligence, the kind of intelligence that allows you to think logically and solve problems in novel situations, ie: how to convince a woman that she should probably sleep with you.

If all of this sounds confusing, it’s only because I’m explaining it poorly… let’s use a picture instead! 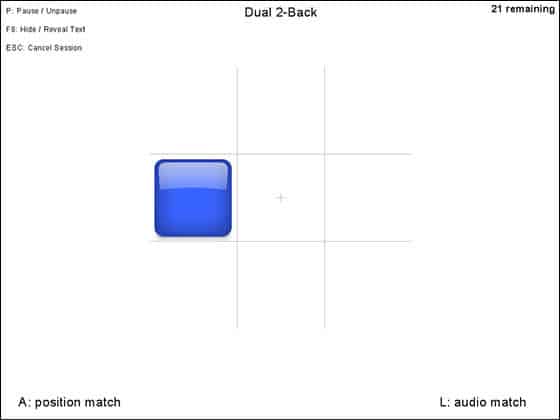 How do you Play?

Basically, you use buttons on your keyboard to indicate if the current image location and sound are the same as they were, say, two times back in the sequence. If both the sound and image match the previous location, you indicate that by hitting keys on your keyboard; one for the image, and another for the sound. The game generally starts in 2-back mode, and increases in difficulty as you improve. The better you get, the more difficult the game becomes as you’re required to remember the location and sound of stimuli from 3, 4, and 5 sequences back. Still not making sense? Here’s a brief video tutorial from Brain Workshop, my Dual N-Back weapon of choice:

Well, I certainly like to think so! I’ve played Dual N-Back using both the Windows based Brain Workshop program, as well as an online version called Cognitive Fun. Though I never bothered to test my performance before and after beginning the training, I feel that both my ability to concentrate and hold an assortment of information in short term memory have improved substantially. I had an unbelievably poor short term memory before… so bad in fact that I used to joke that I would forget things in advance of trying to remember them.

If you’ve got time to kill and an interest in trying a game that’s both challenging and possibly cognitively rewarding, do yourself a favor and give Dual N-Back a try. I’m a big fan of the offline Brain Workshop version for Windows, but if you’re on another operating system or would rather play online, Cognitive Fun works just as well.